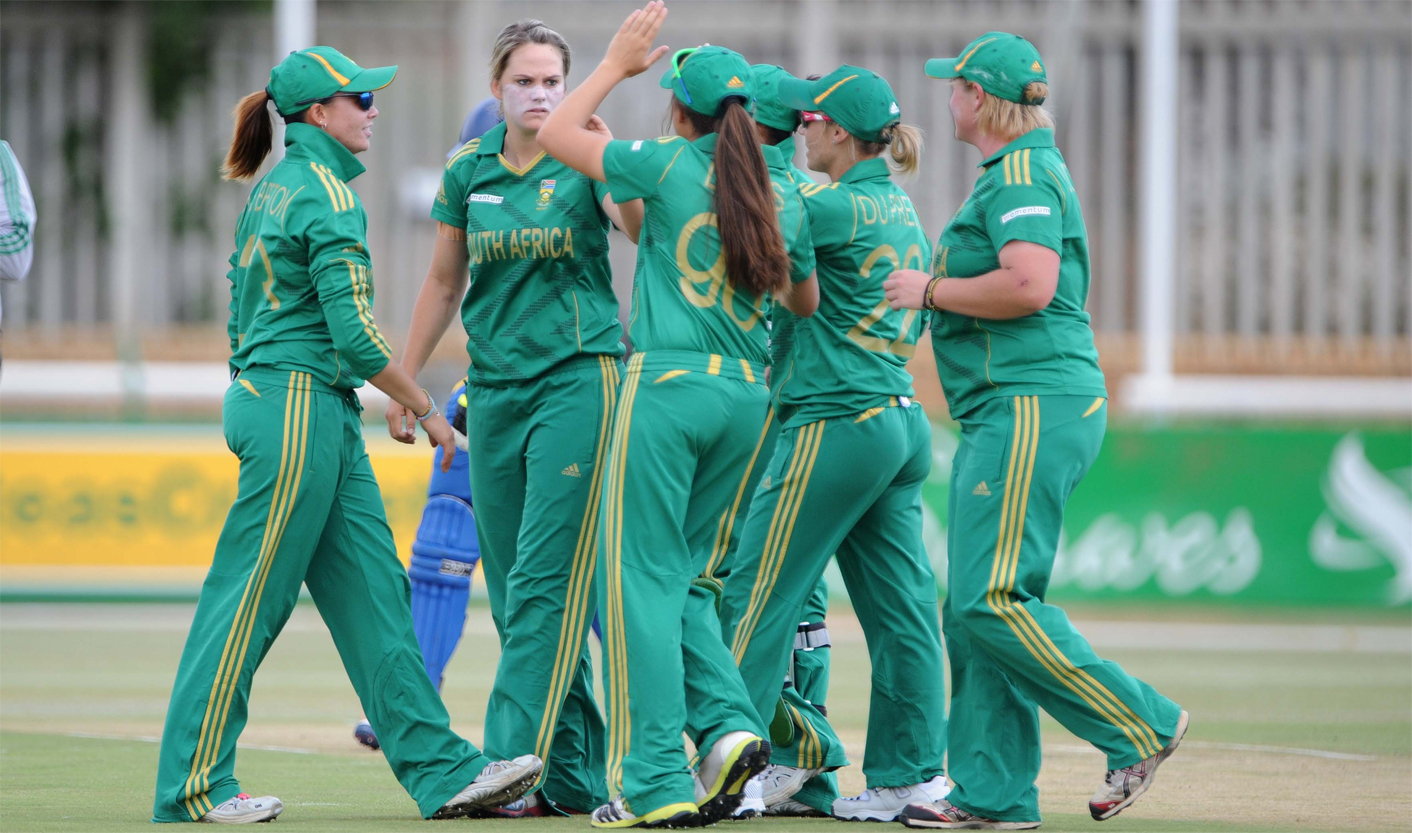 The South African women’s cricket team will return home from the UK victorious after a 3-0 series win over Ireland. Despite losing 3-0 to England, this has been a watershed tour for a group of women who have only just been given the opportunity to go pro. By ANTOINETTE MULLER.

What defines success in sport? For big teams, it’s always the big results on the field and creating a legacy that fans will remember for years still to come. For smaller teams, it’s all about learning as much as they possibly can in the shortest space of time.

The South African women’s cricket team ended their UK tour with a 3-0 series win over Ireland, after losing 0-3 to England just a few days ago. After their eight-run loss in the final of three games at Edgbaston on Sunday, the mood in the camp was far lighter than it had previously been – and deservedly so.

Their first outing last week saw them lose by nine wickets at Chelmsford in what was called a “mismatch” by some commentators. From there, things improved rapidly and on Sunday, they very nearly beat one of the best teams in the world. While an unstable middle order and severe inexperience cost them, the women had reason to feel content. That’s not a sense of content that celebrates mediocrity, but rather a sense of content that celebrates very nearly achieving what didn’t seem possible just a few days ago.

Having all just gone pro a few months ago, the South African women’s cricket team also had their first-ever series broadcast on national TV. Anyone who tuned in would know that there is still a long way to go for this team, but they are certainly not an embarrassment. They are fit, they are eager to learn and they possess a big pool of young talent that can focus on making cricket a viable career.

Just two members of the squad are over 30 – Marcia Letsoalo and Sunette Loubser – and the latter will be retiring soon. Just one other member is over 26 and the youngest members, Sune Luus and Andrie Steyn, are 18 and 17 respectively. If this side manages to stick together for two years, they could very well go on to become world beaters. Some have already played with men in academies, while Marizanne Kapp recently played at Lord’s in a Rest of the World XI team. The raw talent is there; it’s now all about shaping it, and their UK tour will go a long way in the lessons required to move forward.

After their loss at Edgbaston, captain Mignon du Preez was asked whether the series against Ireland was one she expected to win. She said yes, before quickly adding nobody that can be taken lightly. The team lived up to expectations quite easily, winning the first two matches by 56 and 46 runs on Tuesday before wrapping up with a six-wicket win on Wednesday. Despite a sluggish batting performance in the first match – just two batters passed 30 – the bowlers were outstanding all-round. Everyone chipped in with at least one wicket as the Ireland ladies were bowled out for 71. Shabnim Ismail continued to bowl with good pace as she keeps on growing her reputation as being one of the fastest girls on the block.

The second T20 was more convincing from the batters, with both Trisha Chetty and Mignon du Preez notching up half-centuries. Du Preez, who struggled for form against England, was particularly impressive. She hit 69 off just 42 balls, returning to the kind of blitzkrieg strokes that has made her one of South Africa’s most prized players. From a bowling perspective, rookie Ayabonga Khaka was excellent. Playing in just her second-ever T20, she bagged four for 23, with Sune Luus also picking up four wickets for 21 to help SA to their second win.

The final T20 brought two wickets apiece for Ismail, Khaka and all-rounder Chloe Tryon as the visitors chased down 110 with ease.

There were landmarks during the series, too. Both Du Preez and Trisha Chetty reached 700 runs in T20is, the first SA women to achieve this feat. Chetty, the wicketkeeper and vice-captain, became the first woman to play 50 T20s for South Africa, while Dane van Niekerk reached the landmark of 30 wickets and 500 runs, the first ever SA woman to do this in T20is.

For the women, this has been a watershed tour in many ways and they now move on to the ICC Championships away in Sri Lanka before heading home to focus on their domestic commitments. They will not host any teams over the South African summer, which is perhaps the greatest shame of all. Still, the recent tour has at least raised the profile of the sport somewhat and enlightened those who weren’t even aware of the existence of the SA women’s cricket team.

The road ahead for the team is long, but as women’s cricket continues to grow, both through broadcasters showing faith in it and corporate sponsors getting on board, the road will be a little less rocky. In England, women’s cricket has grown rapidly and it continues to improve. The sport has benefited greatly from a broadcast deal with Sky, something that is yet to happen in South Africa and it might be some time before it does, but at least the women keep proving that they can hold their own on the global stage. DM