Analysis: Did drones kill Al-Shabaab’s leader, and why does it matter? 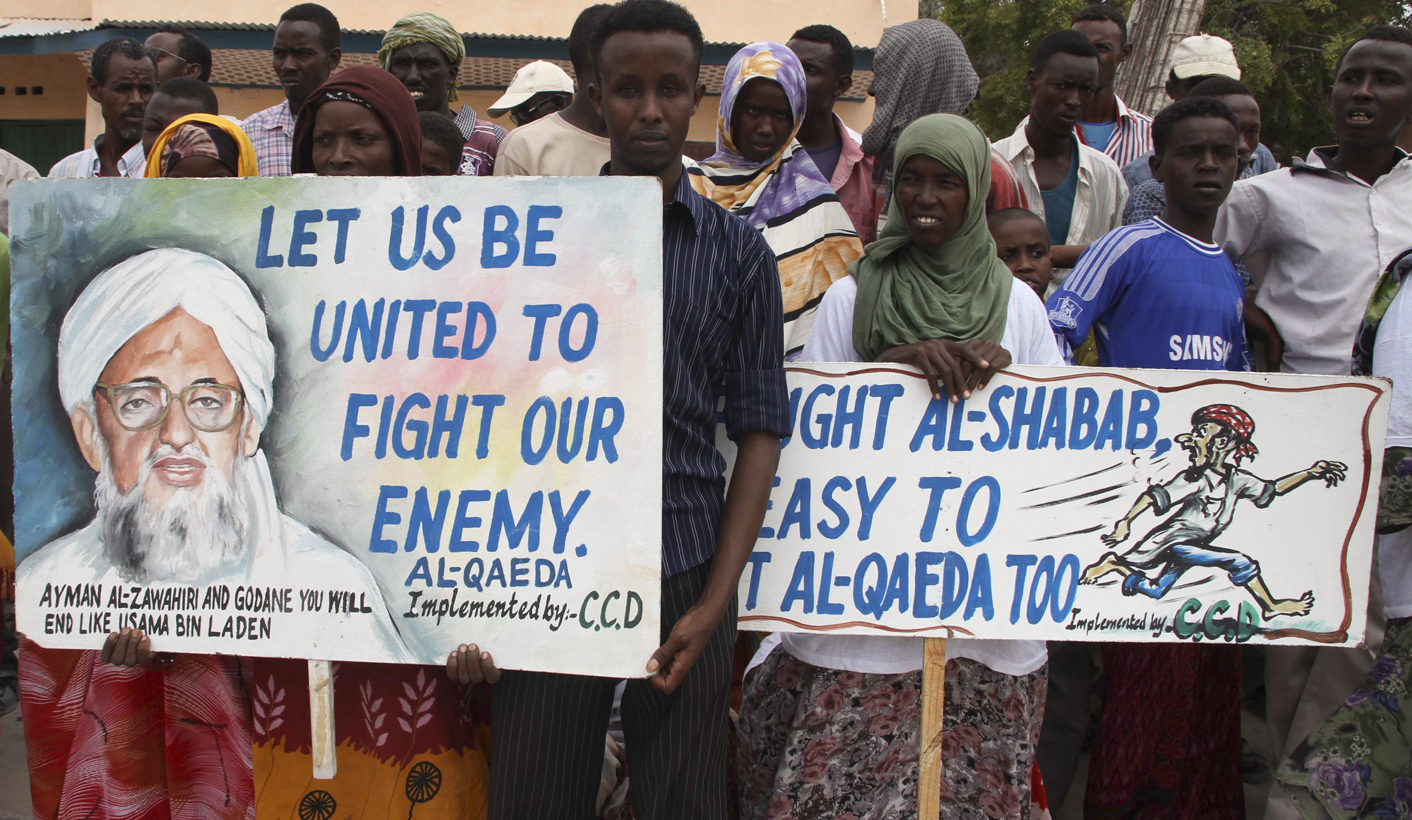 Drone strikes aimed at Al-Shabaab leader Ahmed Abdi Godane reportedly hit their target, but no one’s sure if he’s actually dead or not. A lot rides on the outcome – and not just the future of Somalia. SIMON ALLISON looks at what this could mean for east Africa’s most dangerous terrorist organisation, and for the American drone programme designed to contain them.

On Monday, American drones struck deep in Somalia. They targeted a convoy of vehicles in the Lower Shabelle region, not too far from Mogadishu. Eight people died.

Travelling in the convoy was Ahmed Abdi Godane, undisputed leader of the radical Islamist group known as Harakat al-Shabaab al-Mujahideen – or more commonly just Al-Shabaab, ‘the youth’. He was the principal target, but no one knows yet if he was among the victims, not even the Americans with their sophisticated eyes-in-the-sky and global eavesdropping capability.

“If he was killed, this is a very significant blow to their network, to their organisation, and, we believe, to their ability to continue to conduct terrorist attacks,” said Pentagon spokesman John Kirby.

For one thing, Kirby is right. Godane’s death really would be a huge setback for Al-Shabaab, one that it may struggle to recover from. “If confirmed, the death of Ahmed Godane could deal a major blow to Al-Shabaab and could be the beginning of the end,” said analyst, Abdi Aynte, on Twitter.

For this, Godane only has himself to blame. The Al-Shabaab leader spent much of last year consolidating his position within the organisation. A brutal purge of top lieutenants left him as Al-Shabaab’s undisputed emir. High profile assassinations took out any obvious successors, including Ibrahim al-Afghani and the American Omar Hammami, while others, such as spiritual leader Hassan Dahir Aweys, were forced to escape into government custody. Aweys was the de facto leader of Al-Shabaab’s nationalist faction and his departure was a major victory for Godane and his international jihadists.

But that victory came at a price. By vesting all power within himself, Godane left Al-Shabaab reliant on his own longevity – which, in this part of the world, is impossible to guarantee, especially when you are a man with as many enemies as Godane.

So if Godane is really dead, it is likely to spark a crisis within Al-Shabaab as new leaders jostle for position. Given that the African Union Mission in Somalia is in the middle of a new offensive to reclaim Al-Shabaab-held territory – Al-Shabaab still control most of south central Somalia – this could hardly come at a worse time for the group. But if he has survived, then perhaps the drone strike will serve as a timely reminder that he must redesign his organisation to outlast him.

Monday’s air strike is also a major development for America’s drone programme in Africa. The US has been operating unmanned aerial vehicles in East Africa for several years, mostly from Djibouti’s Camp Lemonnier, but is rapidly expanding its drone capacity in the region and across the continent. Africa’s radical Islamist groups are the principal targets. Earlier this week, the Washington Post reported that the Pentagon was planning to open a second drone base in Niger. “The new base in Agadez will put US drones closer to a desert corridor connecting northern Mali and southern Libya that is a key route for arms traffickers, drug smugglers and Islamist fighters migrating across the Sahara,” the paper said.

So far, Somalia has seen the most action from American drones in Africa. According to the Bureau of Investigative Journalism, there have been six to nine drone strikes in Somalia in the last seven years, killing between 16 and 30 people (mostly militants; only one civilian is suspected to have died). These are still relatively small numbers, however. In Yemen, there have been at least 65 drone strikes from 2002 to 2014, killing at least 339 people (64 civilians); and in Pakistan an astounding 390 strikes from 2004 to 2014, killing at least 2,347 (416 civilians).

Critics argue, with good reason, that drone strikes constitute human rights violations, especially when civilians become collateral damage. But if Monday’s attack on Godane was indeed successful, it may just provide vindication for US policymakers who consider the drone programme to be a primary counter-terrorism tool.

The US has a long history in Somalia, of course, but its darkest moment came in the infamous Black Hawk Down incident in 1993. The plan was to send in special forces to capture the top lieutenants of a warlord that was terrorising Mogadishu. The special forces went in, but the plan failed miserably – an hour-long operation turned into an overnight standoff, killing hundreds of Somalis and 18 Americans. The next day, American corpses were dragged through the streets of Mogadishu, and gung-ho American interventionism took a body blow from which it would take years to recover.

Now, of course, special forces are not necessarily required to take out high value targets. Often, the Americans can simply send in an unmanned drone instead; same result, but without the potential cost in lives and public humiliation. It’s easy to understand why drones are an attractive option for the people making the difficult decisions. And if Godane really is dead, and Al-Shabaab struggles to recover in his absence, then perhaps it’s time to concede that drones do have a role to play in modern counter-terrorism.

It’s a big ‘if’. For now, however, we must wait and see whether reports of the Al-Shabaab leader’s death have been greatly exaggerated – or whether he is the latest casualty in a long-running conflict that has already claimed tens of thousands of lives. DM