How not to counter terrorism: the Kenyan edition 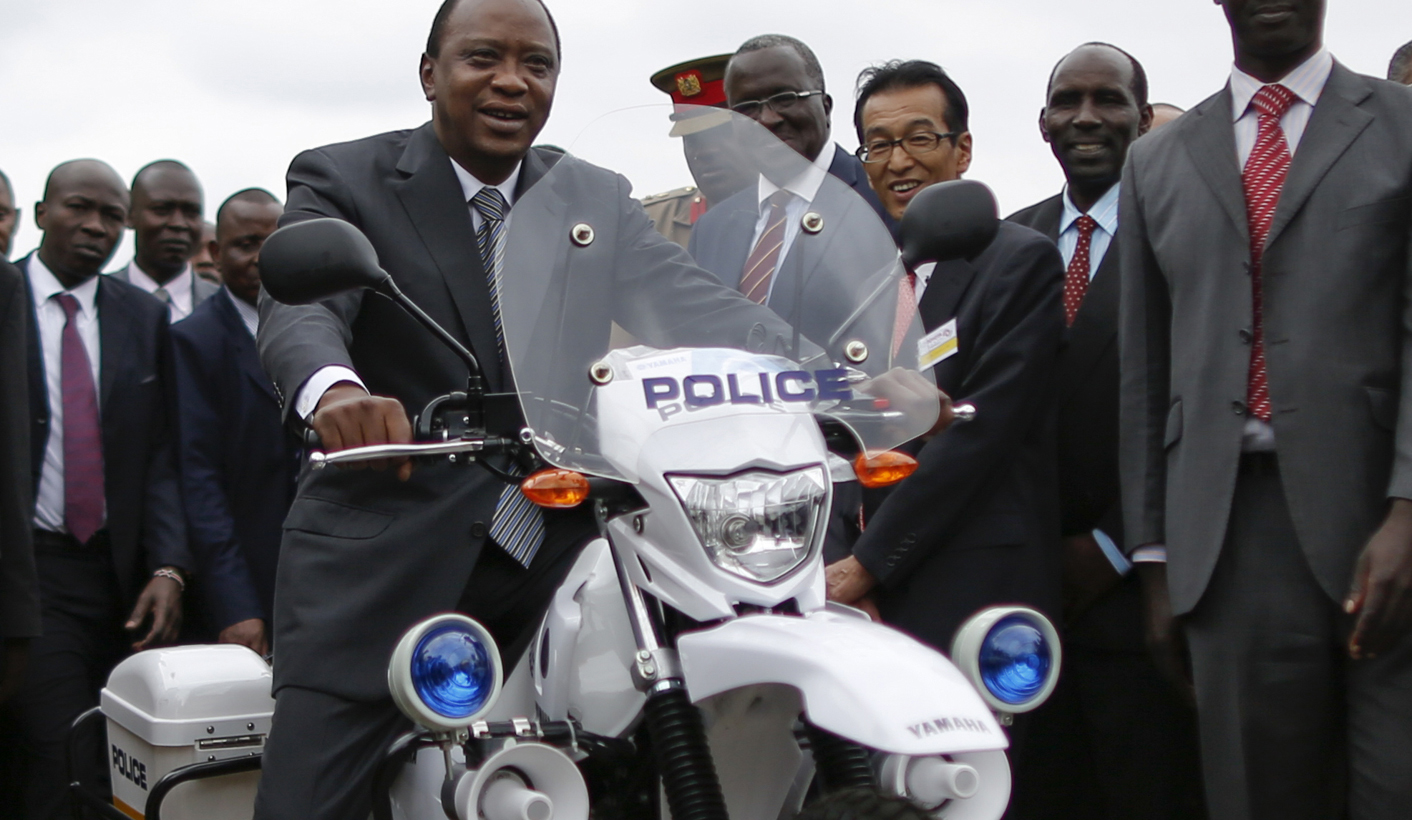 In an effort to combat domestic terrorism, and in a bid to create an “open and united country”, Kenya is breaking its own laws to harass, kidnap and execute suspects. It’s a strange way to go about things, and could well backfire on the Kenyan government. By SIMON ALLISON.

In the wake of last year’s Westgate siege, in which 67 people were killed, Kenyan President Uhuru Kenyatta issued a grim warning to its perpetrators.

“We have overcome terrorist attacks before. In fact, we have fought courageously and defeated them within and outside our borders. We will defeat them again. Terrorism in and of itself, is the philosophy of cowards,” he said. “But let me make it clear. We shall hunt down the perpetrators wherever they run to. We shall get them. We shall punish them for this heinous crime. I have directed security agencies to be decisive in their response to this or any other threat.”

Nearly a year later, and we have a clearer picture of what it means when Kenyan security forces are “decisive in their response”. Advocates for basic human rights and the rule of law, look away now.

Human Rights Watch (HRW) released an extraordinary report last week detailing exactly how the Kenyan government is responding to terrorism. It focused particularly on the activity of Kenya’s special Anti-Terrorism Police Unit (ATPU), which is implicated in a spate of extrajudicial killings and mysterious disappearances, not to mention the seemingly routine arbitrary arrests, torture and harassment of suspects in custody.

In total, HRW documented 10 instances of extrajudicial killings and 10 of enforced disappearances since 2011.

“Kenyan counterterrorism forces appear to be killing and disappearing people right under the noses of top government officials, major embassies, and the United Nations,” said Leslie Lefkow, HRW deputy Africa director. “This horrendous conduct does not protect Kenyans from terrorism – it simply undermines the rule of law.”

The stories are chilling. Shabaan Namusenda Makotse, for example, was eating fruit salad on a bench in Mombasa when three men gunned him down, recognised by witnesses as plain-clothes ATPU officers.

Hassan Omondi Owiti and his wife, Shekha Wanjiru, were asleep at home in Nairobi when ATPU commandoes burst in. The police claim the couple threw grenades at officers, and were killed in self defence, but witnesses say there was no resistance at all.

ATPU officers at Musa’s house in Nairobi arrested Abdulaziz Muchiri and Ali Kipkoech Musa. The unit suspected they had ties to Al Shabaab. They were detained without charge and appeared in court twice, before being removed from court to an undisclosed location in May this year. They remain missing. The last time their relatives saw them, they were in poor condition – swollen bellies, bruised bodies and faces and their clothes stained with blood.

Of course, Kenya is dealing with a serious terrorism problem at the moment. According to the US Embassy, there were at least 70 grenade and gun attacks in Nairobi, Mombasa and Garissa (a town near the Somali border) between 2011 and 2014, most attributed to Al Shabaab, the Islamist militant group based in neighbouring Somalia.

As explained before in the Daily Maverick, the Kenyan invasion of Somalia in 2011 – targeting Al Shabaab – has failed to diminish the terrorist threat. In fact, things have become markedly worse since the invasion.

This means that the counterterrorism push has shifted to the domestic front, with Kenya’s police – and specifically the ATPU – leading the charge. This has already resulted in thousands of arbitrary arrests and blatant racial profiling of Somali refugees and ethnic-Somali Kenyan citizens, as part of the controversial Operation Usalama Watch. This operation has succeeded in limiting terrorist attacks in Nairobi, but at what cost to Kenya’s commitment to justice and the rule of law?

And the latest HRW report shows the abuses have not stopped there.

This is a problem for Kenya, and not just because the bleeding liberal hearts of the human rights fraternity are upset. Setting aside for the moment the fact that the ATPU’s actions are in stark violation of international law and Kenya’s own constitution, the hardline approach simply doesn’t make sense from a security perspective. All over the world, experience has shown us that brutality breeds brutality. The harder a government cracks down, the harder it becomes to solve the underlying problems that cause terrorism in the first place.

“Too often, in the name of counterterrorism, security forces forget that human rights violations such as detainee abuse, denial of fair trial guarantees, extrajudicial killings, and unlawful renditions, create instability by undermining the rule of law and alienating affected populations. In short, unlawful tactics… do little to reduce terrorist violence. To the contrary, they may well make the situation worse,” noted the Open Society Justice Initiative in a 2012 report on human rights violations committed in Kenya and Uganda in the wake of the 2010 World Cup bombing in Kampala. Sure enough, the situation has got worse since then – and Kenya risks repeating its mistakes.

Recent research conducted by Anneli Botha, senior researcher at the Institute for Security Studies, proves this yet again. She asked current and former members of Al Shabaab and the Mombasa Republican Council (MRC) – the two most significant radical Islamist groups with operations in Kenya – what exactly motivated them to sign up. Their answers were unequivocal. “When asked to clarify or to provide additional information on what finally ‘pushed’ the person to join, the majority of both Al Shabaab and MRC respondents referred to injustices at the hands of Kenyan security forces, specifically referring to “collective punishment”. When asked to identify the single most important factor that drove respondents to Al Shabaab, 65% specifically referred to government’s counterterrorism strategy,” said Botha.

It’s a startling statistic, and proof that far from solving the problem of terrorism, brutal counterterrorism strategies only makes things worse.

Of course, President Kenyatta knows all this already. In that same post-Westgate speech, he outlined exactly what Kenya’s counter-terrorism strategy should be.

“The despicable perpetrators of this cowardly act hoped to intimidate, divide and cause despondency among Kenyans,” he said. “They would like us to retreat into a closed, fearful and fractured society where trust, unity and enterprise are difficult to muster. An open and united country is a threat to evildoers everywhere… The way we lead our lives; in freedom, openness, unity and consideration for each other represents our victory over all those who wish us ill.”

The recent actions of the ATPU specifically, and of the Kenyan security establishment in particular, are hardly conducive to freedom, openness and unity. President Kenyatta needs to change course soon, or else rein in the rogue elements of his security forces that have not subscribed to his noble vision. Otherwise, he risks creating exactly the closed, fearful and fractured society he warns against – and the terrorists will have won. DM