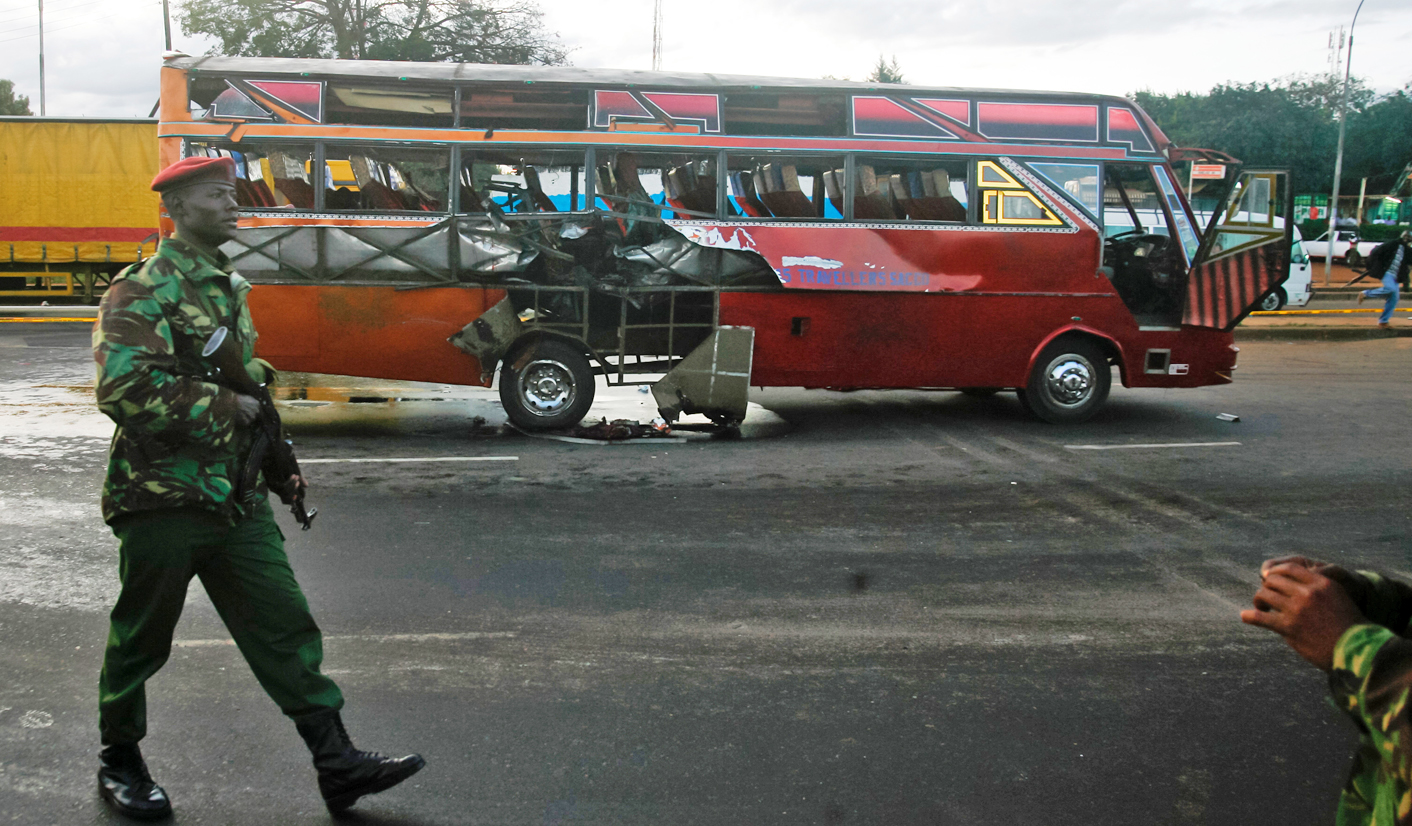 No one disputes that Kenya has a serious problem with domestic terrorism. This weekend was further proof, if any was needed: another seven people dead, and scores injured in four separate attacks. But Kenya’s response isn’t helping. While the violence may have its root in Somalia, this doesn’t mean that Kenya’s large ethnic-Somali population deserves to be punished. By SIMON ALLISON.

“We have arrested almost 4,000 people in this operation,” said Kenya’s interior minister Joseph Ole Lenku in early April, referencing Kenya’s high-profile Operation Usalama (peace) Watch, designed to put an end to the shootings, bomb blasts and grenade attacks attributed to Somali Islamist militant group Al Shabaab. Since then, even more have been detained – most without charge and in deplorable conditions.

What Ole Lenku didn’t say was that almost all of these new inmates, bar the odd unfortunate Ethiopian, were Somali refugees or ethnic-Somali Kenyans. They were rounded up en masse as Kenya’s hapless police, unable to track the real culprits, went in for straight-up racial profiling instead. This isn’t counter-terrorism – it’s state-sponsored xenophobia.

He also neglected to mention, although he must surely have known it to be true, that this cack-handed, indiscriminate approach – which included the accidental, but highly embarrassing, detention of one of Somalia’s top diplomats in Nairobi – was unlikely to actually stop the terror. It was more of a public relations exercise, an attempt to show the Kenyan people that their government was not helpless in the face of terrorism, that it was doing something to protect them.

Except the something wasn’t good enough.

This weekend, there were more explosions. In Mombasa on Saturday, four people were killed when a grenade was thrown at a crowded bus stop. Another bomb went off at a luxury hotel in the city, but no one was injured. And on Sunday, in another a coordinated attack, there were explosions on two buses in Nairobi. Three people died and another 62 injured. No one has claimed responsibility, but all fingers are pointing towards Al Shabaab or one of its sympathetic partner organisations in Kenya.

Kenya’s troubles with domestic terrorism started in 2011, when Somali militants and mercenaries – including, but not limited to, Al Shabaab – began expanding over the border, looking for new hostage targets. Several Kenyan resort towns were attacked, and a few foreign tourists nabbed, posing an existential threat to Kenya’s vital tourism industry, which contributes a hefty 14% of GDP. The government used this threat to justify a full-scale invasion of Somalia, with the express purpose of removing Al Shabaab from power (there were other motivations for the invasion: a long-held desire to create a buffer state between Kenya and Somalia, for one, and Kenyan leaders’ need to distract the population from their ongoing tribulations with the International Criminal Court).

The invasion worked, to an extent. Al Shabaab, although still a powerful force, has lost plenty of territory and revenue and remains on the back foot. The Kenyan troops have now been incorporated into the African Union Mission in Somalia (Amisom), a large intervention brigade which almost single-handedly keeps Somalia’s Federal Transitional Government in power.

The invasion failed with its primary goal, however. It was supposed to halt domestic terrorism. In fact, it did the reverse, precipitating dozens of attacks on Kenyan civilian targets as Al Shabaab retaliated. The highest-profile of these was last year’s attack on the Westgate shopping mall in Nairobi, the three-day stand-off between gunmen and police leaving 69 dead.

The Westgate attack really showed up the impotence – and incompetence – of the Kenyan authorities when it came to counter-terrorism. It took several hours for the rapid response team to get to the mall (TV crews beat them there comfortably); miscommunication between the security services resulted in one policeman being killed by his own colleagues; and, most damningly of all, most of the gunmen were able to escape through the police cordon.

Instead of taking a long, hard look at its own performance, Kenya again went for the easy scapegoat. In an operation almost identical to Operation Usalama Watch, police cracked down on ethnic Somalis.

“[Operation Usalama Watch] bears a striking similarity to the one mounted against the terrorists during the Westgate Mall attack in that both are bullish, brutal, impulse driven and reactionary. Moreover, both types of operations involved different security arms and departments of government,” commented Peter Aling’o, senior researcher at the Institute for Security Studies Nairobi office. “A further similarity is that both operations are aimed at an enemy described vaguely as ‘terrorism’ – but which is difficult to identify in reality, despite being present throughout the country and the region.”

Aling’o warns that far from helping, the heavy-handed tactics could backfire on Kenya. “This only deepens a sense of resentment, isolation, and discrimination, which are sure recipes for radicalisation, extremism and ultimately further terrorist activities.” It’s a self-fulfilling prophecy, in other words: the longer you treat ethnic Somalis as terrorists, on the basis of their ethnicity alone, the greater the risk of them actually becoming terrorists.

Not that this appears to worry minister Ole Lenku. Asked by South African journalist Fahmida Miller about the potential backlash, he responded: “Let them try.” Whether or not it’s working, ethnic Somalis in Kenya can expect more harassment from the Kenyan authorities for a long time to come. DM

Photo: Kenyan security officer patrols at one of the scene of explosions in Nairobi, Kenya, 04 May 2014. EPA/DANIEL IRUNGU