Malema’s (new) day in court: No drama, no fireworks 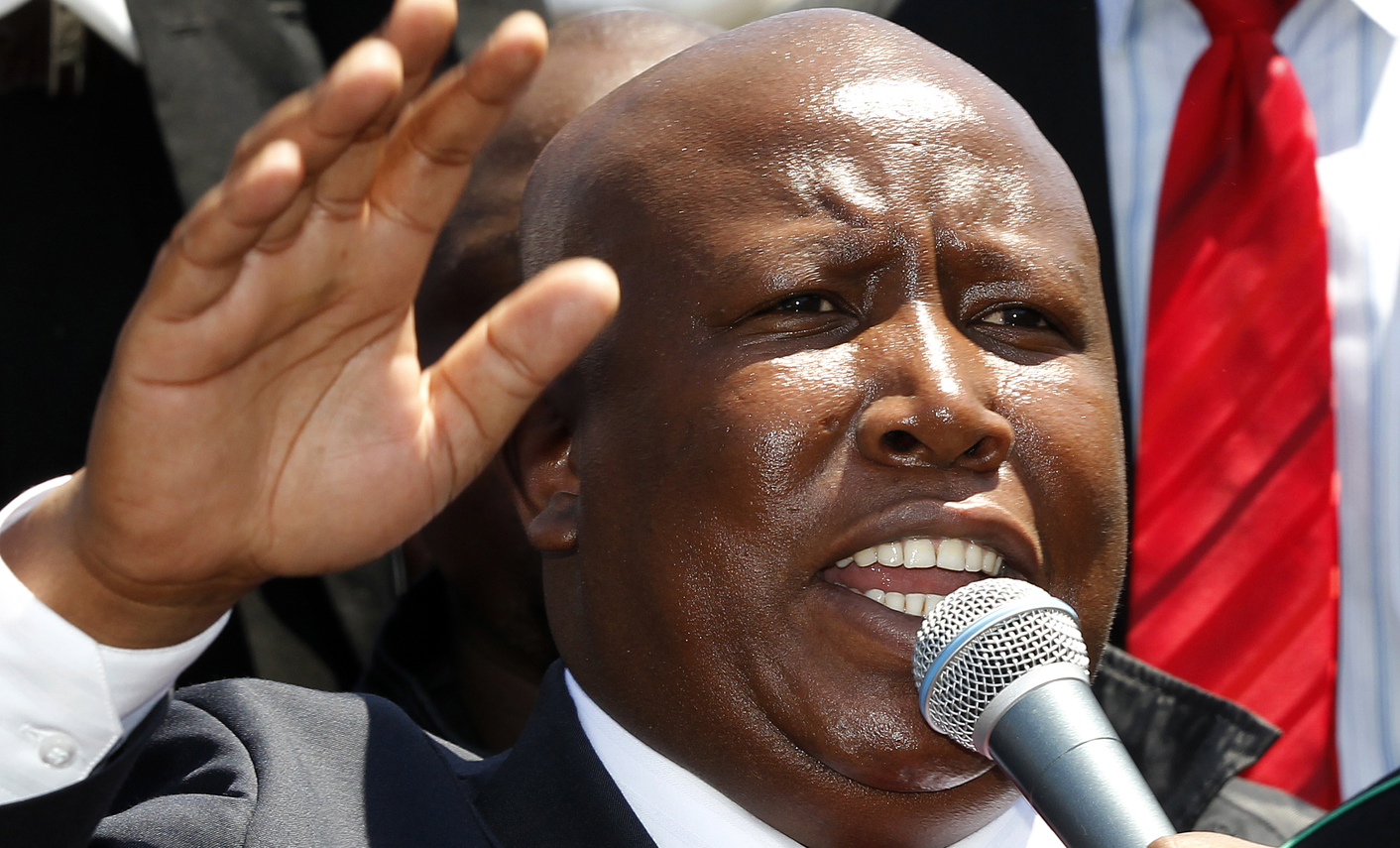 For now, Economic Freedom Fighters leader Julius Malema is on track to settle his tax debts, allowing him to continue badgering the ANC in Parliament. His comments on Monday, however, were about Parliament and how the ruling party has lost the plot after a bunch of MPs refused to stop singing and dancing last week. By GREG NICOLSON.

The stage was all set for Malema’s North Gauteng High Court appearance. Firstly, if things went horribly wrong and Malema was declared an unresolved insolvent, he could no longer be an MP. Then, regarding his agreement with SARS to pay off the remainder of his R16 million tax bill, questions have been raised as to where he got the money. On Sunday, City Press claimed the money could have been dirty. “Impeccable sources” said alleged tobacco smuggler Adriano Mazzotti had made donations to Malema, implying that money could have gone to the tax man. According to City Press, SARS is investigating the origin of the money and whether donations tax was paid.

If dodgy, Malema’s deal could be compromised. Democratic Alliance (DA) leader Helen Zille seemed excited, tweeting on Sunday, “Tomorrow Julius will have to explain in court who paid his R18-million tax bill and whether he paid donations tax. #PayBackTheMoney”.

Not exactly. His court appearance took only minutes and allowed for the provisional sequestration order to be extended while Malema follows the payment plan agreed to with SARS. He explained that he had to pay R1 million upfront and has since been paying R500,000 a month and another R30,000 comes off his salary. The last instalment is due on 28 November and if Malema continues to meet the details of the agreement the provisional sequestration will be struck off the roll on 1 December.

“As far as I’m concerned this matter is resolved and those that thought sequestration would be a short cut to my political life, they will be disappointed, because there’s not going to be any sequestration,” said Malema outside the North Gauteng High Court. He said the money was coming from a trust established for the public to make donations and claimed the accusations that Mazzotti funded his payments are a lie. “That’s absolute nonsense and I’m not shaken,” he responded on Monday.

While Malema has admitted wrongdoing, he has also claimed the SARS investigation was advanced by his enemies in the ANC as a way to sideline him. On Monday, he said SARS was going back to its old ways. Malema said they should simply ask him where the money is coming from and accused SARS of violating his privacy by making such investigations public. When investigating Malema, SARS took the unusual decision of making his tax affairs public in response to criticism he laid against them.

But tax issue was not on Malema’s mind on Monday. Instead, he wanted to respond to the responses to the EFF’s response to President Zuma’s lack of a response to Malema’s question in Parliament last Thursday. “South Africans need to ask themselves why is the ANC beating up war drums,” said Malema. The ANC’s reaction to the EFF’s protest in Parliament has been extreme. On Sunday, Blade Nzimande called on South Africans “to isolate this dangerous cancer within our body politic”. The ANC Youth League says its members need to “physically defend” the country. The MK Military Veterans Association says it will do all it can to prevent the EFF overthrowing the government. Jackson Mthembu meanwhile has said ANC members might not be able to contain themselves next time EFF act up.

Then there’s perhaps the most bizarre response. ANC Secretary General Gwede Mantashe said police need to be vigilant to avoid a coup and perhaps Parliament should be moved to Pretoria because police in the Western Cape, a DA-run province, were too slow to act. Mantashe is suggesting the police didn’t forcefully remove Juju and his colleagues because the DA is in charge.

“They are beating war drums. They are speaking violent language and no one condemns them,” said Malema on Monday. “If it was the EFF or Julius Malema [saying these things] we’d have all manner of nonsense… The ANC is speaking violence. The ANC is threatening the EFF and no one here is saying anything.”

Malema said his party was demonstrating peacefully in Parliament where they enjoy parliamentary privilege and compared the ANC’s response to that of Apartheid leaders. By calling for Parliament to move to Gauteng because an ANC government would be in control of the police (for the record, provincial SAPS commissioners answer to the national commissioner, not the provincial legislature) proves that politicians are giving instructions to the police, said Malema. He has a point and it proves the frenzy the ANC is in over the rise of the EFF.

Malema meanwhile faces his own opposition next month in court relating to corruption charges in Limpopo. He claims he’s innocent and is confident he will get off. DM