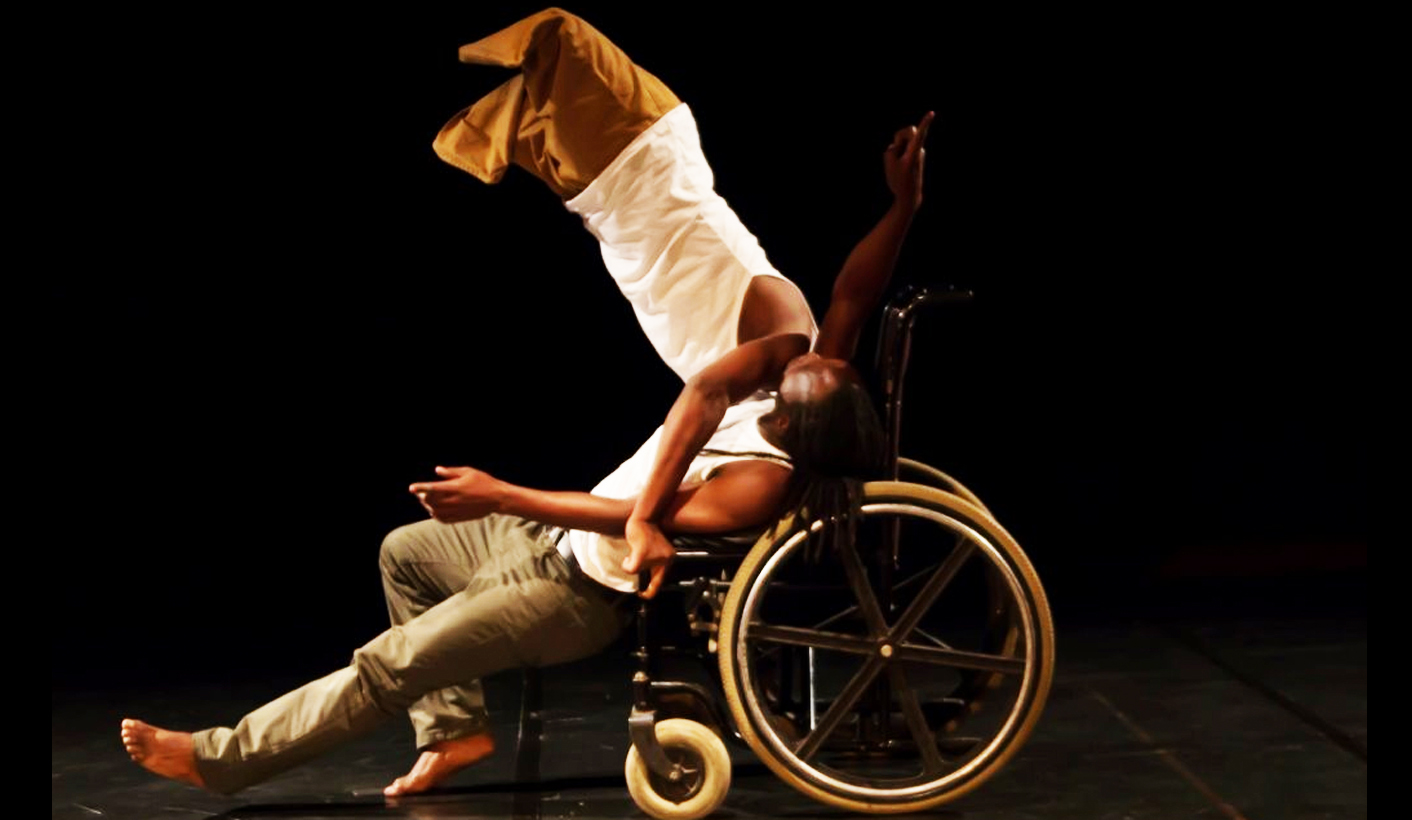 Capetonians love to casually claim their culture capital status, but hate to have to actually own it. With more art, theatre and music than you could shake a fist at, the empty seats on any given night bear testament to that other side of Capetonian character…the infamously flakey ‘RSVPossibly bru’. The fact is, if we want to be able to boast of the African avant-garde, we probably need to actually go to some of it every now and again. By CARLA LEVER.

Wednesday night, I was one of seven audience members at UnMute, a performance by an integrated ability dance company at the Theatre Arts Admin Collective in Observatory, Cape Town. It was a big crowd: the night before, there had apparently been only one attendee.

Give the Theatre Arts Admin Collective a pop- up coffee shop and a chintzy swallow print on the entrance table and it’d probably be swarming with hipsters in under thirty seconds. After all, it’s got all the hallmarks of a good hotspot: reclaimed ex-church building, high ceilings, wooden floors, original (read ‘now ironic’) signs for the Sunday school hall.

The problem? It’s too damn authentic. It’s not a space dressed up as a sanitised community arts workshop but which is actually a flimsy excuse for people to sip flat whites while pretending to write their next play on their MacBook Air. No, it actually IS an experimental community space for up-and-coming artists. That means it’s rough (hey, not everyone’s parents subsidises their projects). You will sit on plastic garden furniture. You will be asked to wait outside till everything’s ‘ready’. You will not have fancy lighting effects. You will not be able to buy drinks. TAAC is not well known. It is very, very cool.

The UnMute company, who are currently performing there, consist of four dancers, three of whom have physical disabilities. Their collective dance pedigree is long, with extensive Jazzart and Re/mix training; their choreographer currently has a production touring four countries across three continents.

UnMute is a forty-minute conversation around identity – a dialogue of difference and sameness that addresses the social silencing many with disabilities experience. All four performers dance powerful choreography that moves from tender to tense, delicate to defiant. Both individually expressive and collectively resonant, each dancer takes turns to provide both supportive and active roles for each other. No body is dominant; no body is passive or dis-abled.

The balance of power and energy between able-bodied and differently-abled, between men and woman, between dancer and wheelchair speaks of the possibilities inherent in inclusive community, in collective awareness. The soundtrack, which moves seamlessly from a Xhosa prologue to a Laurie Anderson number to sign language, at one point shifts into scratchy, broken sounds of suppressed speech – mutterings and plosives popping like a badly damaged record while the performers confront their audience, eye contact unwavering.

In a visually mesmerising final sequence, the group literally deconstruct the concept of the wheelchair, silver wheels spinning across body and space, to construct their own narrative. Their message is loud and clear. Their lessons for integration, for the normalcy of difference and the power of listening are profound.

Of course, the message of speaking up – and its implied, but often forgotten partner, listening out – are deeply relevant. In a media climate where disability can be used as mitigating argument in a murder trial as a defence for extreme fear of community, we could not be more in need of alternative voices. In a country where a man can perform utter nonsense at the highest level of public discourse – and here I speak not necessarily of our president, but of his spokesman, Thamsanqa Jantjie, the ‘fake translator’ – we could not be more sorely in need of renewed listening.

There are very loud truths to be heard around authentic integration, around meaningful interaction.

…Or rather there would be, if there were people willing to listen. DM

UnMute runs daily at the Theatre Arts Admin Collective until August 27. Performances are at 11am and 7pm and last for 40 minutes. Tickets are R50 and can be reserved on the website. Do yourself a favour.