Analysis: Has the nation state outlived its usefulness? 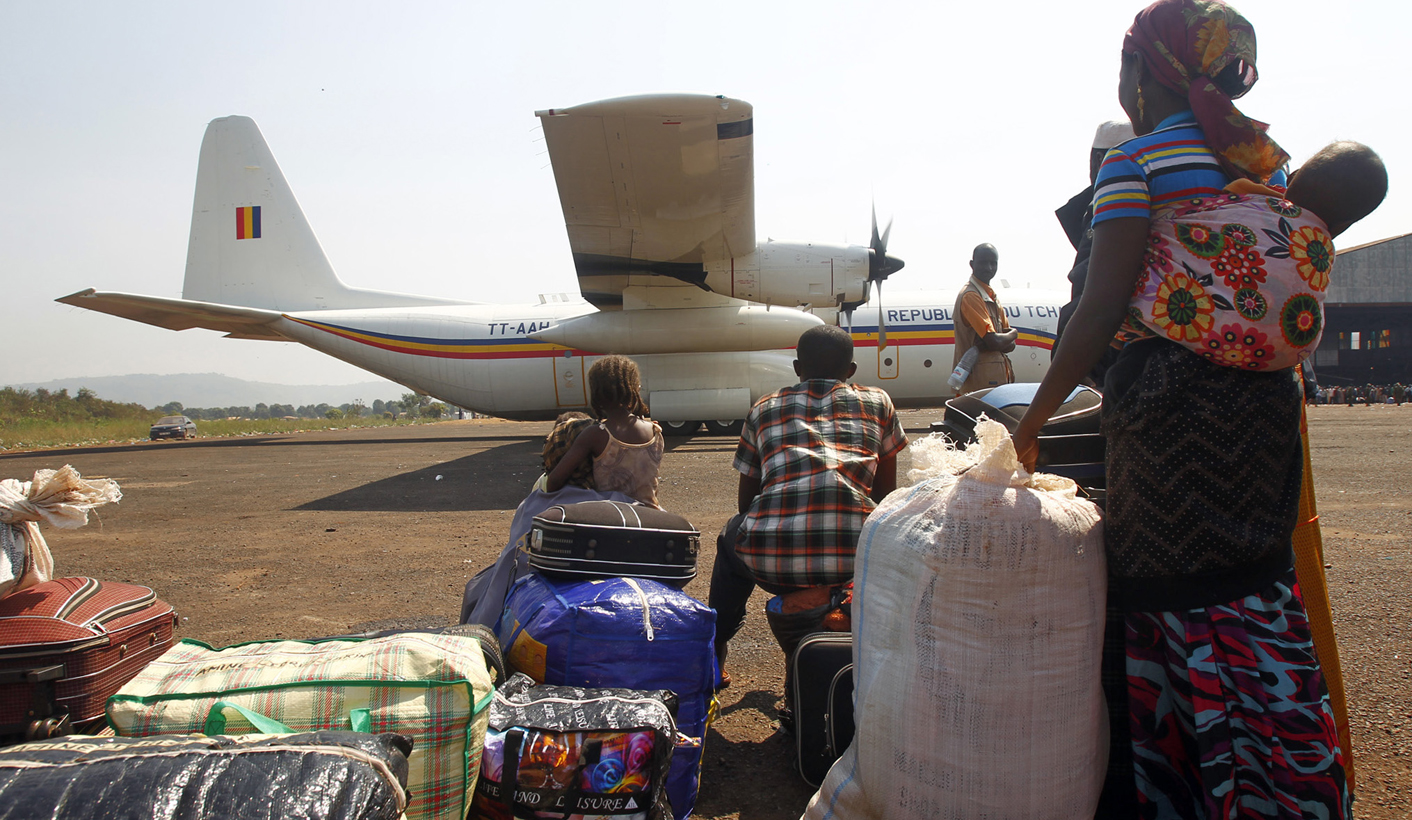 For centuries, international politics has been defined by the twin pillars of sovereignty and the nation state. These ephemeral conceits are the foundation of diplomacy, the building blocks of the world order as we know it. But not everyone’s buying into the hype any more – and if we don’t believe in them, then these ideas lose their potency. By SIMON ALLISON.

Borders are man-made creations, and, in much of the world, are entirely imaginary. Rarely is there a dividing wall or a line in the sand that tells you where one country ends and the other begins.

Instead, the effectiveness and the power of borders comes from the reality we ascribe to them. We tell ourselves that this fictional boundary, drawn on an old map by some underqualified cartographer a few hundred years ago, has real meaning. We believe that one set of rules applies here and another applies just over there. We subscribe, usually without a second thought, to these abstract concepts of sovereignty and the nation state which define and delineate the world in which we live.

Borders, on their own, really are just scribbles on a map. They are only as powerful, and as inviolable, as we choose to make, or enforce, them. And if we stop believing – well, then they don’t really mean anything at all. And without borders, then this entire house of cards, that we call the international community, comes tumbling down.

All over the world, there are people choosing not to believe.

In the Ukraine, separatists in the east don’t want to be ruled from Kiev any more. They believe that their country in its current form is an arbitrary construct, an unwieldy construct of post-World War II, Soviet communist party’s internal power balance (and, historically, they may have a point). They want their citizenship to be defined by their historical, cultural and linguistic affiliations with Russia, rather than geographic coincidence.

In North America, hundreds of thousands of Mexicans risk everything each year to cross into the United States, believing that financial security and political stability should not halt suddenly at the Rio Grande just because a bunch of bickering politicians in 1848 decreed it so.

In the Middle East, radical Islamist militants have occupied vast areas of Iraq and Syria and declared themselves an Islamic State and a Caliphate. Except their state is not the narrow, geographically-bound entity rooted in the Treaty of Westphalia; it is (theoretically at least) a Quran-inspired trans-national institution, defined not as a specific landmass but as the entire community of Muslims, wherever in the world they happen to be. And already, this defiance of the accepted order of things is beginning to spread. In Africa alone, groups in Libya and Nigeria are beginning to mirror the Islamic State’s tactics and rhetoric, with the potential for a similarly devastating impact on the countries in which they operate.

So what to make of these challenges to the accepted world order?

Peter Vale, professor of humanities at the University of Johannesburg, points out that this is not the first time the traditional, Westphalian notion of the nation state and national sovereignty have come under threat. “We are searching for a new mode of stability. The international system goes through this change periodically,” he said. Most recently, the end of the Cold War set in motion a scramble for new ways to assert political and social control, particularly through the aggressive promotion of neoliberal economic policies. At the time, some theorists thought that neoliberal globalization would kill the nation state entirely.

But the nation state is a resilient beast. Vale describes how the Catholic church, once the major form of social and political control in Europe, still commands loyalty and respect – despite having long since lost its pre-eminence. Similarly, these attachments we’ve formed to our countries, reinforced through nationalism and patriotism and sport, will remain relevant. But in this globalized, technologically-connected world, our nationality cannot be our only identity. “What is needed is a little bit more imaginative thinking about social organization. The state is just one of several different forms of social organization,” concluded Vale.

This is a lesson that African leaders in particular would do well to learn. Too often, effective action and diplomacy on the continent is hamstrung by an extraordinarily rigid definition of sovereignty. Take, for instance, South Africa’s recent failure to condemn Uganda’s anti-homosexuality laws. This was justified on the basis that “we don’t really comment” on legislation passed by other countries, even if it contradicts the principles that we as a country are supposed to believe in. Take the African Union’s strict commitment to upholding colonial borders, even when those borders don’t always make sense. Africa’s multitude of long, arrow-straight borders are among the least practical in the world, cutting across ethnic, tribal and linguistic divisions, to devastating effect at times.

And take too the nature of the threats faced by the continent. Islamist extremism actively prospers in areas where borders exist in name only – think of Al Qaeda in the Islamic Maghreb, which can flit at will between countries in the Sahel. The Ebola virus, meanwhile, has no idea that it is supposed to wait patiently at checkpoints to be quarantined. Drought, flood, famine, malaria, HIV/Aids, climate change – none of these threats are restricted by those neat little boxes in which we like to divide humanity.

Sure, there is still a role for the nation state, and for the borders which separate them. But in the 21st century, the nation state is going to have to learn to share. Our leaders’ most important role will be to facilitate how and in what situations sovereignty will be abdicated. Trans-national, border-less threats will require transnational responses, and this means that countries won’t be able to have it all their own way. The most powerful nations – the most effective nations – will be those who are best able to give up power when circumstances dictate. The sooner our leaders figure this out, the better for all of us. DM

Photo: People sit with their belongings in front of a Lockheed C-130H-30 Hercules of the Chad government as they are waiting to leave Bangui at a refugee camp for internally displaced persons at the Airport of Mpoko in Bangui, Central African Republic, 13 February 2014. EPA/LEGNAN KOULA