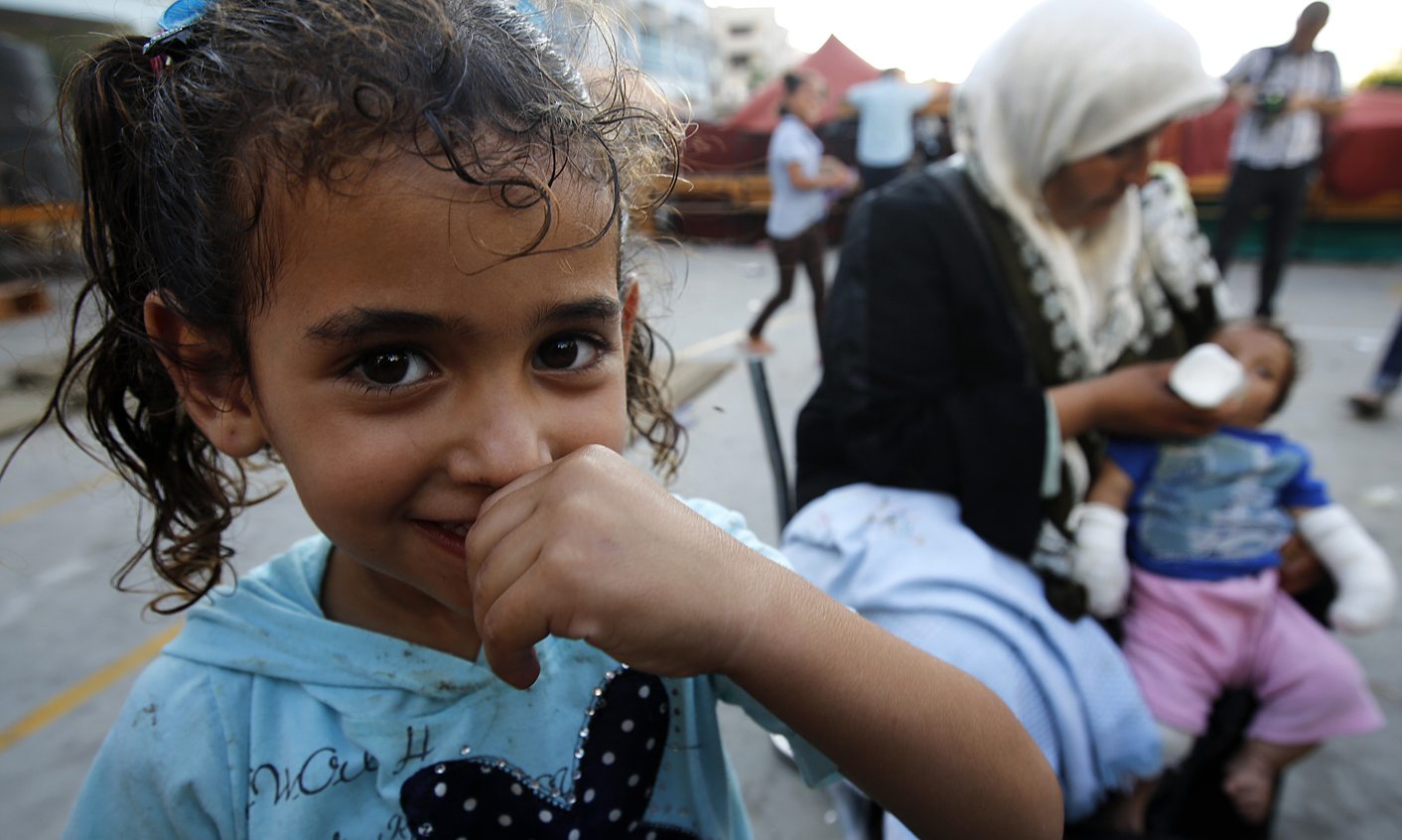 Talks to end a month-long war between Israel and Gazamilitants are "difficult", Palestinian delegates said on Tuesday, while Israeli officials said no progress had been made so far and fighting could soon resume. By Nidal al-Mughrabi and Stephen Kalin for Reuters.

Hamas, the Islamist group that dominates the Gaza Strip, and its allies are seeking an end to an Israeli and Egyptian blockade of the coastal Palestinian enclave.

An Israeli official, who declined to be named, said the gaps between the sides were big. “There is no progress in the negotiations,” the official said.

“I don’t know if, by midnight on Wednesday, we will reach an accommodation. I don’t know if we will need to extend negotiations. It could be that shooting will erupt again and we will again be firing at them,” he said, visiting a navy base.

A Palestinian official with knowledge of the Cairo talks told Reuters, on condition of anonymity: “So far we can’t say a breakthrough has been achieved … Twenty-four hours and we shall see whether we have an agreement.”

Hamas also wants the opening of a seaport for Gaza, a project Israel says should be dealt with only in any future talks on a permanent peace agreement with the Palestinians.

Israel has resisted lifting the economically stifling blockade on Gaza and suspects Hamas will restock with weapons from abroad if access to the coastal territory is eased. Neighbouring Egyptalso sees Hamas as a security threat.

Israel pulled ground forces out of Gaza last week after it said the army had completed its main mission of destroying more than 30 tunnels dug by militants for cross-border attacks. It now wants guarantees Hamas will not use any reconstruction supplies sent into the enclave to rebuild those tunnels.

The Palestinian official said the Palestinian delegation had agreed that reconstruction in Gazashould be carried out by the unity government of technocrats set up in June by Hamas and the more secular Fatah party of Western-backed Palestinian President Mahmoud Abbas, who is based in the occupied West Bank.

Israeli representatives are not meeting face-to-face with the Palestinian delegation because it includes Hamas, which Israel regards as a terrorist organisation. Hamas for its part is sworn toIsrael’s destruction.

In Gaza, many families have returned to areas they had been forced to leave by the Israeli army, but some found their homes had been shelled or bombed. Some people pitched tents, while others spent the night in their homes if they could.

Children looked for toys in the rubble. One boy was happy to find his bicycle, pushing it along even though the tyres had been punctured.

“It is not safe yet but we miss our homes, we miss our neighbourhood, so we come to sit with friends and chat about our fate,” said Abu Khaled Hassan, 50.

Israeli naval forces fired warning shots at a Palestinian fishing boat which broke the naval blockade on Tuesday, the military said. Gaza officials said no one was hurt and the incident did not appear to threaten the truce.

A Palestinian died of wounds from the war on Tuesday, Gaza hospital officials said, bringing to 1,939 the territory’s mostly civilian death toll since the July 8 launch of Israel’s military campaign to quell cross-border Hamas rocket fire.

The heavy losses among civilians and the destruction of thousands of homes in Gaza, where 1.8 million Palestinians are squeezed into a narrow enclave, have drawn international condemnation.

According to the United Nations, at least 425,000 displaced people in the Gaza Strip are in emergency shelters or staying with host families. Nearly 12,000 homes have been destroyed or severely damaged by Israeli air strikes and heavy shelling.

In Geneva, the United Nations named an international commission of inquiry into possible human rights violations and war crimes by both sides during the conflict.

The commission, which will be headed by William Schabas, a Canadian professor of international law, was hailed by Hamas and condemned by Israel.

“Hamas welcomes the decision to form an investigation committee into the war crimes committed by the occupation (Israel) against Gaza and it urges that it begin work as soon as possible,” spokesman Sami Abu Zuhri said.

Israel said the Human Rights Council was biased against it.

“The Human Rights Council long ago turned into the ‘terrorist rights council’ and a kangaroo court, whose ‘investigations’ are pre-determined,” Yigal Palmor, spokesman for Israel’s Foreign Ministry, said in a statement.

“If any more proof were needed, the appointment of the chairman of the panel, whose anti-Israelbias and opinions are known to all, proves beyond any doubt that Israel cannot expect justice from this body.”

“I am not anti-Israeli. I’ve frequently lectured in Israel at universities. I am a member of the editorial board of the Israel Law Review. I wouldn’t do those things if I was anti-Israel,” Schabas told Israel Radio.

“The more Israel participates in the inquiry by providing us with specific information about targeting and selection of targets, that will assist the commission in making more fair and accurate judgements about proportionality.” DM