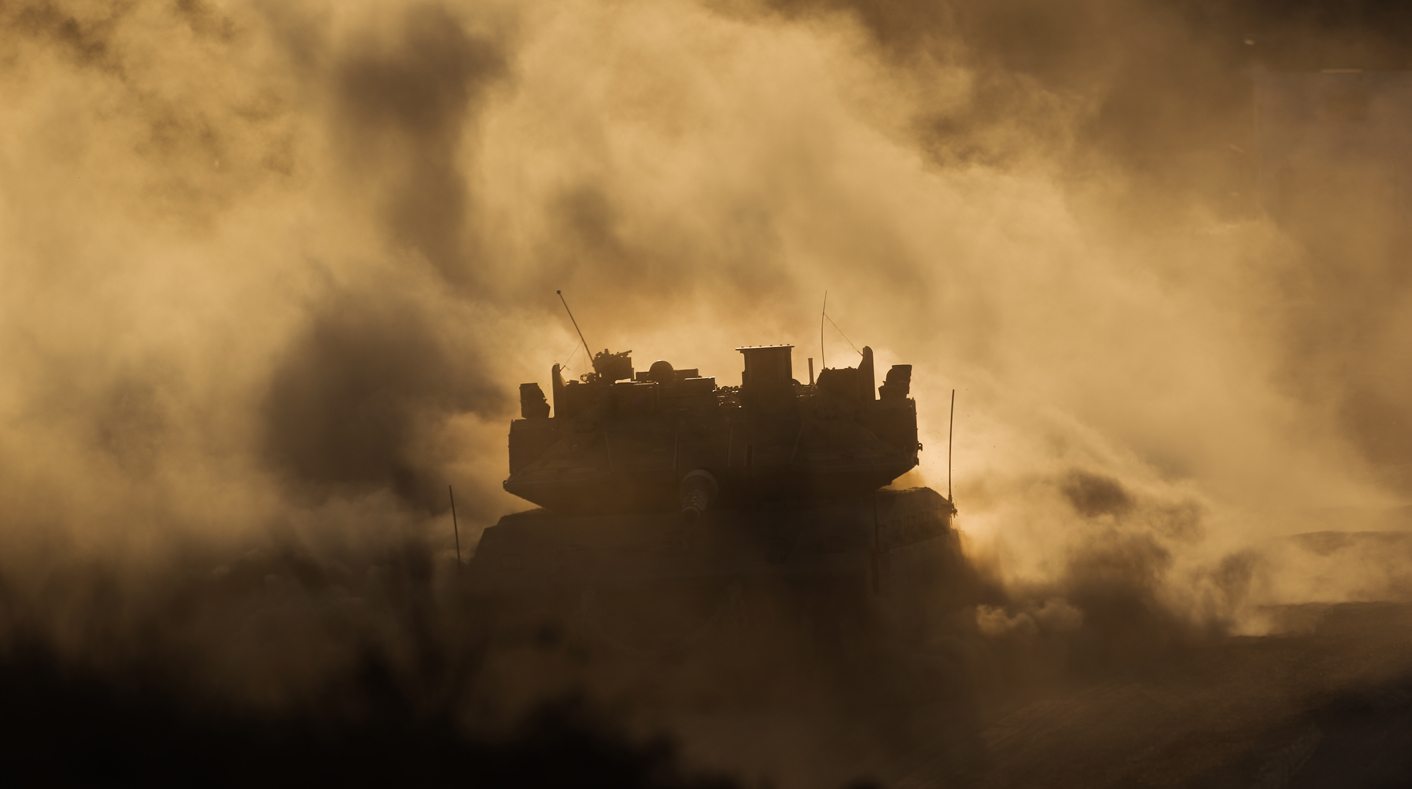 Desperate scenes from Gaza seem to contain little hope that peace will ever visit the Middle East. The level of casualties, both military but especially civilian, and the repetitive failure of ceasefire attempts suggest that politics and ideology continue to trump humanitarian needs and common sense. There is hope, however, only if both protagonists want peace more than they want to continue to fight, and only if the international community can use the opportunity to fashion the conditions for dialogue and encourage compromise. By DANIEL PINHASSI & GREG MILLS.

The Camp David talks in 2000 between then-Prime Minister Ehud Barak and the PLO’s Yasser Arafat failed because of an unwillingness to make concessions, despite the facilitatory and political genius of Bill Clinton. “I regret that in 2000 Arafat missed the opportunity to bring that nation into being,” said Clinton of the failure of the talks to deliver a Palestinian state, “and pray for the day when the dreams of the Palestinian people for a state and a better life will be realised in a just and lasting peace.”

The final settlement proposal offered by Clinton would have given the Palestinians 97 percent of the West Bank, full control of the Gaza Strip, and a link between the two. In exchange for the three percent annexation of the West Bank, Israel would have increased the size of Gaza by a third. It seems now like a dream-deal given subsequent events: the second Intifada, the erection of a wall dividing Israel and the Palestinian areas, and today’s ongoing violence.

Images of destruction and death coming from Gaza create the impression that Israel is exerting unrestrained power against Palestinians. It is convenient to have a scapegoat, and a victim, but as the history above suggests, the truth is always more complex.

Since Hamas’ 2007 takeover of the Gaza Strip, it has ruthlessly suppressed its political opponents to focus its activities on one central goal – terror against Israel.

To do this, Hamas makes use of three channels: ongoing staging of missiles at Israel, a network of radiating tunnels to smuggle material and insurgents beneath the border fence, and an ongoing influence campaign world-wide.

Since its withdrawal from Gaza in 2005, Israel’s military options have ranged from trying to prevent the smuggling of missiles to deploying the Iron Dome anti-missile shield. Both are imperfect solutions. While Iron Dome has certainly reduced the effectiveness of the missiles and the loss of life, it cannot prevent the launches themselves. The tunnels, too, present an intolerable risk for Israelis, which their government is bound to respond to. The fundamental duty of any country is to ensure the personal security and quality of life of its citizens. Israel is no different in this regard.

This situation ensures a vicious, destructive cyclical pattern in the name of obscurantist ideology. If only the cement and the hundreds of millions and even more poured into the tunnels and the rockets had gone into schools, hospitals and the general infrastructure of Gaza, where would they be now? Israel would not have imposed blockades or sanctions if not threatened by Gaza. And so the cycle goes, fuelling desperation, hatred and violence, benefiting only the extremists.

Still, any military response by Israel, especially one inevitably catching civilians in the cross-fire, not least given the placement of Hamas missile-sites, is ultimately politically costly, even self-defeating, at least in terms of international relations. The disproportionate number of Palestinian casualties may have worsened the vulnerability of Israel, not least given that its actions have tainted its relative standing. The Israel historically seen a standard-bearer of civilisation in a world shamed by the Holocaust, is increasingly viewed as inward-looking, even barbaric.

The disproportionate killing of civilians, the old and young, and the level of destruction, strengthens the third dimension to Hamas’ strategy, winning the information and image war. In contrast with the many thousands who have lost their lives recently in Syria, images of the destruction in Gaza, arrive immediately and uncensored. The longer it goes on, the more the extremists win, since the violence and death can, it seems, only worsen frustration and inspire radicalism.

But there is another path, one which South Africa informs, not by crude, shallow analogies equating Israel with Apartheid South Africa, but by a deeper understanding of the components of conflict resolution. While the SA reality in the early 1990s is hardly an exact metaphor for the contemporary situation between Israel and the Palestinians, the basics of reaching compromise and making peace are as relevant as ever.

There needs to be a shared understanding on such basics, which includes the right to exist. In explaining the failure of Camp David, Dennis Ross, the US Middle East envoy, wrote that what Arafat really wanted was “a one-state solution. Not independent, adjacent Israeli and Palestinian states, but a single Arab state encompassing all of historic Palestine.” Hamas, too, has similar lack of appetite for the existence of the state of Israel, preferring a regional Islamist regime. Little can be expected to change positively if this ideological impasse perpetuates.

The SA case also highlights the importance of leadership, timing and method to make a peace process work.

Several things therefore have to happen. On one front, the US will have to work with and strengthen Egypt as the only Middle Eastern player able to advance a serious political process. It would be advisable too, if the Americans, in tandem with the Europeans, would lend all their collective weight to ending the state of affairs that says while Mahmoud Abbas and Fatah speaks in the name of the Palestinians, Hamas has its finger on the trigger in Gaza.

When the guns fall silent, one possible formula to pursue is to exchange reconstruction for non-remilitarisation and eventually the demilitarisation of Gaza. This will necessarily require the good offices of Egypt and the Palestinian Authority in co-operation with Israel, with Abbas at the centre of the relationship.

For its part, Israel has to recognise that Abbas is a partner for peace. In order to allow him to succeed, and despite the dangers and the frustrations, they will need to grant him a cushion of goodwill that includes an acceptance of painful compromises. Any Israeli leader, if they want to deliver like a Mandela or a De Klerk, will have to assiduously manage their own constituents, especially the spoilers.

As South Africa teaches, if such components are present and common sense pervades, this bloody Gaza crisis might offer a chance for change. DM

Ambassador Pinhassi is a former Israeli diplomat; Dr Mills is the author most recently of ‘Why States Recover’ (Picador).

Photo: Israel soldiers and tanks, pulling back from the Gaza Strip at dusk, 03 August 2014. Israeli ground troops began withdrawing from the Gaza Strip as Israel wrapped up operations to destroy tunnels, but airstrikes continued. The Palestinian death toll rose to at least 1,719 since 08 July, including about 400 children, the Gaza Health Ministry said. At least 9,000 have been wounded, and rights groups have estimated that more than 10,000 houses were destroyed or badly damaged by Israel. EPA/ATEF SAFADI