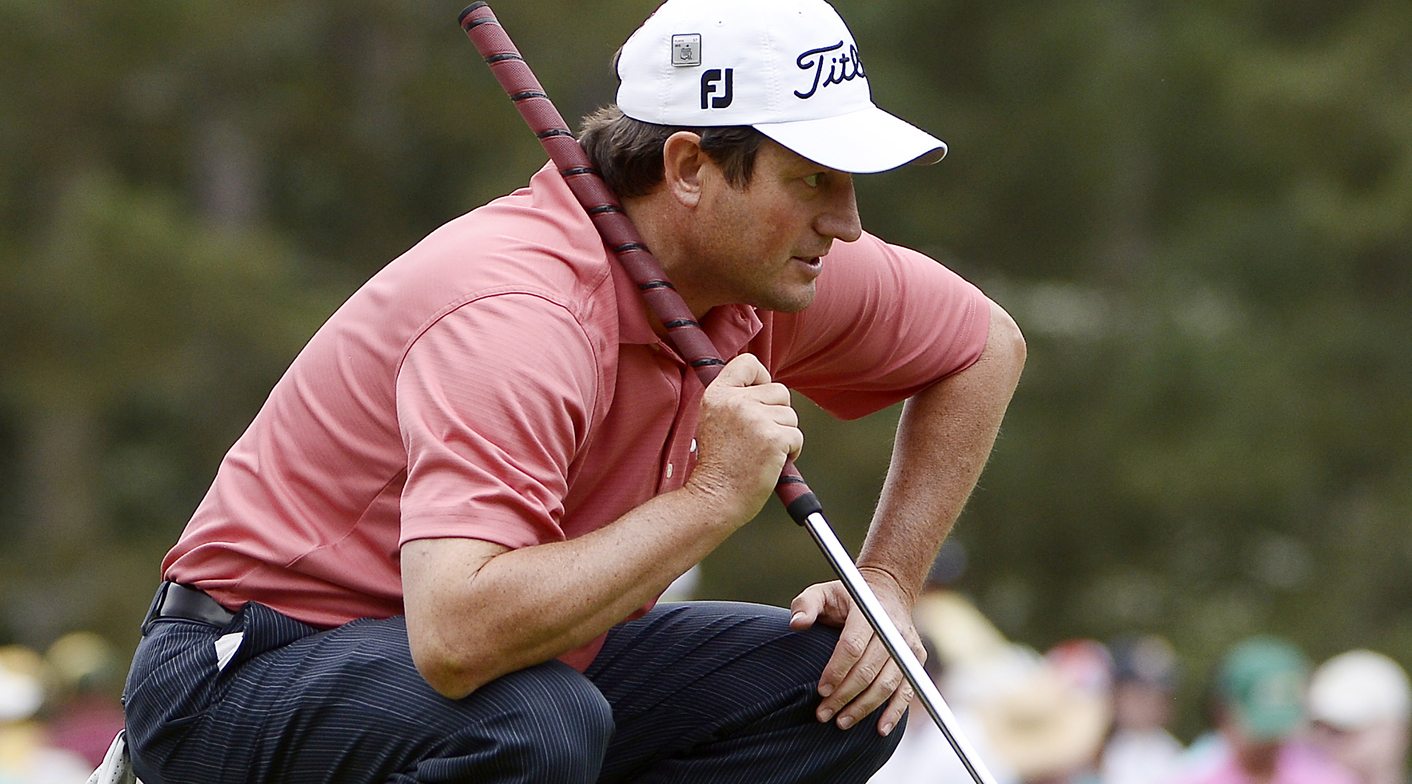 South African Tim Clark clinched his second PGA Tour title when he sank a six-foot par putt to beat American Jim Furyk by one stroke at the Canadian Open on Sunday. (Reuters)

Clark knocked his clutch putt in dead centre to edge Furyk in a battle between two players who badly needed a victory to shed the bridesmaid tag.

Clark has finished second 12 times on tour and had major elbow surgery in 2011, so he exuded a mixture of excitement and relief as he greeted his Canadian wife and two young children next to the 18th green at Royal Montreal.

“Any national Open to me is special and it’s an honour for me to be the Open champion,” Clark told reporters after storming home in 30 strokes with five back-nine birdies, one-putting eight holes in a row on his way to a five-under-par 65.

Furyk has won 16 times on tour but is winless in his last seven attempts when leading (or co-leading) into the final round.

This was his sixth runner-up finish since his most recent tour victory nearly four years ago, and the latest near-miss clearly stung.

He had a 15-foot birdie chance at the last to force, at the very least, a playoff, but read too much break and missed on the high side.

That took some pressure off Clark, whose long first putt had come up well short, and he pounced on the opportunity.

Earlier, Clark was four strokes behind after bogeying the first hole but the slow start perhaps eased some of the pressure.

“The front nine I was a little out of sorts but making the turn I was only three back,” he said. “At that point there’s nothing to lose and suddenly I got hot with the putter.

“To stand over that (winning) putt and feel confident was very nice.”

Clark notched four birdies in five holes from the 11th to take the sole lead with three holes to play, and preserved his advantage when he matched Furyk’s birdie at the par-three 17th.

Clark, 38, is the third South African to win the Canadian Open, and he earned $1.026 million as well as a spot in the PGA Championship in two weeks.

Meanwhile, the home drought will stretch on after Canadian Graham DeLaet finished seven shots behind in a tie for seventh.

Pat Fletcher was the most recent Canadian winner in 1954. DM

Photo: Tim Clark of South Africa lines up his putt on the first hole during the final round of the 2013 Masters Tournament at the Augusta National Golf Club in Augusta, Georgia, USA, 14 April 2013. EPA/TANNEN MAURY