A worm in the heart: a whistleblower’s account of a small town municipality riddled with corruption 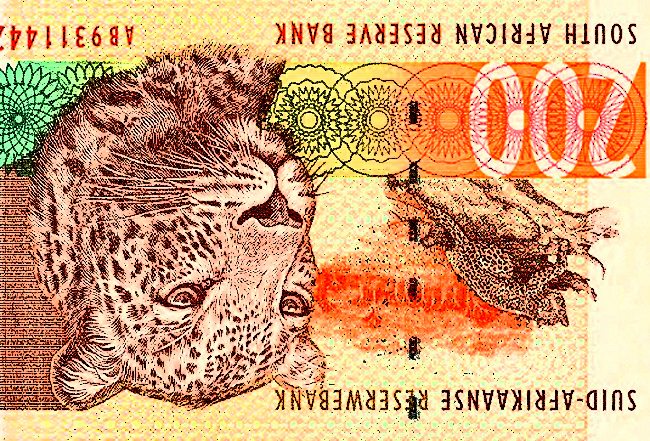 On 1 July this year, a young-ish man with extensive experience in local government finance arrived in a small town to take up a new job in the municipality. Three weeks later, he is desperate to leave. He is miserable and depressed, so sickened by the corruption and theft that he has witnessed around him that he will take any job to get out of there. He approached Daily Maverick to tell his story. By NIKI MOORE.

We are going to have to call him Mervyn, for obvious reasons. And the town will have to be called Kleinfontein, as using its real name will give him away. It is a small town, after all, where a newcomer stands out. This small town has a population of roughly 140,000 people, of which more than 80% are black and 8% are white. Its economy depends largely on forestry, with a smidgeon of mining. But it is a very busy little place, as it straddles a major highway and has become a significant transport hub.

Mervyn arrived here at the beginning of July. He had been working in Pretoria, as an administration officer in the Department of Finance. When his contract came to an end, he answered an advertisement for a financial administration officer in Kleinfontein. There was no need for any training, he says, as he knew the job backwards. He could walk straight in. He left his family behind in Pretoria and took up rented accommodation while making arrangements to settle permanently in his new home. But he was not expecting what he found.

“Everyone in this municipality, everyone, is corrupt,” he said, in an extremely emotional telephone interview. “The word has spread through the town, and if you want services cheaply, or you want to have your debt scrubbed, you go and speak to someone in the council. Make a small payment, and you will get whatever you want.”

Council employees, says Mervyn, have become expert at diverting fees that should be paid to council, into their own pockets.

The first scams involve services like lights and water.“The officials work with the contractors. If you want water or electricity, you pay the official directly, and he gets you hooked up. They bridge the meters, so it looks as if you are not getting water or electricity when in fact you are. You just pay a small monthly fee to the council official, and you get as much electricity or water as you want. The official takes a portion of the fee, and the contractor takes the rest. So, if your services are cut off because of non-payment, you just go and see the right person, and they will fix you up. Their busiest days are Thursdays and Fridays, because people want to be connected for the weekends.”

“No-one, but no-one, pays for water or electricity in the townships,” says Mervyn. “You can drive around there, and you will see that every connection has been rigged.”

“You go to Counter 5, and you explain that you have this problem with arrears. They tell you to go to Room 5. The official sits down with you, and explains the costs that are outstanding. Then he will tell you what it will cost you to have the debt go away. It is usually about a quarter of your outstanding arrears. You pay the money, and he scrubs your debt.”

“They are very sophisticated and clever, they know when people will pay and when they will not pay. It is difficult to catch them out. They will not make a suggestion to people who they think might report them, or they will hide it in a way that it is a suggestion and not an outright request for money. People hear about them through the bush telegraph; some people have such a good relationship with these officials that they have their phone numbers, and will refer you directly.”

The town’s strategic position on a major highway has led to a busy economy based on fraudulent driver’s licences. The activity has been so successful that drivers come from other towns, even neighbouring countries, to buy their licences.

“People know they can come here for licences,” continues Mervyn. “You pay R1,000 for a learner’s licence, and the traffic official gives you the form to fill in. When you go for your exam, you will find that the answers have already been filled in on your question paper. So you pass your learner’s. Then you book your driver’s test, you pay R3,000 for an ordinary driver’s licence, and the official will pass you. It costs more for a heavy-duty licence – usually around R5,000.”

Through long experience the town’s officials have developed their own bush telegraph and the various scams have reached a high level of sophistication. They know instinctively if a person will pay the bribe or not, and their approach is subtle enough that it can be brushed off as a misunderstanding if someone complains. Obviously their preferred customers are those who have been referred by existing customers, and a network of pay-offs and ‘commissions’ are keeping the referral system afloat. Mervyn says that even the town’s lawyers are in on several deals and they all work together to divert a great deal of money from the town’s coffers.

“It’s so easy to see who these people are,” insists Mervyn. “I run the payrolls, so I know what people are paid. And when I see a guy driving the latest Porsche, when I know that he only earns R20,000 per month, then you can only guess how much he earns on the side.”

Mervyn’s stories are supported by a look at the state of the finance of the town. According to the last Annual Report (2012/2013), Kleinfontein manages to recover only 43% of its billed revenue. The town’s budget runs to R270 million, of which R92 million are municipal salaries. A debt recovery rate of 43% means that only R116 million comes in, which barely covers the salary bill. The town only has a fraction left over to pay for maintenance and upgrades. The Annual Report states that without help from the National Treasury, the town would not be able to function, and national funds are often diverted from their intended purpose.

Far more sinister is the Auditor-General’s report on the town’s finances for 2012/2013: the AG found that the municipality did not comply with legislation, did not follow supply-chain management procedures, had non-existent internal controls, did not take reasonable steps to curtail wasteful and fruitless expenditure, did not exercise leadership, and contravened many internal and external checks and balances. Against a background of such lax financial control, it is even more worrying that so much money is being stolen by the very people whose salaries get paid before anyone else in the town gets looked after.

“Everyone in that municipality makes about R500 per day extra in bribes and pay-offs,” says Mervyn. “That doesn’t include the ones who ask for big money to scrub debt, like R25,000 at a time, or the guy in charge of the tenders. That’s another story.”

With an employee tally of about 400 people, that’s a respectable R5 million per month that is siphoned off from service payments into private pockets: R60 million a year, or 22% of the town’s annual budget.

A former councilor in the town, who also cannot be identified, confirmed that there were many rumours and stories about corruption in the town. And some evidence that these rumours were true.

“Last year, the MPAC (Municipal Public Accounts Committee) compiled a report about wrong-doing and took it to council. The recommendations were that charges should be laid and people arrested. But nothing happened, because councilors are afraid they would lose their jobs if they confronted corrupt people. Either that, or they are implicated in the corruption themselves.” DM

Note: Mervyn has reported his story to Corruption Watch, and to a private investigator in the town. There are a number of private residents who have confirmed some of his allegations.