Op-Ed: As the Brics Bank takes shape, do we really understand the World Bank’s power? 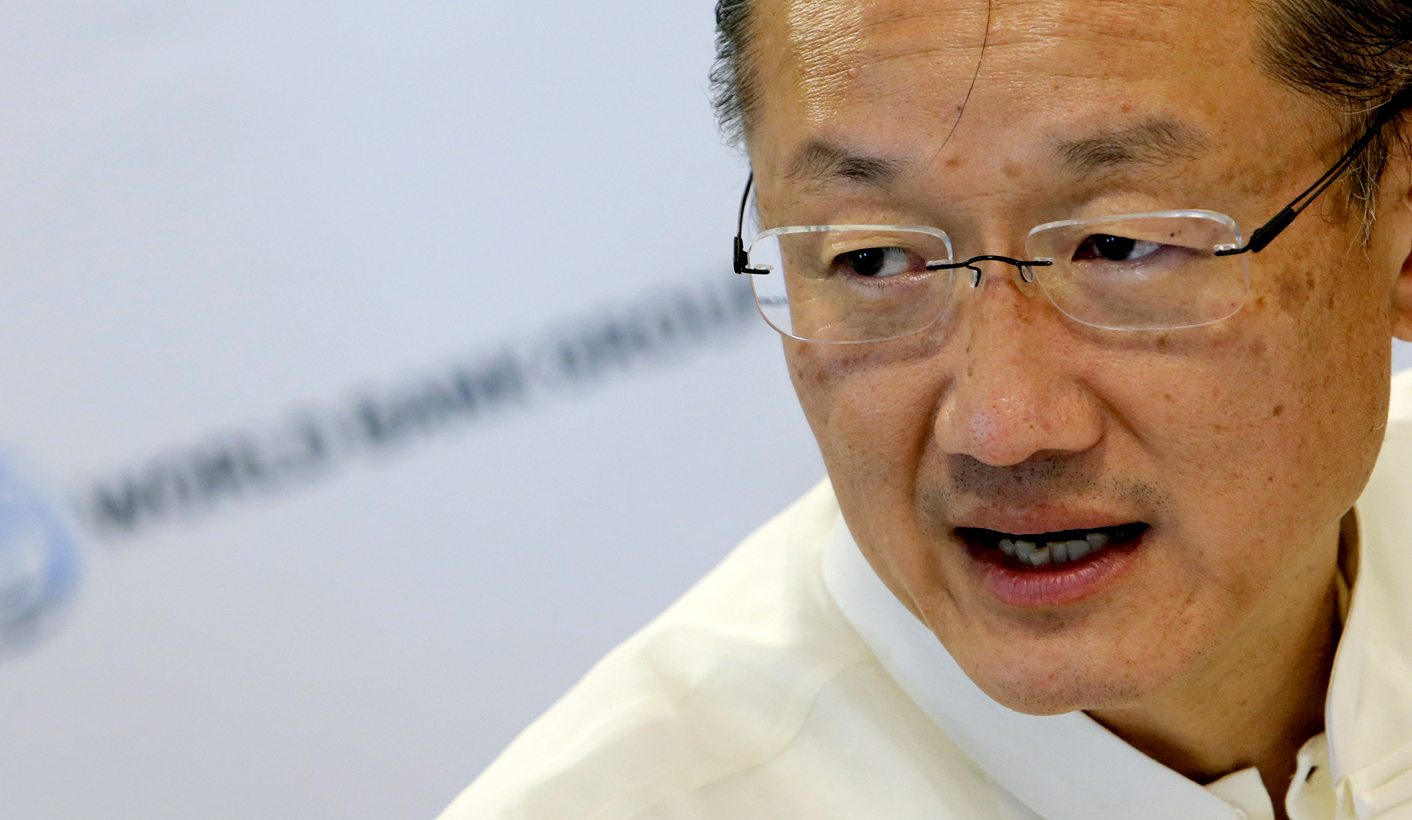 There is an expression that goes: borrow R100,000 from the bank and the bank owns you; borrow R100 million from the bank and you own the bank. Sadly this adage has not been internalised by the developing world, which rarely musters the fight to truly confront and change the way the Bretton Woods institutions dominate international development discourse. By ALEXANDER O’RIORDAN.

Part of the problem is a common misperception of how and why the World Bank, International Monetary Fund (IMF) and related institutions so often appear to act primarily in the interested of the developed world. Critics of the World Bank and IMF argue these institutions promote a neo-liberal agenda that is enforced through an almost imperialist command of the management of these institutions. They argue that changing the management of the World Bank and IMF could dramatically change how they operate and what agendas they follow.

South Africa’s leadership asserted at the ANC’s 2012 Policy Conference that South Africa’s “independent views and courage on the international and diplomatic stage have been acknowledged by many countries, their governments and political parties.”* “The emergence of growing economic powers, especially China, India and Brazil, have a perspective that is informed by their struggles against colonialism, and therefore accustomed to acting multi- laterally, thus share our commitment to rebuilding and transforming the institutions of global governance.”** South Africa must combat the “hypocrisy of Europe, the United States, and the NATO military alliance that is consistent with their divisive policies in the Middle East, as well as North Africa.”***

South Africa’s leadership firmly believes that a change in leadership of the World Bank and IMF would better serve the interests of the developing world. South Africa tried unsuccessfully to change the leadership of the World Bank and is now shifting its focus to creating an alternative institution: a BRICS bank, combining a tiny proportion of the resources of Brazil, Russia, India, China and South Africa. The problem, however, is a misunderstanding of the problem and an incredible underestimation of the power of these neo-liberal (and almost hegemonic institutions).

More problematically, South Africa’s leadership continues to invest our national resources based on the notion of a global coalition against “colonialism” and its legacies. The plain-faced truth is that no such coalition exists. Brazil, Russia, India and China certainly do not see themselves first and foremost as victims of a colonial legacy, leaving South Africa alone to drag the chains of its colonial past into international fora. Sad as it may be, the one thing that unites the BRICS is less the extent to which they fight for the enfranchisement of their poor but more so their continued and energetic attempts to manufacture the most unequal societies on the planet. In terms of using the neo-liberal economy to enrich its elite at the cost of the poor one need look no further than the disparities between Russia’s oligarchs and its oppressed populations in Chechnya or impoverished peoples in Siberia. The 2014 soccer World Cup clearly juxtaposed the $50 cocktails and $1,000 hotel rooms with Brazil’s over-flowing informal settlements. In the past decade alone China’s billionaires have created the largest luxury goods market in the world, fuelling the biggest and most luxurious gambling industry the world has seen. Macau has now eclipsed Las Vegas in terms of its opulence and sheer obscene wealth, all while the vast majority of China’s population enjoys little in the way of basic human or even labour rights. Similarly, South Africa and India’s growing wealth disparities are no more clearly contrasted with how insistently their political leaders promise the opposite.

At the same time, if South Africa and its BRIC allies are even sincere in their intention to provide a meaningful alternative to the World Bank and IMF, they seem to vastly underestimate the power of the Bretton Woods institutions. For a start, the IMF is lending at 0.16% per annum compared to the South African Reserve Bank Repo rate of 5.5%. This means that any country that has an inflation rate can credibly spin a profit on an IMF or World Bank loan even if it just means investing the borrowed money in first world countries’ sovereign bonds. The incredibly low cost and sheer volume of available capital is simply too tempting to combat the ‘conditionalities’ so widely cited as unfair and coercive. Similarly the World Bank’s lending rate is incredibly low at 0.3% above LIBOR or less than 1% annually. Even if a developing country has a bulletproof balance sheet, it is pretty much impossible to borrow as cheaply even with global lending rates at historic lows.

More importantly, however, South Africa appears to fundamentally misunderstand the real power of the World Bank. More than anything else, the World Bank is an agenda setter or ‘thought leader’. In the international development space, there is no comparable institution able to attract the best talent, finance the biggest and most important studies and able to disseminate its agenda so wide and deep as the World Bank. Simply peruse the internet or academic journals: whether it is climate change or early childhood development, the World Bank has likely already done the study and controls the best data available to make evidence based policy recommendations.

Without investing in credible research and policy analysis alternatives, the BRICS Bank will simply not have the intellectual capital to differentiate itself. More importantly, the BRICS bank will succeed to the extent it follows the same rules that govern the World, African, Asian and Inter-American Banks. If South Africa pushes too hard for a different agenda, it will likely fail because Brazil, Russia, India and China are not the allies South Africa argues they are. Even if there is an interest in acting differently, the BRICS Bank will do exactly the same as other development banks simply because there is no comparable know-how out there other than what is produced by the World Bank. If there is one thing for certain, well-managed banks manage risk and the BRICS Bank will manage its risk by relying on tried and tested practices, almost all of which have already been codified by the World Bank.

The irony, of course, is that if South Africa and its like-minded peers truly want to change the way the Bretton Woods institutions operate, the answer is not to establish their own bank but rather to push back more assertively and change the World Bank and IMF themselves. At its most fundamental level, the World Bank and IMF’s power rests on their ability to claim they work in the interest of the poor. After all, without the illusion that they are working in the interests of the poor, the Bretton Woods institutions have to confront the accusation that they are using their enormous influence only in the vested interests of their bureaucrats and developed world investors. The IMF and World Bank are only able to justify the subsidised lending they provide by demonstrating that their loans either help developing country governments or directly help ‘the people’ these governments are failing to help. The way to control the World Bank and IMF is to call their bluff on these assumptions. If South Africa were serious about countering the power of the World Bank and IMF, it would invest in research, advocacy and citizens’ networks that could reframe these institutions’ credibility on their success at helping governments and/or helping ‘the people’. If the World Bank (and IMF) is indebting the developing world without proffering any benefits to the poor, then the credibility of the entire model would be at stake. Accountability could, for example, be credibly in reach by lobbying lending countries to only repay World Bank and IMF loans to the extent they actually deliver for the poor. After all, with so much debt outstanding, the risk of a coordinated default would be fatal to the Bretton Woods institutions in a way that it is not to sovereign governments who have the power to print their own currencies. The only way to change the rules of the game would be to change the dominant narrative, overthrowing the notion that the IMF and World Bank own the developing world and replace it with a narrative that says the developing world owns the IMF and World Bank. Whether the World Bank and IMF’s investors like it or not, coordinated action by the borrowers will yield considerably more results than threats from Western investors.

Unfortunately such an approach to reforming the Bretton Woods institutions will likely never be adopted by our government. The same fear of accountability to the poor that ensures the IMF and World Bank themselves invest little more than lip-service in these citizen-based research and advocacy activities, also drives the political calculus of the BRICS leaders. Alas, the BRICS Bank will fail to deliver for the poor not because its founders have a different ethos to those that founded the Bretton Woods institutions, but rather because its founders, while looking different, are fundamentally no different. In the end, a development bank created by elites from the third world will likely be no different to one created by elites from the developed world. DM