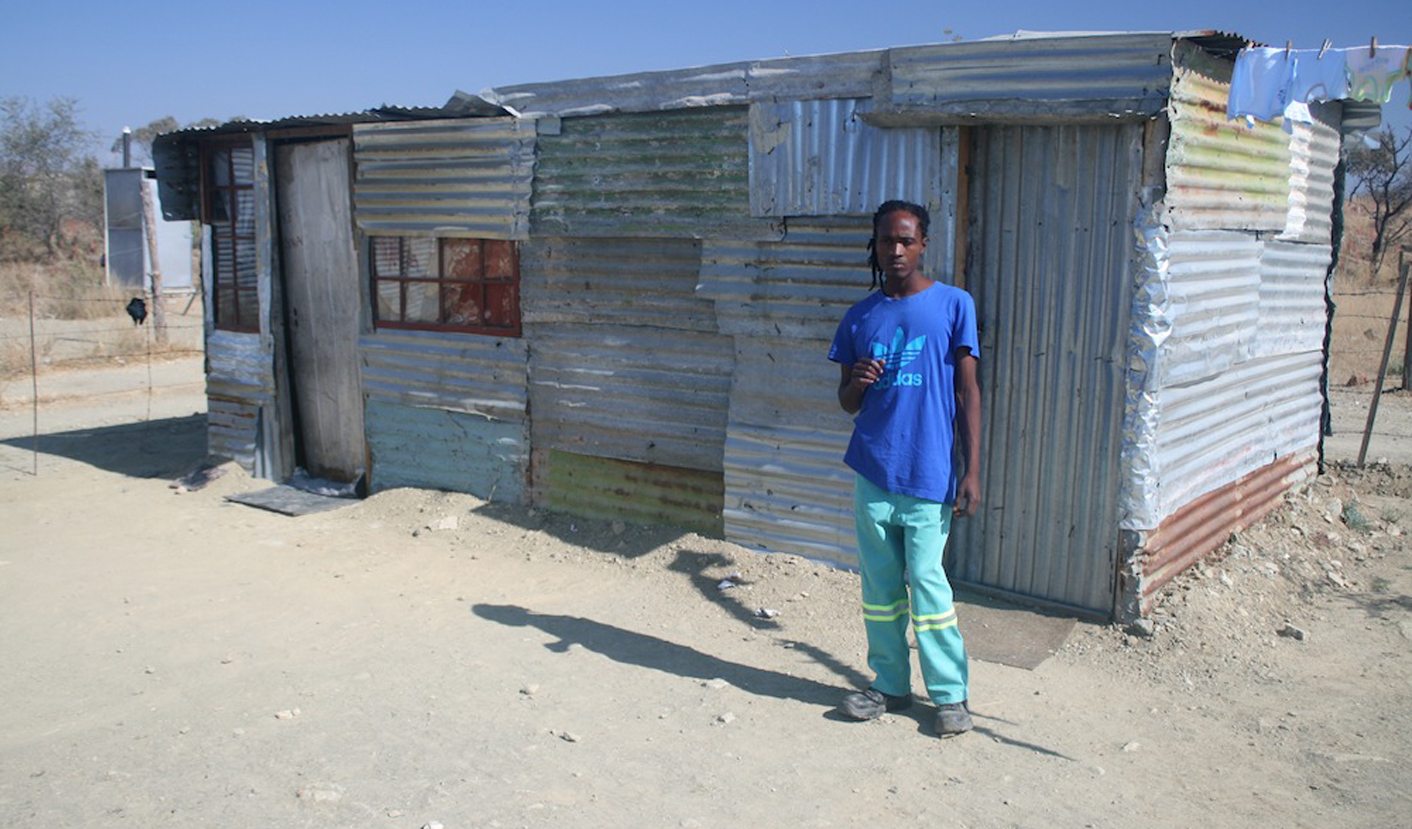 Lesedi Thutlwane (28) is walking across Marikana Shopping Centre. Wearing workman’s pants and a sweater, he is on his way to his house in Maditlhokwa, about 3km away from the heart of Marikana. Lesedi is soft spoken; a man of very few words. He told DAILY VOX’S Pontsho Pilane about how he gets by in Marikana.

I have been living in Maditlhokwa all my life; my father was a caretaker at the local mission church and my mom was a farm worker around here as well. I now live here with my wife.

We have a six-year old daughter but she lives in the Eastern Cape with my wife’s family.

Unfortunately, my parents passed away. I was living in the shack with my parents and siblings (there were five of us) but in 2010 we were moved out. The municipality said that we had to be moved because there was platinum under the ground we were living on.

Farmers sold their land to this company, so many people in the community became jobless.

The municipality also promised to build us houses. In the meantime they built us shacks. This was in 2010, but I still live in that shack even now and the mine is flourishing right next to us.

I started working as a contractor for NIC Instruments and Engineering in 2013. In my time there, I was situated at the Lonmin Wonderkop Smelter. I was a part of the maintenance team there.

I didn’t particularly like working there, but it paid the bills and my family and I survived.

They company called us to meet them at a plot where we signed papers that would ensure we got our money.

I haven’t been able to get another job since then. My wife is also not a permanent employee; she is a casual cleaner at the municipal offices. We have been living off the money we get from renting out two of our shacks and our daughter’s grant money.

Photo: A street in Marikana.

This past three months were testing; there have been times when we went to sleep hungry. We couldn’t even ask our neighbours or friends for money because none of them had money either. I would be lying if I said that the strike did not affect us, even if we were not miners. There were and still are consequences.

How can I be jobless when I live right next to a mine, a mine that has inconvenienced my life so much? One day I was sitting in my house and they were blasting at the mine, everything in my house was shaking, even our mirror broke.

If I could leave I would, but there is nowhere else to go. This is the only home I know.

We, the people of Maditlhokwa, have been forgotten. DM

– As told to Pontsho Pilane. This feature was first published on www.thedailyvox.co.za