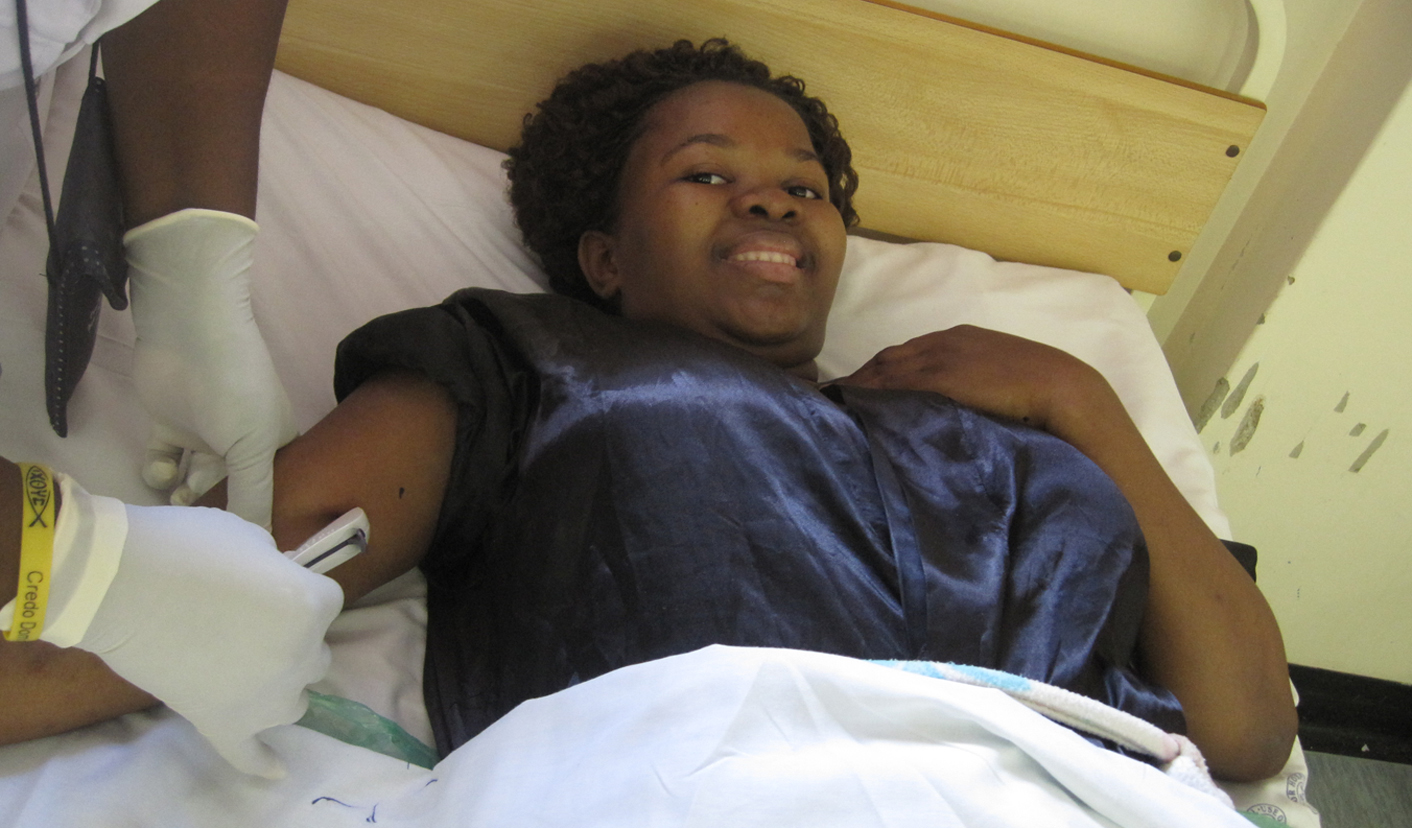 Such was the demand for a newly-introduced female contraceptive implant that stocks ran dry in the Ilembe district a week before the month's end in April. After stalling for three weeks, the programme restarted when stocks were replenished in the second week of May. By Ruth Atkinson for GROUNDUP.

By releasing the hormone etonogestrel the implant prevents pregnancy for up to three years and is the most effective contraceptive available. Its effectiveness is largely due to the fact that between insertion and removal, no action is required of the patient, meaning fewer problems with adherence.

The implant is a silicone device the size of a matchstick that is inserted under the skin of a woman’s upper arm. Insertion takes less than one minute and is conducted under local anaesthetic. Most women will have some bruising from the procedure and a small scar. Serious complications at the site of insertion, like infection, occur in less than 1% of cases. The product is made by the pharmaceutical company Merck and its brand name is Implanon.

A nurse at Stanger Hospital says that 100 devices are allocated per month but these don’t last long as she inserts ten implants per day.

Charlene Lue is the training co-ordinator for Implanon for the Ilembe district. She says that the implant has quickly become very popular in the community, largely through word of mouth. She stressed that the programme was in its initial stages but was optimistic about its future impact on reducing unplanned pregnancies and giving women “a little bit more power to make decisions”.

Dr Herbert Ringanayi from Stanger hospital said that a reason for the “exponential take-up” of the new contraceptive was its empowerment of women. He said that often men are expected to be responsible for condoms and women “can’t negotiate for safer sex”. He pointed out that the three-year lifespan of the implant meant that a woman could complete her education without the burden of an unplanned baby.

Under the state-run programme, women receive the contraceptive for free. They do not have to return to the clinic until it is removed, reducing travel costs.

The contraceptive stops the woman from producing eggs. It is therefore not a type of abortion and there should be no controversy about its use from this perspective.

As with any medical intervention, the implant has side effects and contra-indications. Andy Gray, who teaches pharmacology at the University of Kwazulu-Natal, explains that the implant is not currently offered to women being treated for tuberculosis because of concerns about how the hormones will interact with their medication. The implant may also be less effective when taken with a commonly taken anti-HIV medicine called efavirenz, though the evidence for this is unclear.

The implant has a failure rate of 0.05%. An Australian study found that 84 women became pregnant with the implant and it transpired that insertion had been unsuccessful. Nurses and patients are now required to check after the procedure that it has been correctly inserted.

Side effects include loss of menstruation and irregular bleeding, which commonly persist for the first three months after insertion. Although prolonged bleeding is not dangerous it is the most common reason for women having the implant removed early.

In contrast to the more delayed return to fertility with the injectable contraceptive, a woman’s fertility and bleeding pattern return to normal just six weeks after the implant is removed. The Department of Health has also been encouraging the use of intrauterine contraceptive devices, but there has not been much uptake of these.

The implant does not protect against sexually transmitted diseases. Observational studies have suggested an increased risk of contracting HIV with hormonal contraceptives during unprotected sex. There is no data currently about this risk and the implant. The World Health Organisation encourages the use of dual protection. This means also using barrier protection like condoms and femidoms.

Gray explained that dual protection is important because barrier contraceptives have high failure rates and hormonal contraceptives “allow women to make their own choices, at least around the spacing of children.”

Dr Ringanayi advocated introducing the implant at a young age to prevent teen pregnancies. At work, he sees girls as young as 14 giving birth and risking complications because their bodies are not fully mature.

The Kwazulu-Natal health department website currently promotes “abstinence” and “delaying sex” as the top two most effective ways to avoid teenage pregnancy. Dr Ringanayi found this approach “naive” as teens are not abstaining and said that “we should not neglect those who fail to do the ideal”.

Teenagers comprise around 10% of mothers visiting antenatal care in Kwazulu-Natal.

Gray agreed that the programme should target younger women. He said, “We need to be more open about sexuality in schools.”

Long acting contraceptives have been shown to reduce overall costs for a healthcare system. But the initial cost can be a barrier to provision. Each implant costs the government R96. Gray said that this outlay “could be cost-effective” in the long run. He said, “The bottom line is that effective safe contraception is very important in keeping our fertility down.”

As this is a new programme and costs have not yet been budgeted for, healthcare providers are having to finance it by reallocating funds. Gray said, “Decisions for the programme are made at a national level, but the pain is felt at a provincial level.”

Stanger Hospital intended to increase their order fivefold for May but due to pressure of demand and budget constraints, just 100 implants were received, as in April.

Asked to comment about the availability of the implant, Bonie Ndlela, public relations officer for the Ilembe health district, said, “Demand is much higher than our stock levels because the product is new. The Department of Health is committing itself to ensure that stock is always available for its clients.” DM

This feature was first published at www.groundup.org.za