Op-Ed: Caster into the spotlight, once more 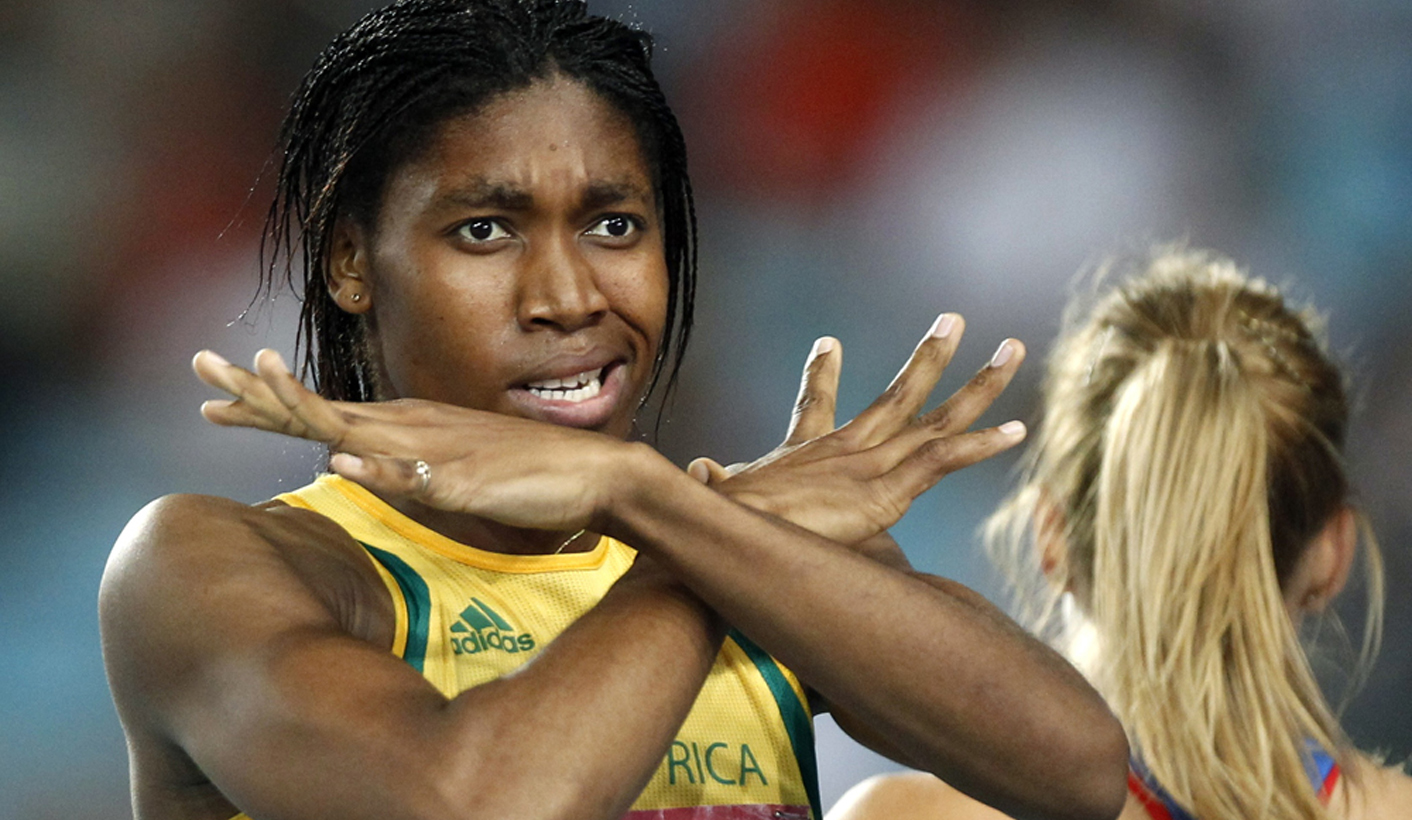 In 2009 Caster Semenya became the public face – the public body, in fact – of the range and ambiguity of gender. An array of unsurprised doctors and scientists attested to a very surprised public that one of the foundational binaries of society – sex, being either male or female – is in fact unsettlingly fluid. Now, she’s been thrown into the spotlight again. The question is – why? By MARGIE ORFORD.

Caster Semenya was subjected to a global gynaecological examination in 2009. Instead of being applauded for her spectacular win at the Athletics World Championships, the International Athletics Federation and the world’s media inserted its cold and prurient speculum into the most intimate parts of this woman’s exceptional body. Semenya was clearly born to run – anyone who has watched her fly along the track will know that, but her grace, strength and physical prowess was eclipsed by the ambiguity of that fine body. Sex, like gender, is not something one can define in the absolute terms so beloved of sexual fundamentalists.

Semenya’s sex had to be assessed because, to the shock of many, being male or female is not comfortingly absolute. Semenya was subjected to a myriad of tests – physical, hormonal, chromosomal, psychological. Some people, we all learned, are born neither and with both male and female organs present. The sex of a person is a highly complex mix that forms a composite biological, hormonal and psychological identity. An array of unsurprised doctors and scientists attested to a very surprised public that one of the foundational binaries of society – sex, being either male or female – is in fact unsettlingly fluid. There are a complex range of possibilities and combinations that usually but not always coalesce at the ends of a spectrum that is reassuringly ‘female’ at one end and ‘male’ at the other.

Caster Semenya became the public face – the public body, in fact – of the range and ambiguity of gender. Her body made many people deeply uncomfortable because society – South Africa’s more so than most – is deeply and neurotically attached to the idea that men and women are rigidly fixed beings. Semenya’s body – pried into, discussed endlessly in the press – radically destabilised this notion. That prurient fascination subsided eventually after it was decided that Semenya could compete as a woman.

However, Semenya’s media peace came to an abrupt end when it was reported that she is engaged to and has paid lobola for a fellow athlete, Violet Raseboya. Semenya has denied these reports but her gender and her sexuality have been thrown back into the media ring. Much of the coverage back in 2009 bordered on the tastelessness and cruelty of an audience gawking at the freak shows of the past. The same is happening this time except now the focus is on what is inherently private – her choice (or not) of a life partner and the form that the two of them want (or not) that relationship to have. Caster Semenya never fitted into a neat little gender box but because she was a public figure and an athlete, the coverage of the tests done to determine her sex were legitimately reported on.

Semenya’s personal life is, however, an utterly private matter. Who she loves, who she marries, who she sleeps with, if she is a lesbian or not, is nobody’s business but hers. This goes to the heart of the intolerance that runs like a toxic stream through the media speculation on Semenya’s sexual orientation. There is salaciousness to the speculation about whether she is a lesbian or not that is deeply unsettling. South Africa is a society that is unrelentingly vicious towards women, lesbians in particular. So many gay women have been ‘correctively raped’ and murdered to teach them their place because they test the narrow boundaries of ‘acceptable’ feminine behaviour. It is hard not to read the reporting on Semenya’s private life in this particularly ugly and intolerant light.

That said, if she has indeed paid lobola for the woman she loves – then good for her. It rather upsets the notion of what it is to be a ‘man’ if a woman can and does pay lobola; something associated so closely with patriarchal marriage. It is a wonderful thing to see the gendered notions of male power and identity upturned so easily.

So let’s stop with this tabloid nonsense; let’s leave her in peace to love whom she likes, and let’s watch this wonderfully subversive and fleet-footed woman fly like Hermes, that other great gender-bender. DM