Madonsela and the ghosts of Zuma’s past, present and future 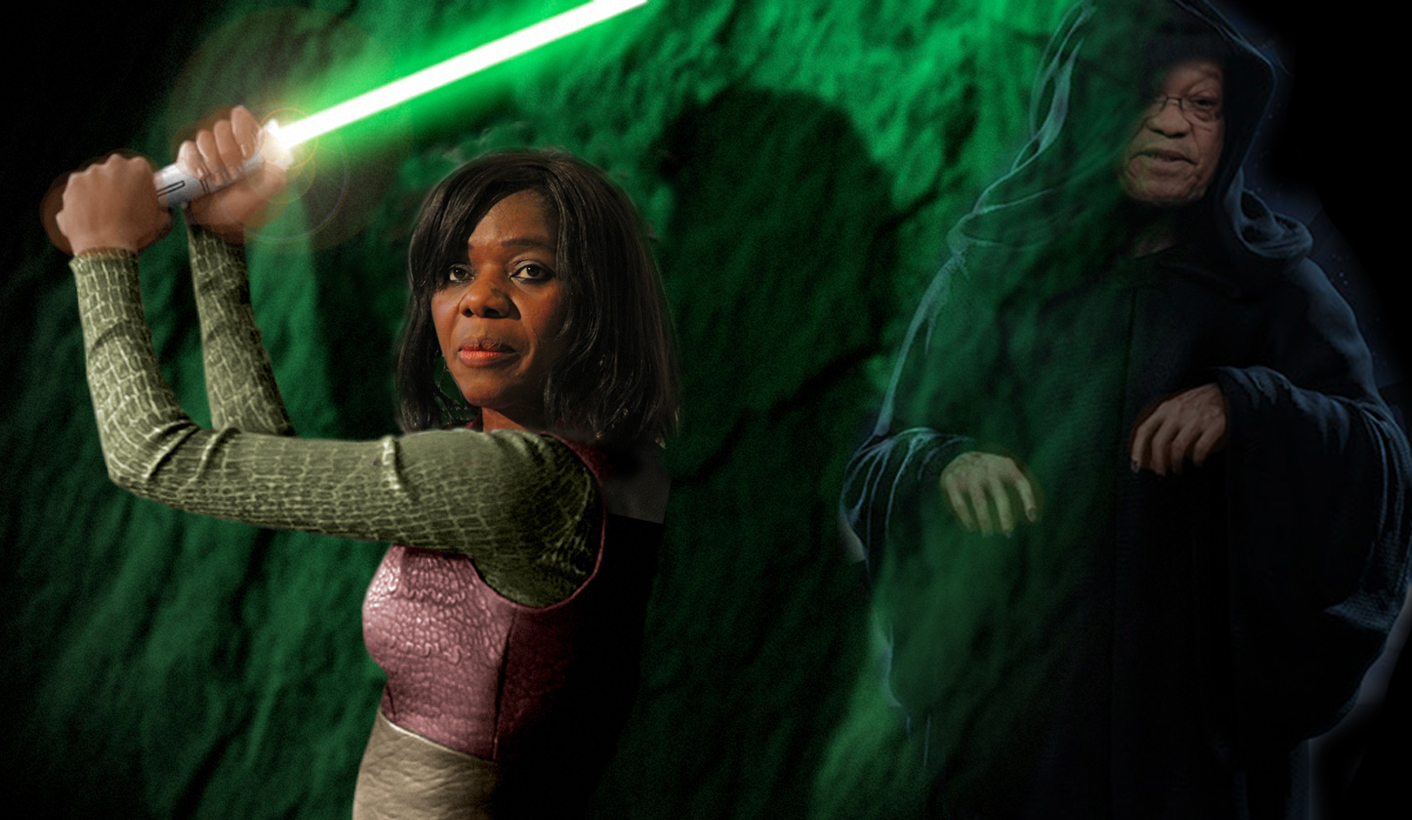 “You have experienced tough times and great times, been met with nurturers and detractors, but all these life lessons have been necessary to help you bloom,” Thuli Madonsela once wrote in a letter to her 16-year-old self. For the Public Protector, the tough times and the great times are sure to continue as she begins another investigation in Nkandla. President Zuma will, no doubt, be hoping that this time she doesn’t bloom. By GREG NICOLSON.

Madonsela’s investigation into the Umlalazi-Nkandla Smart Growth Centre will cover allegations that as chairman of Masibambisane Rural Development Initiative and head of a government whose departments are backing the initiative, Zuma has a conflict of interest. She’ll also look into allegations of procurement irregularities and preferential treatment for the Nkandla area. Masibambisane has facilitated plans to build a R2-billion town, dubbed Zumaville, only three kilometres from the president’s home.

“The public protector conducted a preliminary investigation into the matter to simply determine if there was a case to be answered,” said Salvation Mokgatlhe from the Public Protector’s office on Thursday. Zumaville is said to be SA’s first new post-Apartheid town.

In October 2012, Afriforum’s chief executive Ernst Roets announced the that Public Protector would investigate a complaint the organisation made into Zumaville, but the investigation is reported to have stalled as the Public Protector, swamped with cases and operating with a constrained budget, didn’t have the capacity to investigate. Afriforum, which lodged the complaint, told The Times this week that Zuma also stands to benefit because the value of his house will increase.

Plans for the town, first reported by Mail & Guardian in 2012, include a shopping centre, housing units, office blocks, and buildings to accommodate government services. Madonsela is reportedly wary about where the money comes from – whether it’s been diverted from other government schemes – as the state is set to spend R1 billion with another R1 billion from the private sector.

“How can President Zuma, through his private NGO, Masibambane, justify spending so much money on a single village, when across the province many people still do not have access to the most basic services?” asked the DA’s Lindiwe Mazibuko when the allegations emerged. The DA asked Parliament’s standing committee on public accounts to investigate and has also written to the Auditor General and the Public Protector requesting investigations into the money Masibambisane has received from government.

Sunday Times recently reported that plans to build the town are set to proceed after Zuma allegedly met local businessmen and assured them current challenges would be overcome. An architecture firm involved in the planning has filed court papers, claiming it’s owed almost R800,000 in fees from Kombani Consulting, which was contracted by the Department of Rural Development and Land Reform to work on the project.

While it’s unlikely Madonsela will finish her investigation any time soon, the Public Protector continues to be a thorn in Zuma’s side after the release of the investigation into upgrades to the president’s home, which found that Zuma benefited improperly and high-ranking government members acted unlawfully and were guilty of maladministration.

Madonsela has been critical of the Justice, Crime Prevention and Security Cluster’s decision to challenge the Nkandla report’s findings. Speaking on Talk 702 last week, she called the challenge premature. “It’s like going to court when there hasn’t been a board meeting on your matter and you don’t know how the board is going to view the situation. Maybe the board might be sympathetic to you or it might be sympathetic to the decision of your integrity unit.” Responding to accusations that her report lacked clarity and breached the balance of power between different arms of the state, Madonsela said the issues first needed to be taken up at Parliament when the report was debated, and if matters are unresolved, then and only then should they go to court. She doubts the court action will be successful.

As the ghosts of Zuma’s first administration are dragged into his second term, there’s also the issue of the ad-hoc committee on the Nkandla report. The DA has requested that it be re-launched in the new Parliament. “The ad-hoc committee on the president’s submissions in response to the Public Protector’s report on the security upgrades to his Nkandla residence was unable to complete its work given the limited time, scope and deliberate stalling by the ANC delegates on the committee, before the dissolution of the forth Parliament. Parliament is not a rubber stamp for Luthuli House,” said the DA’s James Selfe in a statement on Thursday. “Baleka Mbete [the new speaker] should prove to Parliament and the people of South Africa that her position as ANC national chairperson is not interfering with her obligation to Parliament.” The ANC’s Collins Chabane called the request “frivolous” because the ad-hoc committee had already recommended it be re-established. Critics will likely use Mbete’s decision as a guide to how she runs Parliament.

That’s not the end, however, to Zuma’s continuing scandals. This weekend, allegations emerged that in more than one instance he used his influence to secure business deals for his nephew Khulubuse Zuma. It’s alleged that in July 2010 Zuma met with an investor, which persuaded the investor to channel $2 million to Aurora, where Khulubuse was a director. There are also allegations that in a 2009 meeting with Democratic Republic of Congo President Joseph Kabila, Zuma influenced the decision to allocate two of the country’s oilfields worth a reported R100 billion to Khulubuse.

Such allegations follow Zuma like a shadow, one that’s sure to cast across the desk of the Public Protector. Once again, Madonsela is investigating the president. But if the state’s response to the Nkandla report is any indication, it seems unlikely that Zuma will ever feel the pinch. DM