Bigger than the IEC: Pansy Tlakula remains untouchable until June 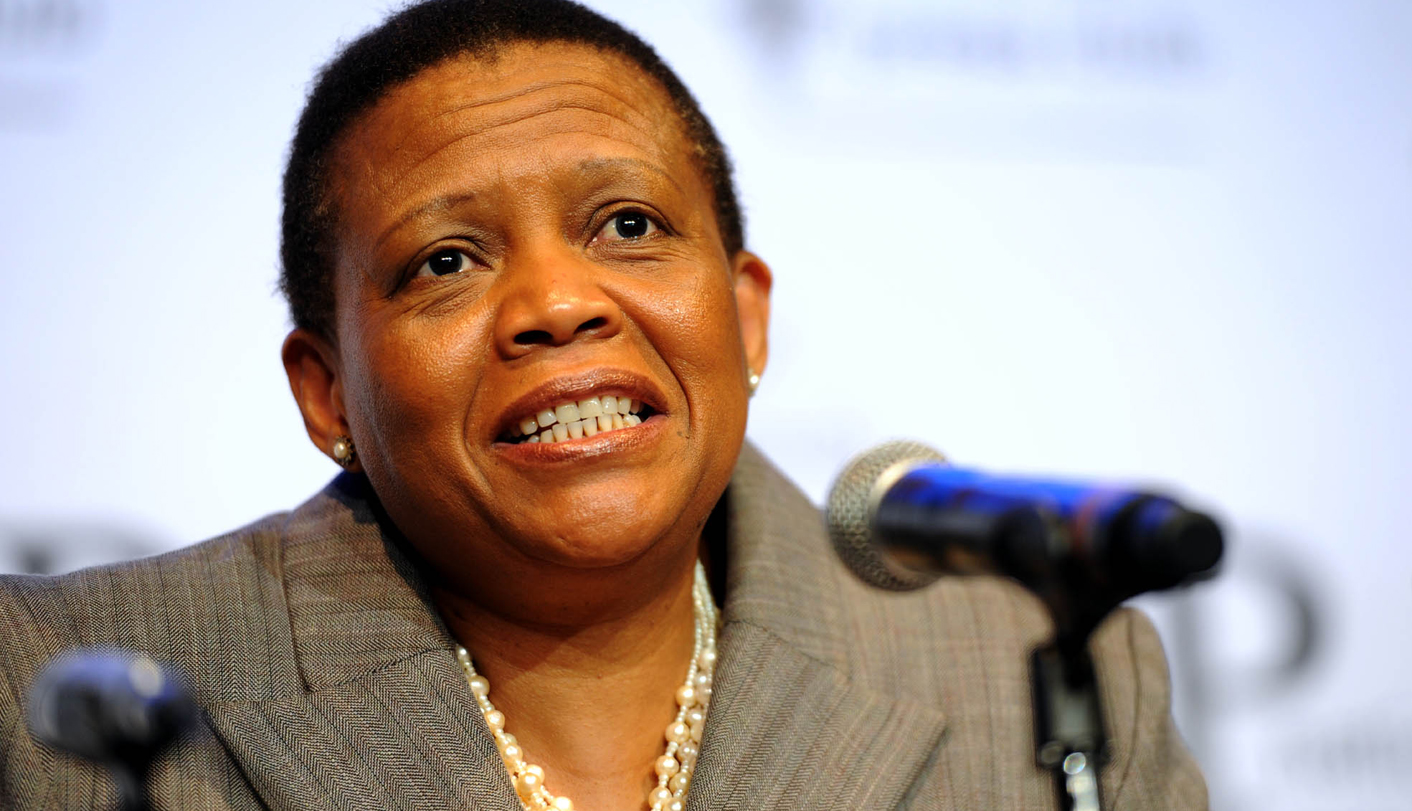 On Friday afternoon the Electoral Court, following a full day of argument, decided it would not be able to come to a conclusion in an application by five opposition political parties asking it to recommend the removal of Independent Electoral Commission Chair, Advocate Pansy Tlakula. When the elections go ahead on Wednesday, it will be Tlakula who will be, quite literally the chair. While the case against her will continue in June, we do, in the meantime, have insight into the full case against her because of legal papers lodged in her defence. In true South African style, we will only have a decision on whether she is fit and proper, after the event she has presided over is finished. By STEPHEN GROOTES.

Such is my respect for Pansy Tlakula, that I’ve been humming a certain REM song under my breath for the last week. The case against her, it seemed, looked formidable. In fact a bit of a slam dunk; she had admitted to making a mistake in the IEC’s headquarters leasing deal; the Public Protector had found it was maladministration and had recommended action be taken against her. And after Parliament failed to act, five of the smaller parties went to the Electoral Court.

So, it was with some relief and a sense of confidence restored that I read through the legal papers she filed late on Thursday evening. They were, to an extent, story-changing. She never benefitted from this deal, she pointed out, and she was never in a position to ever benefit. The company that she had been involved in was dormant, a failure, it had no money. She was also not a part of some of the key meetings, particularly the gathering that saw the decision to include the company in question, Abland, on a short list. The final decision was taken by the Commissioners at the time (she was CEO back then, and only became a commissioner later).

And so, humming a different tune, I wondered into courtroom 2E in the South Gauteng High Court (shiny new lifts, same crappy décor and still no way to get a data connection in a courtroom). Despite the urgency of the situation, it was only after eleven o’ clock that Judge Lotter Wepener finally got things going (a note on procedure here: the Electoral Court in this case consists of Wepener, who is a judge at the Supreme Court of Appeal, and two assessors, who are both advocates. Think of a certain well known trial underway in Pretoria, and you’ve got the drift, except the assessors here are of a slightly higher standard in legal training).

And off into the same argument we had on Tuesday. Coming once more from Tlakula’s advocate Daniel Berger, that there is simply not enough time for the court to come to a conclusion in this case before the election and thus it should all stand down until after the polls. It did seem straight off that the court was pretty keen on this. But David Unterhalter, for the parties, was having none of it. It was impossible, he pointed out, for the court to know what kind of matter it was dealing with, until it had heard the two sides. In other words, it doesn’t know what argument he was going to present and he at the very least, had a right to a hearing.

So, finally, off into his case he went.

Then he went into the deal itself. In particular he claimed that she was the moving force behind almost all of it. Tlakula was the one who presented the options to the commissioners, she was the one who was present at the key meetings, she was the person who changed the process in the first place and who allowed Abland back into the game when it seemed it would be out completely.

And then what could be the kicker. Untherhalter says it’s impossible for Tlakula to argue that she did not benefit from the deal. That’s not the point. The point is, she was in a business relationship with someone who was involved in one of the bids. He says the right question to ask is what would have happened if she had said this at the start of the process. Surely, he says, the other people involved would have insisted that she withdraw from the process because there is no way she could be seen as dispassionate.

While we’re on that word dispassionate, he also made an interesting point. “The fact that she is so relentlessly hanging on in the way that she is just shows that she lacks what is required to discharge these positions in the kind of dispassionate way that is necessary”. One of the criticisms that has been whispered against Tlakula is that it may not be the claim against her that is the problem but the way that she has handled it in refusing to cooperate fully with the Public Protector, giving what some claim to be the impression of arrogance.

All in all, it seems to swing the pendulum back again. It is one of the features of this case, that whereas we so often start with heroes and villains, and end with them still as heroes and villains, here we have a case that literally does change your mind as you go. It may be slightly refreshing but it’s also slightly worrying. The point here, is that it’s too early to say how this is going to end. And for that we’ll just have to wait until June. And in true South African style, so ably established by the leadership of President Zuma, we can’t say with certainty which year in June. DM