One way or another, Morgan Tsvangirai must go 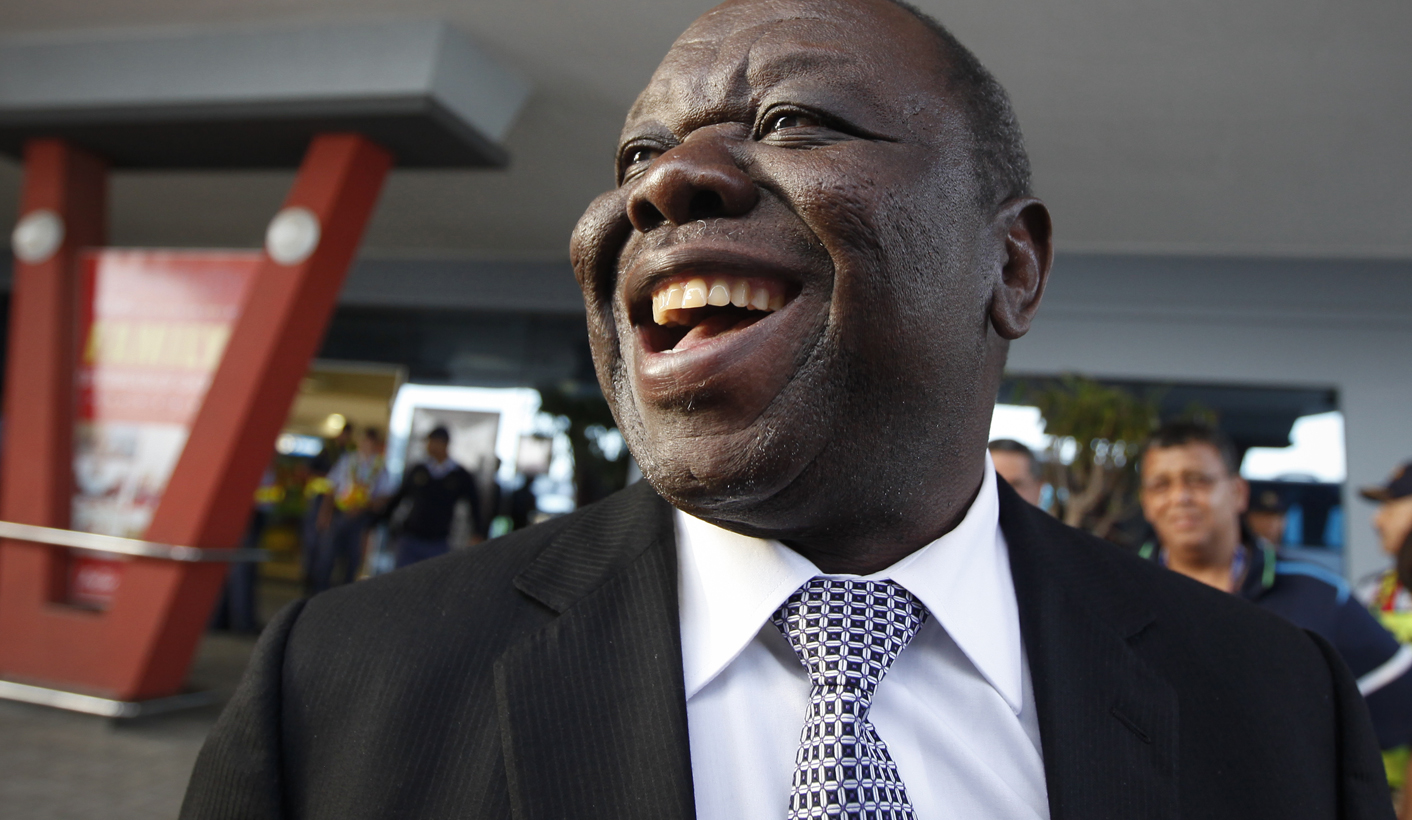 Pity Morgan Tsvangirai. The veteran Zimbabwean opposition leader is facing a little opposition of his own, and he’s not coping too well. His party looks certain to split yet again, destroying in the process one of the few remaining challenges to uninterrupted Zanu-PF rule. Mugabe is loving it. Tsvangirai, on the other hand, looks weaker than ever. By SIMON ALLISON.

There was a time, not too long ago, when Morgan Tsvangirai personified everything that was good about Zimbabwe. He was tenacious, fearless and determined to challenge the authoritarian one-party state that Robert Mugabe’s Zanu-PF was intent on creating. He rallied the masses, campaigned vociferously, stood firm in the face of threats and intimidation and vicious personal attacks. He represented a Zimbabwe that refused to be bowed into submission; one that knew the difference between right and wrong, between democracy and kleptocracy. He wasn’t just the leader of the opposition; in many ways, he was the opposition, and he gave Zanu-PF a serious run for their ill-gotten money.

In fact, he didn’t just scare the ruling party, he beat them fair and square in the first round of those 2008 elections. Zimbabweans wanted change. They wanted Tsvangirai.

For the veteran opposition leader, those heady days – days when the opposition was a genuine force, when the end of Mugabe’s reign seemed to be within touching distance – are long behind him.

We all know what happened next. Mugabe and his Zanu-PF thugs, terrified of losing their empire, unleashed a carefully targeted anarchy at anyone who showed the slightest sign of dissent. Many of Tsvangirai’s Movement for Democratic Change (MDC) members were killed; more were beaten; still more were locked up on spurious charges. The same was true for all opposition parties.

Unable to cope with the onslaught, the MDC made a deal with the devil himself, agreeing to join a unity government in which Zanu-PF held all the big cards (i.e. control of the police and security forces, as well as the presidency). Tsvangirai was relegated to the hastily-created and largely ceremonial role of Prime Minister, in which he spent five years trying to make nice with Mugabe. To no avail; he was given little say in the running of government, often left out altogether of cabinet meetings.

In this time, he cut a strangely muted, inconsequential figure. He seemed to have lost the fire in his belly. Power had tamed him. While other opposition figures were making real headway in government (think Tendai Biti’s miraculous economic reforms as minister of finance, or David Coltart’s vital resuscitation of the country’s failing schools), Tsvangirai was more often in the headlines for his messy love life, or for his obvious affection for the trappings of office.

By the time the next elections rolled around, in July 2013, Tsvangirai had lost much of his appeal. The opposition, led by his faction of the MDC, fared poorly. Even though widespread reports suggest that there was some element of vote-rigging from Zanu-PF, it probably wasn’t necessary; voters returned to Mugabe’s fold in droves, giving him undiluted control once again.

It was a failure of epic proportions for Zimbabwe’s opposition – and specifically for the man who leads it. Now, Tsvangirai is facing the consequences.

Last week, a significant faction within the MDC-T declared that they had unilaterally suspended Morgan Tsvangirai as party leader. The statement released in support of this position was damning. In it, Tsvangirai stood accused of stifling dissent, ignoring party structures, corruption, rigging internal elections, and creating his own cult of personality. He was responsible, they concluded, for “the complete Zanufication” of the party.

The statement was signed by none other than Tendai Biti, for years Tsvangirai’s most loyal lieutenant, with the support of 136 MDC-T Guardian Council members. Not enough to form a quorum, admittedly, but more than enough to explode the myth of an opposition party united for Zimbabwe and against continued Zanu-PF rule.

Of course, this isn’t the first time Tsvangirai has faced internal dissent. The existence of several other parties claiming the MDC name, most notably the one led by Welshman Ncube, attests to this. But this time it’s different.

For one thing, Tsvangirai himself is much weaker. Although he still commands considerable support, he no longer has national appeal beyond his core constituency – as the last election results showed so clearly. He’s also compromised by his time in office; no one can forget in a hurry all the hugs, handshakes and smiles with Mugabe, as necessary as those may have been at the time. Worse for Tsvangirai, there is at least a morsel of truth in the accusations against him. In particular, he is damned by his decidedly Mugabe-esque maneuver of altering the MDC constitution to allow himself to run for a third term. The last thing Zimbabwe needs is another leader who doesn’t know when to leave office.

For another, Zimbabwe’s opposition is particularly vulnerable at the moment. It too has been compromised, and found wanting by voters. Disorganised and divided, it is incapable of providing a genuine check on the government. Instead, it serves as a fig leaf which allows Zanu-PF to extol the virtues of Zimbabwean democracy while effectively enforcing a one-party state. In addition, there is an argument to be made that a weak, divided opposition is worse than no opposition at all, because it prevents other, more effective opponents of the regime from emerging.

Tsvangirai has, of course, vehemently denied the charges against him, likening his “suspension” to an attempted coup. He maintains that he is still the party leader, and that the dissenters do not have the authority or the numbers to enforce their edict.

Perhaps, though, if Tsvangirai cares as much about his country as he says he does, he should take their concerns to heart. Truth is, Tsvangirai has had has his chance to take on Mugabe, and he’s lost. The longer he remains in office, the happier Mugabe will be, secure in the knowledge that Tsvangirai’s combative style and diminishing influence will be unable to unify the opposition against him. Zanu-PF will never be defeated by an MDC faction.

The only chance the opposition has of successfully challenging the ruling party is to recognize that there is strength in numbers, and strength in unity. Petty political differences must be set aside in pursuit of the greater good. Morgan Tsvangirai has taken his eye off the prize, confusing his own future with Zimbabwe’s – that’s why he must go, to make space for a leader who will put Zimbabwe first. DM

Analysis: Is there any hope for Zimbabwe’s beleaguered opposition? on Daily Maverick

Photo: Prime Minister of Zimbabwe Morgan Tsvangirai smiles as he is interviewed by a journalist outside the East London airport upon his arrival to attend the late South African president Nelson Mandela’s funeral, in Eastern Cape, South Africa, 14 December 2013. Nobel Peace Prize winner and revered icon of the anti-apartheid struggle in South Africa Nelson Mandela died on 05 December at the age of 95. EPA/DAI KUROKAWA