Analysis: Is there any hope for Zimbabwe’s beleaguered opposition? 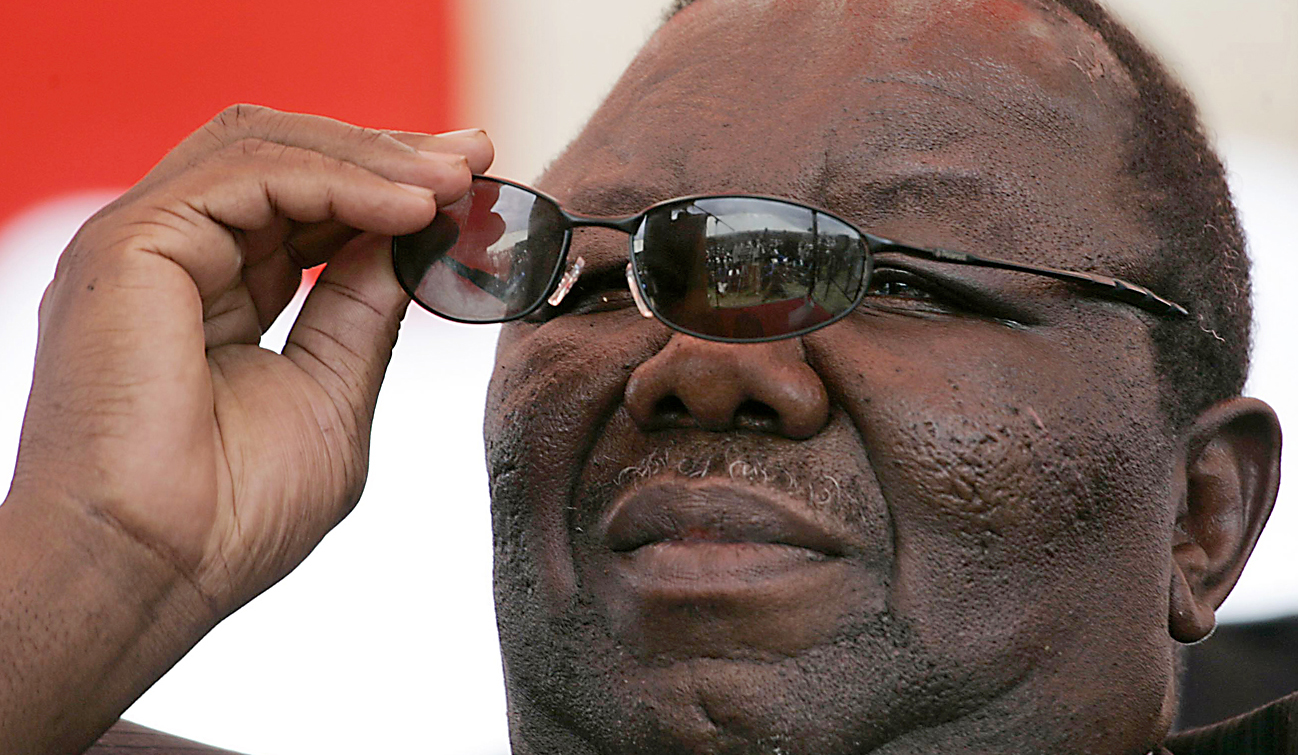 After being pummeled in the last election, and riven with infighting and recrimination in the months since, Zimbabwe’s political opposition is at its lowest ebb in a decade. SIMON ALLISON asks the obvious question: if not Zanu, then who? The answer makes for disheartening reading – unless your name’s Robert Mugabe, and you’ve got a country you want to keep running.

It wasn’t just losing last year’s election that dealt a knock-out blow to Zimbabwe’s main opposition groups, in particular Morgan Tsvangirai’s Movement for Democratic Change faction (MDC-T); it was how the election was lost, by such a wide margin that even if Zanu-PF had rigged the elections – and we’re not saying they did, although we have our suspicions – it did not need to.

Look at it this way: despite everything that Robert Mugabe has done, despite the economic calamities he has presided over and the steady erosion of basic rights he has legislated, a majority of Zimbabweans would rather have Mugabe and his henchmen in charge than trust in any of the alternatives.

For Morgan Tsvangirai, this realisation must be a particularly bitter pill. The veteran opposition leader, now 62, came as close as anyone has to unseating Mugabe from his presidential throne in those disputed elections in 2008. But by hook and by crook, Mugabe clung on to power, forcing Tsvangirai into an unhappy power-sharing arrangement that kept real power in Zanu-PF hands. This proved to be Tsvangirai’s eventual undoing: tainted by his association with Mugabe, and perhaps distracted by affairs of state (not to mention affairs of the heart – Tsvangirai’s messy love life generated huge publicity, almost all of it negative), Tsvangirai and his party drifted into the 2013 elections, where they were walloped by a well-organised and highly-motivated Zanu-PF.

The other main MDC faction, led by Welshman Ncube, fared just as poorly; even losing out to the MDC-T in its traditional Bulawayo stronghold.

Since the election, things have gone from bad to worse for the opposition. MDC-Ncube has been weakened by several high-profile defections, as has MDC-99, yet another MDC faction. Meanwhile, Tsvangirai has been battling an internal revolt as a group of disgruntled party members seek to replace him. So far, he’s held on to power, but the rebel group is getting larger and louder with every passing week.

“Those opposed to ZANU PF are in disarray,” concluded David Coltart, a former MDC-Ncube senator and education minister in the government of national unity. “There a plethora of opposition parties, many of whom have similar policies and it appears the only reason for them all is because of the ‘big man syndrome’. There is very little willingness amongst opposition leaders to take a subordinate role in the national interest and that has resulted in far too many parties and the resultant splitting of the vote. However, it would be wrong to say that those opposed to Zanu-PF tyranny have lost all fight. Zimbabwe is in such a dreadful state that there is more reason than ever for opposition to Zanu-PF rule and there are plenty with a lot of fight left in them.”

Coltart’s attempt at optimism is laudable, but the truth is that the chaos in the opposition ranks is simply playing into Zanu-PF hands. “The net effect of what is happening in the opposition ranks is that voters are fast losing confidence in its ability to put up a strong front to Zanu-PF in 2018,” said Ray Ndlovu, a Zimbabwean journalist who writes for the Mail & Guardian and Business Day. Ndlovu points out that the chaos within the opposition ranks allows the ruling party to get away with poor governance and service delivery, as it is not being effectively challenged. “It therefore is important that the opposition buries the hatchet and seriously looks into some form of unity pact–as this is a matter of survival, not only for the individual opposition political parties but for the greater good of opposition politics in Zimbabwe.”

For Ndlovu, Tsvangirai remains a pivotal figure. “I don’t think this is the end for Morgan Tsvangirai. He still enjoys unmatched support from the grassroots and any pretenders to the throne will have to grapple with winning over the grassroots, who at the end of the day are the ones who cast the vote. The struggles in the MDC are taking place at the upper levels of the party and not at the grassroots and this is Tsvangirai’s saving grace, he can go back to his supporters and say his version of events and they buy into that and continue supporting him.”

Despite his residual support, holding on to Tsvangirai would probably be a mistake. For all his undoubted bravery and commitment to the cause, he has proven himself over the years to be a divisive figure, and not immune to the temptations of power (he altered his party’s constitution to give himself a third term as its head – not exactly a promising sign). He’s also shown he’s out of fresh ideas. Whatever he is saying, it’s clearly not resonating with voters any more.

But if Tsvangirai must stay – and let’s be honest, he doesn’t look like he’s going anywhere – Zimbabweans opposed to Mugabe should learn from the example of Nigeria, where a new coalition of prominent opposition figures is putting up a serious challenge to President Goodluck Jonathan’s ruling People’s Democratic Party. Realising no one can defeat the PDP on their own, Nigeria’s opposition has adopted a big tent approach – and, provided it can keep all those ‘big men’ happy and untangle all their conflicting policies, it has a real chance of upsetting Jonathan’s 2015 re-election bid.

This approach requires real sacrifice and compromise on behalf of opposition leaders. Do Zimbabwe’s current crop have what it takes to put aside their differences for the greater good? Or, come 2018, will Zimbabweans still choose the familiar faults of Zanu-PF over the infighting and unpredictability of the opposition? DM