ICC World T20: What Windies lack in swagger, they make up for with Sammy 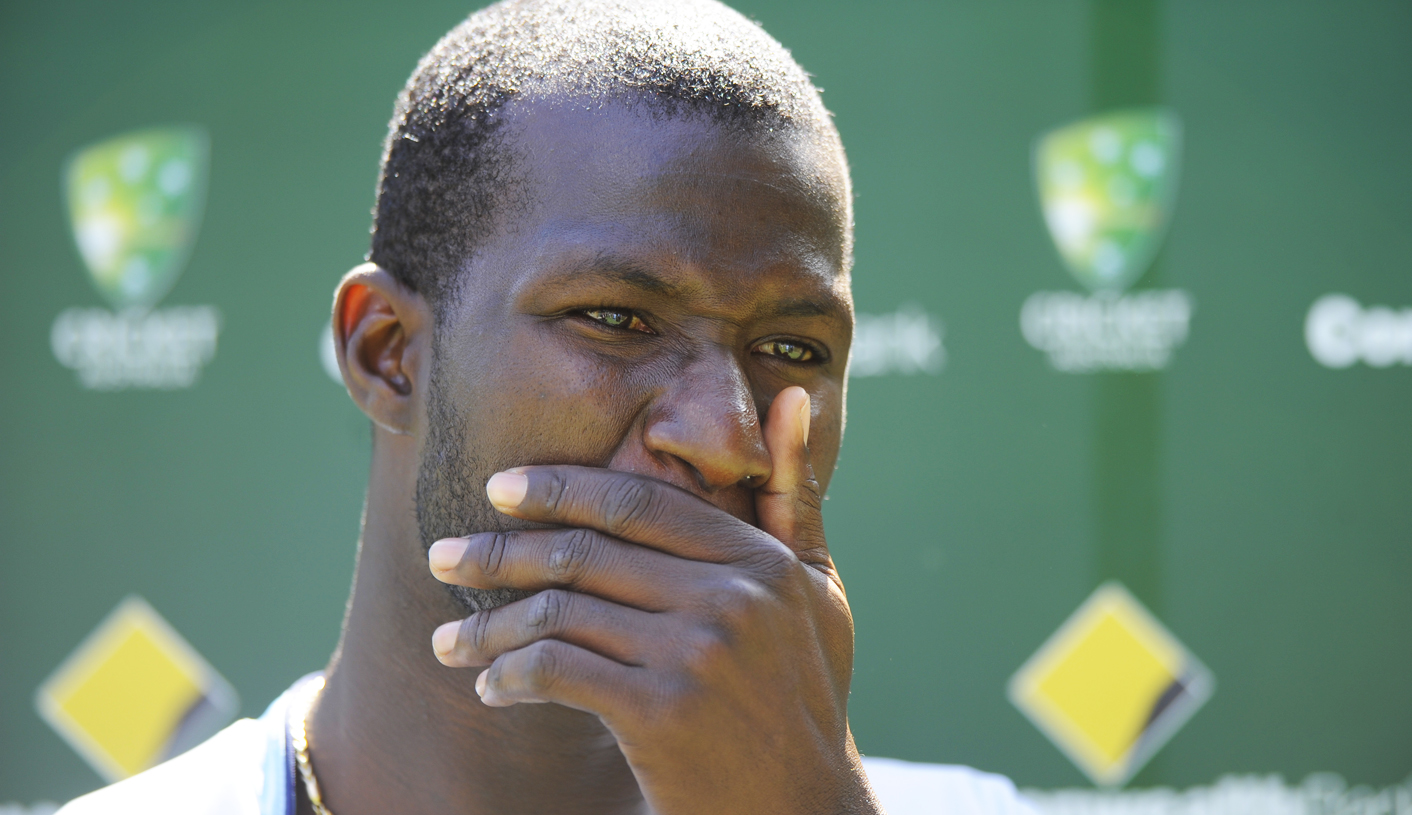 West Indies marched into the semi-finals of the ICC World T20 thanks to magic from Darren Sammy. This was helped by Dwayne Bravo, Samuel Badree and Sunil Narine as the Windies skittled Pakistan out for 82 after posting 166. The current team might not have the swagger of the old days, but in the T20 format, they make up for it all with the silent charisma Sammy radiates. By ANTOINETTE MULLER.

Anybody who has watched the documentary Fire in Babylon will reiterate the phrase: the West Indies used to have swagger. Their bowlers didn’t need to speak, they just needed to run up and deliver a ball blisteringly swishing past a batsman’s head. And then all they had to do was stare.

Some of the finest cricketers in the history of the game have emerged from the united islands. Everyone from Gordon Greenidge to Sir Vivian Richards, Michael Holding to Ian Bishop, to name just a few, have entertained and captured the imaginations of millions. In the last few years, though, that has all started to dwindle. With haphazard on-field performances, player strikes, fights over contracts, disagreements with players and boards and a general sense of disinterest, West Indies cricket has often looked like it took five steps back for every half step it took forward.

One of those backward steps came in October 2010, when he was named as the Test captain, replacing Chris Gayle. Gayle and the selectors were locking horns over contracts and Sammy got caught in the cross-fire. Despite an average first-class record and having played just a handful of Tests, Sammy was burdened with the responsibility no sane person would willingly take on. He has always said that he did not appoint himself, but that as long as he is given the responsibility, he will serve his team. It’s not exactly swaggerific, but it is admirable.

In Tests, the West Indies remain subpar and in one-day internationals, they can sometimes compete. But it’s in T20s where they become a different beast, a special kind of team that is often unusual and electric. They do not exist without meaning or directed hope and the passage of their performances are not only measured by loss.

They might not all strut with such ferocity as the Windies legends of old – how can they, when just a few are even fractionally as talented – but they do resemble something special.

Up until now, the ride for Sammy has been a rollercoaster, quite like the rollercoaster the West Indies team used as an exercise to conquer their fear of heights (something management believed was symbolic of their fear of failure).

For the Windies, though, the rollercoaster never ends. They started their World T20 campaign with a dismal loss against India, where the way in which they lost smacked of apathy with listless body language, making it look like all the efforts over England in the Caribbean had been left by the wayside.

They came back strong against Bangladesh, though, and even stronger against Australia. And then, when the pressure was really on against Pakistan in a must-win match on Tuesday, they triumphed once more. One of the lead stars was Darren Sammy. He clobbered 42 off 20 against Pakistan to help lift the team to a respectable total of 166. While his aptitude has remained limited, he has made the most of what he’s got in a format where the little guys can thrive. In his last six T20is, his strike-rate has dipped below 200 just once and he has been dismissed just once. He is fast becoming the expert finisher in a team which is still searching for its modern identity and can become an important building block for the future.

He knows how important a well-performing West Indies side is to world cricket. After being humiliated by both India and New Zealand, Sammy admitted that the team “cannot carry on line like this” and admitted that some careers, including his own, were on the line. Although they are still searching for the answers in the longer format, T20 has sparked up the team and injected some new vigour. They are into the semi-finals and will face Sri Lanka on Thursday. It’s another step towards defending their World T20 title and another step to inspiring a generation of youngsters.

Cricket used to be the better path for youth facing less admirable alternatives. It is no longer that, because American sports have a stranglehold in the islands and the administration – for the West Indies and individual islands – is shoddy as heck. Basketball courts are being built up while cricket fields either don’t exist or are dilapidated. But cricket can become that something special again, just as long as the youths know that there is a path set out for them. They need somebody to make them believe and Sammy might be just that: not quite as celebrated a hero as the ones who came before him, but perhaps a cult hero. He might not be as talented as some of his predecessors, but he’s got the charisma and the big-match temperament to make up for that, even if it’s limited to limited overs. DM

Photo: West Indies team captain Darren Sammy speaks to the media after a training session at Manuka Oval in Canberra, Australia, 05 February 2013. The Australian cricket team will take on the West Indies on 06 February. EPA/LUKAS COCH