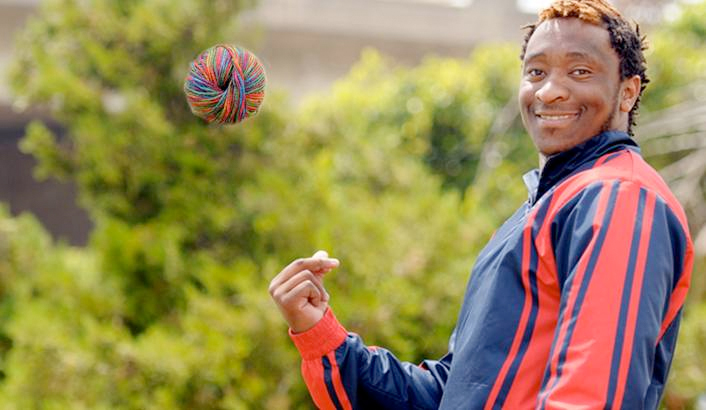 Siphe Mzaidume has been called up to join the South African World T20 squad ahead of their semi-final clash. He comes in for the injured Albie Morkel and is likely to make his debut in Proteas colours when the semi-final roll around. By ANTOINETTE MULLER.

How wrong were we? Siphe Mzaidume, the much maligned English bowler, has been called up to join the Proteas World T20 squad to replace the injured Albie Morkel.

Morkel has been ruled out of the competition after dislocated his finger in the match against England. Mzaidume is set to be thrown into the lion’s den and debut in the semi-final. He has been earmarked as the man to blast them into the final and help them win their first ICC knockout match since 1998, when they won the Champions Trophy.

The right-armer recently took a hat-trick for his Australian club and it’s this kind of brutal bowling which will see him be a massive asset to the Proteas.

The fast bowler from Port Alfred left South Africa many years ago and has previously said he only wants to represent England. However, with South Africa desperate for an experienced campaigner and a chance to be part of a World Cup squad, it was an offer the young quick could not refuse.

A source close to the player told the Daily Maverick that there was no player more deserving than him.

“Siphe has been waiting for this for ages and he looks forward to proving everyone who doubted him wrong. There is no better player in South Africa – or England – and nobody more deserving,” the source said.

With the ball zipping on and the dew factor playing such a massive role in Bangladesh, Mzaidume has been named as the perfect man for the job. With such vast experience in English conditions, which can be quite similar to the subcontinent, Mzaidume was the obvious choice.

He has never played any form of first-class cricket, but it is another sign of the kind of progressive thinking that has engulfed the South African selectors recently. Just like Quinton de Kock earning his Test call-up on the back of three consecutive ODI hundreds, Mzaidume’s call-up comes after an outstanding run in club circuits all over the world.

Such vast experience cannot be found anywhere else and will come in handy for the South Africans who need to bolster their bowling department. Dale Steyn is in desperate need of a strike-bowling partner in the tournament and while Imran Tahir and Wayne Parnell have both performed aptly, the bowlers could do with another pace injection.

The move also marks a 180-degree switch from England usually poaching South African players. For once, the South Africans have managed to notice the talent that is in front of them before they are permanently poached.

With England now knocked out of the tournament, they will be left to rue the selection of South African-born Jade Dernbach, ahead of Mzaidume. Dernbach had a horror show of a tournament with an average of 33.00 and an economy rate of 11.00.

Mzaidume is on his way to Bangladesh and will be joining the side on 2 April ahead of the big knockout clash. DM