Heart of Oscar’s defence: Imagined threat of a black stranger 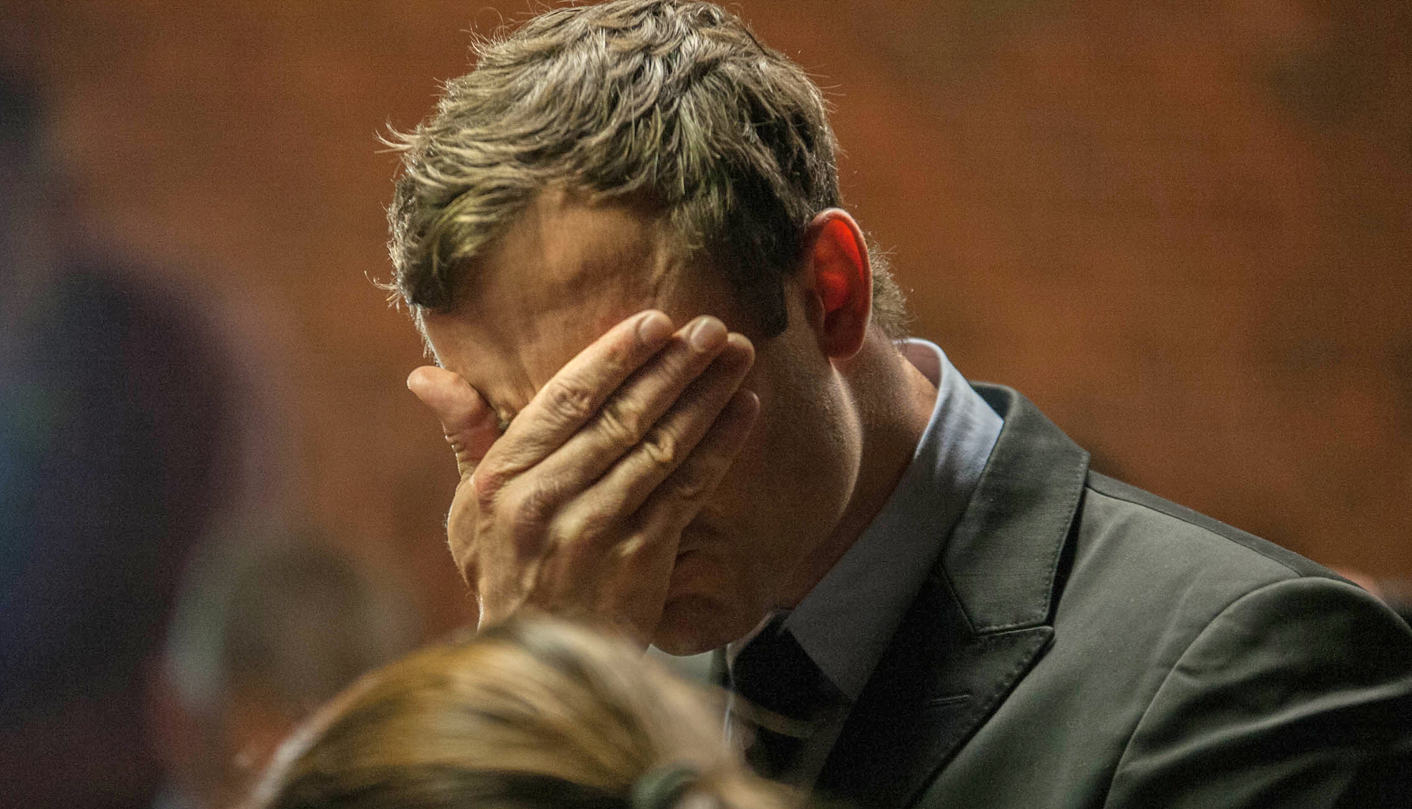 Ahead of Oscar Pistorius trial, the essential question remains: Did Reeva Steenkamp die because of his rage, or his fear? By MARGIE ORFORD.

The murder trial of Oscar Pistorius is going to be a John Grisham-like courtroom drama. It will be a battle of “expert ” opinions because the uncontested fact is that on Valentine’s Day last year Pistorius fired four shots at close range through a locked bathroom door and killed Reeva Steenkamp. This is not in dispute.

What is in dispute is that he claims he did not intend to kill his girlfriend. He claims he was shooting at somebody else; that he thought there was an “intruder” in the bathroom; that this killing was a mistake; that it was not just another South African femicide.

So the trial will revolve around Pistorius’ intention: essentially, the psychology of a man who claims to have been driven by fear to shoot before asking any questions. This claim inserts a third body into an all too familiar narrative of domestic violence. This imaginary body, of the paranoid imaginings of suburban South Africa, has lurked like a bogeyman at the periphery of this story for the past year. It is the threatening body, nameless and faceless, of an armed and dangerous black intruder.

It is this “third” body that will be the most important, even though, as everyone knew as soon as that now famous bathroom door was opened, it did not exist. That was Steenkamp dying there and she had made that fatal female error of being in the wrong place at the wrong time.

And yet it is this imagined intruder that will be central to Pistorius defence. It is this chimera that is going to be the focus of all the court’s attention.

For the rest of the world it might well be the Icarus-like fall of a crippled Olympian god, but for those of us who live here it taps into an old and painful vein in which race and sex and power and violence converge. Perhaps this is the real fascination of the story for South Africans. These three bodies — one dead, one imagined and one on trial —will play different roles.

The power and the fragility of the human body is made manifest in Pistorius, with his chiseled face, as pared down and inscrutable as a Brancusi sculpture, now more iconic than the images of him as the triumphant Blade Runner. Both his profound ability and his profound disability will be key to this case — the apparently crucial question of whether or not he had his prosthetic legs on. Pistorius is, after all, a man who has, quite literally, strategised each and every step he took. There was no other way he could ever have walked, let alone sprinted, to Olympic stardom. The dead body — the exquisite corpse — is Steenkamp’s, of course. Her body cannot but give up its physical secrets. The answers to the most intimate questions will have been extracted in scientific samples and by scalpel during the autopsy. Whether she had urinated before she died, whether or not she had her period, whether she had had sex or not, and if she had, with whom.

All this will be made public in the emotionless language of forensic science that tells everything and precisely nothing about the pain and terror of her death. That we must imagine.

There has been a hum of tabloid speculation about Steenkamp, about whether or not there were other men in her life, about the state of what was only a three-month-old relationship.

These non-questions and non-answers always swirl around the female victim of what is called an “intimate” murder, especially if she is young and beautiful. The state of their relationship — and Pistorius’s reaction to Steenkamp — will form the bedrock of the narrative of the “crime of passion”, which is going to be the basis of the state’s case for premeditated murder. This means there is only one area of speculation:

Pistorius’ state of mind when he fired at whoever it was he believed to be on the other side of that door.

It is here that the third body comes into play. Pistorius has insisted that he thought it was an “intruder”, an armed and dangerous man intent on robbery, rape and murder. The figure of the threatening black stranger has driven many South Africans into fortress-like housing estates, surrounded by electric fences, armed guards and the relentless surveillance of security cameras.

This figure is the reason almost every middle-class home has a panic button on both sides of the double bed in the master bedroom, a red button that will summons armed guards to the house within minutes. So, the accepted logic goes, of course a man would simply shoot.

But what is this fear? Where does it come from? The estate where Pistorius lived and where Steenkamp died is the contemporary version of the laager. Except this one is very expensive; it has state-of-the-art security; it had no history of crime, let alone violent home invasions.

But for a year this man who was not there, the one who Pistorius did not shoot, has lurked in the shadows of this relentlessly covered story. Is it a kind of possession, this fear of an intruder that compels a man to unthinkingly and without hesitation fire a gun through a locked door? Or is it nothing more than the reclaiming of the old white fear of the swart gevaar (black peril) as Pistorius’ only defence against the charge of the premeditated murder of Steenkamp? What is this irrational fear that has sunk so deep into the psyche?

It is perhaps the most atavistic of white South African fears. Under Apartheid, the threat of the swart gevaar was used to excuse any and all kinds of violence. In the pernicious narrative of “us” against “them”, these dangerous strangers, these “intruders” in the land of their own birth, had to be obliterated. In that unyielding construct of threat and danger, of your death or mine, there is no middle ground, no compromise and no space for thought or language.

If Pistorius was not shooting to kill the woman with whom he had just been sharing a bed, those four bullets fired indicate that there is still no middle ground. Because whoever Pistorius thought was behind that door, firing at such close range meant that when he finished there would be a body on that bathroom floor.

So many men in South Africa exist in this state of macho hair-trigger tension in which action comes, all too often, before thought. This trial will have to weigh up of one version of macho against another. Either Steenkamp died because of Pistorius’s drive for the ultimate control over a woman that comes if you kill her. Or she died, an innocent bystander, of that other macho which has not faded in the 20 years since Apartheid, where a notion of total onslaught comes from a deeply entrenched fear of the swart gevaar.

The trial will go through all the ballistics, the bullet trajectories, the blood splatter, the phone records and the meagre facts that Steenkamp’s body offered up to the pathologist.

But nothing will alter the fact that a gifted man, a strategist, a man who must have considered every single step he ever took, fired deliberately and repeatedly through a locked bathroom door.

The court may well never be able to ascertain what Pistorius’ state of mind was, but nothing will alter the fact that a person died that night because of one man’s rage or fear. Is an atavistic fear any less dangerous, any more justifiable, than the blind, narcissistic rage that drives some men to murder the women they sleep with?

If the prosecution is unable to prove its case beyond reasonable doubt, the judge will have to weigh up whether this fear of an imagined intruder is reasonable and therefore a mitigating factor.

The fact remains that this default to extreme and paranoid violence, whatever its psychological origins, has been so dangerous for women and children for so long in this country. DM

This article is published courtesy of Sunday Times.

Margie Orford’s latest novel, WATER MUSIC (Jonathan Ball publishers), is now available in all good bookshops. Do yourself a favour, read it.