With an election looming, Home Affairs plays the ‘blame the foreigners’ game 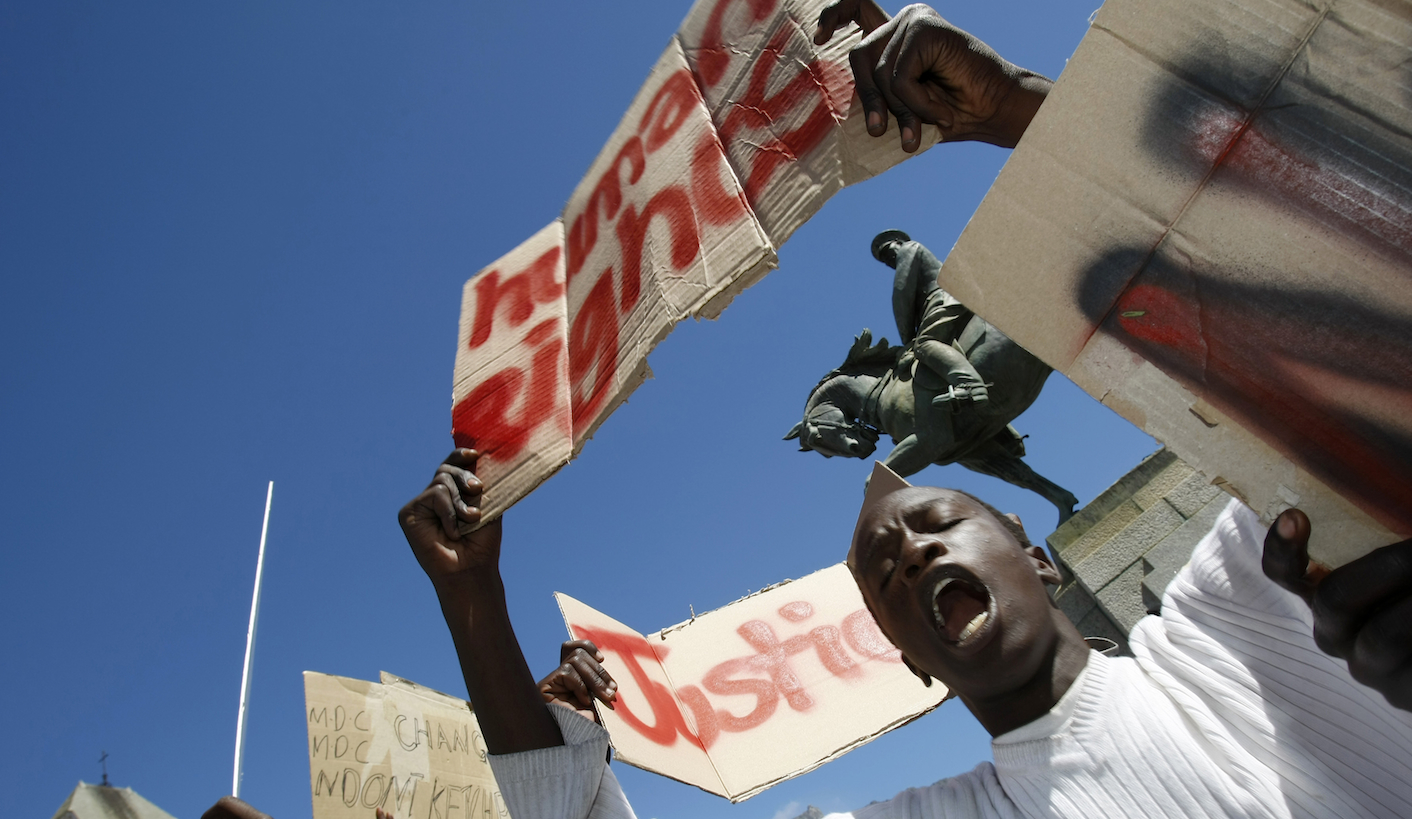 Home affairs minister Naledi Pandor is talking tough on economic migrants, whom she claims are abusing South Africa’s generous refugee laws. She wants to close the loopholes that let them stay. Does she have a point, or is this a standard dose of campaign trail xenophobia? Either way, there’s good news – there is a solution, as long as Home Affairs is prepared to take a good hard look at itself in the mirror. By SIMON ALLISON.

At a media briefing at Parliament on Tuesday, home affairs minister Naledi Pandor made headlines for what she didn’t say. The minister refused to comment on Uganda’s new anti-gay laws, her silence construed as tacit acceptance of Uganda’s stance. But what she did say was just as controversial, particularly on the subject of refugees and economic migrants.

One thing to understand first: legally, South Africa has one of the world’s most progressive approaches to refugees. Anyone claiming asylum is entitled to temporary refugee status while their claim is assessed, giving them some legal status. Even more importantly, these temporary documents give asylum-seekers the right to work, meaning they can look after themselves during the assessment process, which can take years (terminology note: a refugee is only a refugee when they are officially granted refugee status. Until then, they are asylum seekers). Most other countries are less forgiving, with asylum seekers forced to depend on handouts to survive – and then demonised for their lack of contribution – or simply turned away.

But any law is only as good as its implementation, and this is where South Africa struggles. Overwhelmed by a flood of asylum seekers – in 2011 and 2012 South Africa received more asylum seekers than anywhere else in the world – the creaking Home Affairs bureaucracy can’t deal with all the claims, and it is an uphill battle to obtain even the temporary status. Not to mention the bribes regularly demanded by officials, who know that asylum seekers have no redress, and the cases of incompetence where refugee law is misapplied or documents lost (many genuine refugee claims are mistakenly rejected).

Complicating things further is that, as Africa’s largest economy, South Africa is also a top destination for people looking for better economic prospects – economic migrants. With work visas hard to come by, the asylum process is sometimes used as a convenient loophole. As South Africa is legally obliged to assess each claim, and claimants may work during that time, it’s a way for economic migrants to access the right to work.

The home affairs minister wants to close this loophole.

“Our law is written in such a progressive manner that you essentially cannot deny anyone the claim and temporary status of asylum-seeker, due to a number of precedent-setting rulings of our courts, as well as various clauses of the Refugee Act,” said Pandor. “And the reality is that economic migrants are abusing the (act) in order to have status in South Africa.”

But fixing the problem is easier said than done, as the minister’s spokesman Ronnie Mamoepa acknowledged. “It is still very early in the process,” said Mamoepa, when asked what solution Pandor envisaged. “The minister has raised the issue, now we need to go forward.”

Making it harder for economic migrants risks excluding genuine asylum seekers too, whose rights South Africa has repeatedly committed in law to protect. “So, we are bedevilled to some degree by our [Refugee] Act, but our human rights jurisprudence would prevent us from making changes that detract from the essential core of the human rights character that we have in our Bill of Rights,” said Pandor.

Nonetheless, Pandor urged the next administration – it’s an election year, don’t forget – to find some way to separate the economic migrants from the genuine asylum seekers. This, she argues, will decongest the assessment process and prevent abuse of the system.

Of course, no one has actually forgotten that it is an election year, and it would be naïve to gloss over the fact that anti-immigrant rhetoric is almost always popular with electorates. This is especially true in South Africa, with our history of xenophobic violence. Pandor is only one short rhetorical step from saying that foreigners are stealing South African jobs. She also fails to mention that distinguishing between genuine asylum seekers and economic migrants can be extremely difficult.

David Cote, head of the Strategic Litigation Unit at Lawyers for Human Rights, told the Daily Maverick that he is worried about the tone of Pandor’s rhetoric: “I’m really concerned about the use of the word ‘abused’,” he said. Cote explained that the situations of individual asylum seekers can be extraordinarily complicated: some flee violence, persecution or discrimination; others flee extreme poverty; still others are trying to escape a combination of both. While extreme poverty is not a ground on which refugee status can be granted, it is nonetheless a desperate, life-threatening situation for millions. Trying to escape it does not make someone a criminal.

Besides, if Home Affairs was doing its job properly this wouldn’t be an issue at all. “There will be people who are taking advantage. But that’s why there is an adjudication process,” said Cote. It is hardly the fault of the applicants that the adjudication process takes years, especially when the department has been making the application and assessment process harder and harder. For instance, asylum seekers can only deal with special Home Affairs offices in Pretoria, Durban and Messina. The offices in Cape Town and Port Elizabeth were recently closed, while the Johannesburg office has been shut for two years.

Therein lies a solution from which everyone might just benefit. If Home Affairs adequately discharges its legal obligations to give asylum seekers, then genuine refugees would not have to spend years in limbo, waiting for a decision. At the same time, opportunists would only be able to “abuse” the temporary right to work for a matter of weeks or months – effectively closing the loophole about which the minister is so concerned.

This requires, however, a little more introspection from the department. It’s always easy to blame the foreigners, but this time the fix is a little closer to home. DM

Photo: Refugees, mainly from Zimbabwe and Somalia, demonstrate outside the parliament in Cape Town REUTERS/Mike Hutching)