HANNIBAL ELECTOR: Zulus vs. Indians — How the next Malema wants to change KZN 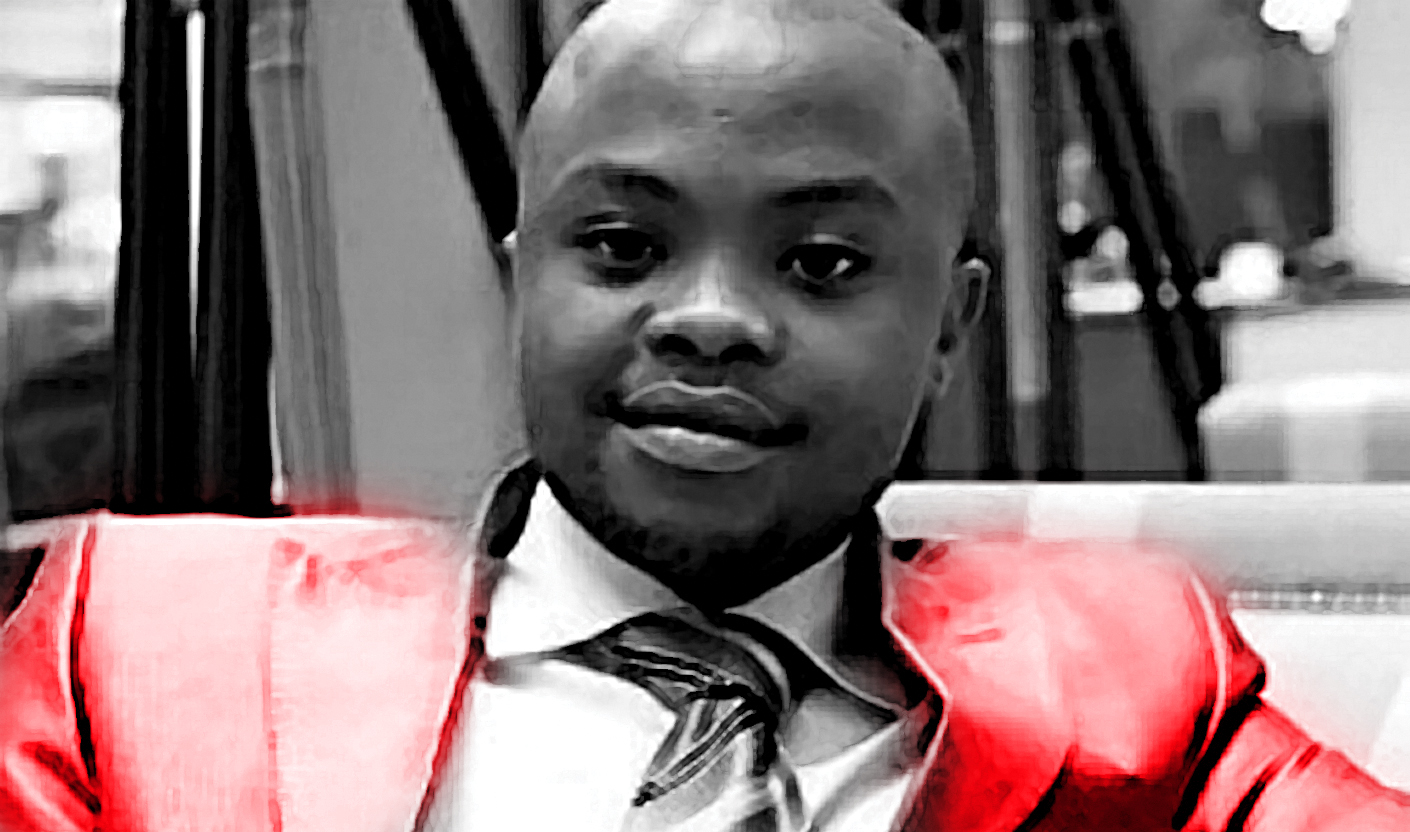 The Mazibuye African Forum, considered a radical anti-Indian lobby group, claims that they’re anything but. Their leader, a young firebrand named Phumlani Mfeka, may find himself as the next Julius Malema. Except he’s smarter, more dangerous, and has a platform that gains support by the day. RICHARD POPLAK took the time to meet him.

The abiding truth about election campaigns? They tend to bring out the worst in a country. You’d think that the spirit of the Athenian agora would buoy us all, and we’d skip hand in hand to the voting booth to express our Will as the People. Instead, elections always reveal the national essence—a landscape scarred by trenches dug eons ago, where the same wars are fought over and over again in the mud and bile of ancient grievances.

“After all, an entire nation consists only of certain isolated incidents, does it not?” asked Dostoyevsky.

It does. Here, then, is one such isolated incident, connected in turn to a thousand similarly isolated incidents. Gateway Mall, Umhlanga, 2014. Phumlani Mfeka, the 25-year-old chief executive of Mazibuye African Forum—a man who may become the next Julius Malema. His current organisation offers “well over 30,000” KwaZulu-Natalians an outlet for their displeasure regarding the Indian community’s “dominance” of that province’s “social and economic structures”. Their Facebook page describes MAF as “a new radical forum that wants Indians to be excluded from affirmative action and black economic empowerment programmes”, and one that is “intentionally ushering a generation of confrontational political activism among Africans.” While Mazibuye “heaps praise” on the “entrepreneurial spirit of Indian South African businessmen”, it wants them out of the province’s economic feedback loop. “The ultimate goal”, insists MAF, “is to fully liberate [KZN] in the interest of social cohesion.”

“Look around you,” Mfeka barks, shortly after I take my seat opposite him at an eatery in Umhlanga’s Dubai-like shopping compound. “All the shopkeepers here, most of the customers, they’re Indian or white. This is an example of how Africans are excluded from the economy of this province.”

Mfeka is a wildly bright young man who, although on the cusp of being categorized “born free”, proves that militancy isn’t going anywhere as far as South Africa 3.0 is concerned. His MAF t-shirt depicts an eagle (I think it’s an eagle) swooping down on the African continent for the kill, with the dual taglines “We want our land back!” and “Anger is mounting”. Mfeka is preternaturally skilled at politico-speak, as if he was whelped within the halls of Luthuli House. Turns out, he was. “I was born into the ANC, born into Umkhonto we Sizwe,” he tells me. “I know the ANC and nothing else.” He learned struggle songs at the knee of his grandmother, and his family home was firebombed on several occasions. His uncle was involved in Operation Butterfly, and went into exile in 1985. Mfeka’s blood runs black, green and yellow.

Nonetheless, it’s hard not to interpret MAF’s Anti-Indian campaign as a not-so-subtle rebuke to the leadership of Jacob Zuma, a Zulu and proud KZN-er famously connected to some of the more prominent Indian families in the country’s business milieu. But Mfeka insists that the president’s dealings with Schabir Shaik (“overwhelming” evidence of a corrupt relationship) and the Guptas (are you kidding?) have no bearing on MAF’s mandate. Theirs, says Mfeka, are historical grievances, baked into the Forum’s pointed use of the term “African” to describe KZN’s black population.

History, it turns out, plays a starring role in MAF’s recent “Economic Quagmire Discussion Paper”, a lengthy document prepared by the Forum for inclusion in the ANC’s policy conference of 2012. One presumes it landed on ANC desks like a bag of flaming turds. To wit:

“In their efforts to portray Indians as having always been ‘our brothers in arms’, [l]eaders deliberately omit a very unattractive aspect of Natal Indian history i.e. the fact that as part of the divide and rule tactic, the British held Indians at higher regard than African people. In other words, they were more privileged than Africans. We accept, of course that their privilege may not necessarily have amounted to luxury or to the same standard of living as whites, but it was certainly better than that of Africans.”

The MAF Economic Quagmire Discussion Paper blows almost a page and a half lashing Mahatma Gandhi, who was apparently not a fan of the Africans during his time on these shores, or at any other point in his career. On the bottom of the fifth page the document offers the following quote in blazing red italics:

“Ours is one continued struggle sought to be inflicted upon us by Europeans, who desire to degrade us to the level of the raw kaffir, whose occupation is hunting and whose sole ambition is to collect a certain number of cattle to buy a wife, and then pass his life in indolence and nakedness”.

“Yup, that’s a quote we like to throw around. Oh, Gandhi hated us,” Mfeka tells me, as he sips away at a bottle of ice-tea. “The guy was very blunt. He really ingrained this racial supremacist ideal within the Indian community here.”

For all that, Mfeka insists that MAF is not a tit-for-tat racist organisation, but an economic equality organisation. (“Look at the definition of racism”, he says to me, “and tell me if it applies to us.”) And while there is a perception—his word—that Africans and Indians fought side-by-side against the Apartheid regime, they were fighting for a different cause, a fact that would probably come as news to Ahmed Kathrada. “Africans were battling to get our land back. Ours was a struggle for economic independence,” says Mfeku. “The Indian struggle was to be considered equal to whites. We didn’t care about that.”

But isn’t his organisation an outright affront to his beloved ANC in the province? Surely the MAF is meant to strip local structures bare, revealing divides within the party. I mean, isn’t this a Zuma Inc. issue, rather than an Indian Inc. issue?

Nope. “I’ll make an analogy,” says Mfeka, and I brace myself. “In our culture, polygamy is accepted. If your two wives are fighting, your job is to bring your wives together, not further apart.”

Yes, but isn’t the MAF acting like a nutty wife in a Zulu soap opera, causing all sorts of havoc in the homestead?

Mfeka offers a mirthless little laugh. “We’re not anti-Indian. That’s wrong. Anyone who applies that label—they’re trying to suppress the debate. They need to be out of the BEE and affirmative action programmes. Now.”

The MAF has badly rattled the ANC, to the point that provincial secretary Sihle Zikalala has bleated, “We appreciate that economic imbalance must be addressed, but we are not going to allow a situation whereby the ANC is led by a racial divide.” Meanwhile, Mfeka is being nominated in ANC Youth League branches as a replacement for Julius Malema, a turn of affairs that apparently keeps Zikalala up at night. “The ANC does not believe in racial discrimination,” he has said. “It will be a problem if he is a leader of [MAF] and a member of the ANC Youth League. If he has a membership, the ANC will have to meet with him and deal with him directly, because right now we do not know if he is a member.”

The provincial ANC is right to be terrified. As the MAF Economic Quagmire Discussion Paper notes, this issue is so inflammatory “that if not handled with the diligence it deserves it might very well be a catalyst for an undesirable race-economic rooted conflict, particularly in KZN where the African majority has more clearly than anywhere else in South Africa been reduced to the role of spectator or labourer in the local economy.”

While the adjective “undesirable” is welcome, Mfeku is not the person you want to speak to when it comes to reassurances of KZN’s rosy, non-violent future. “This place is very dangerous,” he says, waving an arm around Gateway’s magnificence. “People say that we’re inciting violence. Let me assure you, in KZN you don’t need to incite violence for violence to happen. Don’t forget, the first ANC president spoke about exactly the issues we raise. This dates back centuries.”

Indeed, another favourite MAF quote comes courtesy of Dr. John Dube, who said, “People like the Coolies have come to our land and lord it over us, as though we, who belong to the country, were mere nonentities”. And they’re not alone—an organisation called Imbumba Empowerment Business Group has previously called for Indians to be banned from KZN tenders, a charge they now vehemently deny. Regardless, both groups are picking up lots of support and they’re pushing local politics in a vicious new direction. There have been flare-ups in Phoenix, where 44 MAF members were arrested in a confrontation with cops and businesses.

“There’s just a tremendous amount of exploitation,” Mfeka says, by way of explaining the anger. “What those men do to their maids, for instance,” he says, “it’s serious. It’s serious.”

When I ask Mfeka what he’d say to an Indian who identifies as black, he shakes his head. “Those who are honest would appreciate the issues.” It’s the kind of non-sentence that an ANC politician would be proud of. And as for his chances within the ANCYL?

“I’m not concentrating on that now. We have a crisis in this province. And we must solve it.” DM