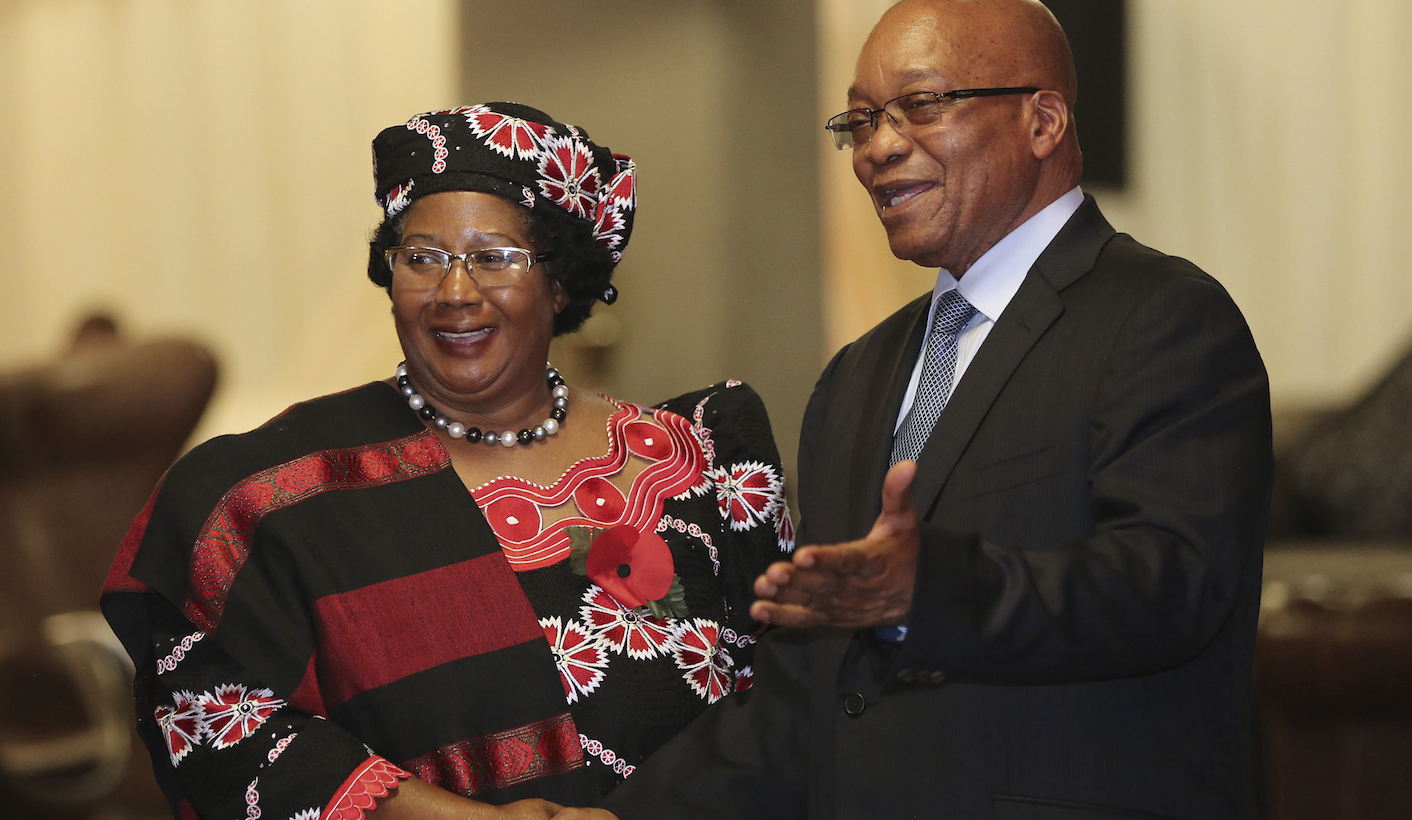 In May, just a few weeks after South Africa, Malawi will go to the polls. Despite never having won an election before, President Joyce Banda is hoping to remain in charge – this time with a real mandate from the people. But it won’t be easy. Although her presidency began brightly, she’s falling into some of the same traps as her notoriously corrupt predecessor, and people are beginning to notice. By SIMON ALLISON.

Before Nelson Mandela died, most South Africans didn’t know who Joyce Banda was. They certainly would not have been able to pick Malawi’s president out of a line-up. But then she came to his funeral, and gave a simply magnificent speech, concluding with this unforgettable, Madiba-inspired advice: “Leadership is about falling in love with the people you serve, and them falling in love with you.” She was eloquent, moving, and deeply personal. Malawi was in safe hands, we felt, and the international community concurred. On taking over the presidency and appearing to right many of her predecessor’s wrongs, Banda was lauded widely.

Malawians might feel a little differently. Last week, on Valentine’s Day, President Banda submitted her nomination papers to the Independent Electoral Committee, confirming that she would stand as the People’s Party candidate in the presidential election scheduled for 20 May. If she wins, it would be her first election victory (in 2012, she assumed power after the death of incumbent Bingu wa Mutharika).

But a victory is by no means guaranteed. Hanging over Banda’s head are accusations of dishonesty, graft and incompetency, and Banda’s political opponents are gleefully sharpening their (metaphorical) knives. Forget Mandela. If we’re going to mention Banda in the same breath as a major South Africa leader, then Jacob Zuma might be a little more appropriate.

Zuma has the Nkandla scandal clouding the last days of his first term in office. For Banda, it’s Cashgate. Last year, a series of suspicious incidents (in particular the attempted assassination of a senior civil servant, and the discovery of huge amounts of cash in the boot of another’s car) opened the lid on a massive, multi-million dollar corruption scandal, which the BBC described as “the biggest financial scandal in Malawi’s history”. Initial investigations revealed that while the rot may have set in under the late Mutharika, it had certainly continued under Banda, and she had done little to stop it. In total, it’s estimated that around $250 million may have been lost through dodgy payments made to dodgy businessmen for services that were never in any danger of being rendered.

President Banda was appalled – in public, at least. “”We need to start fighting corruption from individual, household, community to national level…It is everybody’s war,” she said. She also commissioned a government report looking into the scandal, with assistance from forensic investigators loaned by the British government. In addition, at least 70 people have been arrested as part of a separate police investigation (although opposition groups have dismissed this as going after the “small fry”, while the “big fish” swim free).

Despite this, Banda has never been able to shake claims of involvement herself. And even if she was not involved, the sheer scale of the corruption is an indictment of her administration, and her ability to control it. Either way, it reflects a serious problem at the heart of Malawi’s government, and donors – who provide 40% of the country’s budget – were unimpressed, suspending some $120 million in funding. Privately, several representatives of international aid organisations working in Malawi have told the Daily Maverick that while Banda has talked the talk, she has failed to take any meaningful action against high-level perpetrators.

On this she has some form. In January, the Telegraph’s Aislinn Laing broke a stunning story about the sale of Malawi’s presidential jet, which was one of the first acts of Banda’s presidency in 2012. Selling the jet was a hugely symbolic indictment of the excess of Mutharika’s regime, and Banda’s determination to do things differently. Laing, however, revealed that while the jet was indeed sold, it was bought by what appears to be a front company for Paramount, a controversial South African arms company. As it happens, this company has allowed Banda to continue using the jet for free. Paramount has also benefitted from several major Malawian defence contracts. So much for that symbolism.

After several months, the preliminary report into Cashgate is now ready – but not for public consumption. Much like Jacob Zuma is trying to prevent publication of the Public Protector’s Nkandla report, Banda is keeping its conclusions under wraps.

“Instead of sharing it with Malawians as promised, the report is being treated as a confidential document – and only very few people are being allowed to study it. And guess what – apart from a few high-ranking government officials – no Malawians have been given access to it,” reported Theresa Kasawala of the Open Society Initiative for Southern Africa.

“Instead, it has been circulated to ambassadors from donor countries and submitted to the International Monetary Fund (IMF). This begs a host of questions, including why has a Malawi government report into the looting of Malawi’s treasury only been sent to foreign dignitaries and the IMF rather than being shared with those who are affected by it – the Malawian people?”

Presumably, Banda is nervous that the conclusions of the report may affect her chances of being elected in May. And she’s right to be worried. Opposition to Banda is strong, and Malawians have options. The main opposition candidates include Peter Mutharika, brother of Bingu and head of Bingu’s old party, the Democratic Progressive Party, which is probably the best-organised opposition party; or there’s Atupele Muluzi, son of former President Baliki Muluzi, who led popular protests against Bingu wa Mutharika in 2012.

Let’s be honest, though: for Malawi, neither of these opposition candidates represent anything new. Both are trying to continue their own family legacy; both are likely to return to policies which failed Malawi in the past. Then again, Malawians may prefer at least the illusion of change to another five years of President Banda, who, despite the promising start, seems to be repeating the mistakes of her predecessors after all. DM