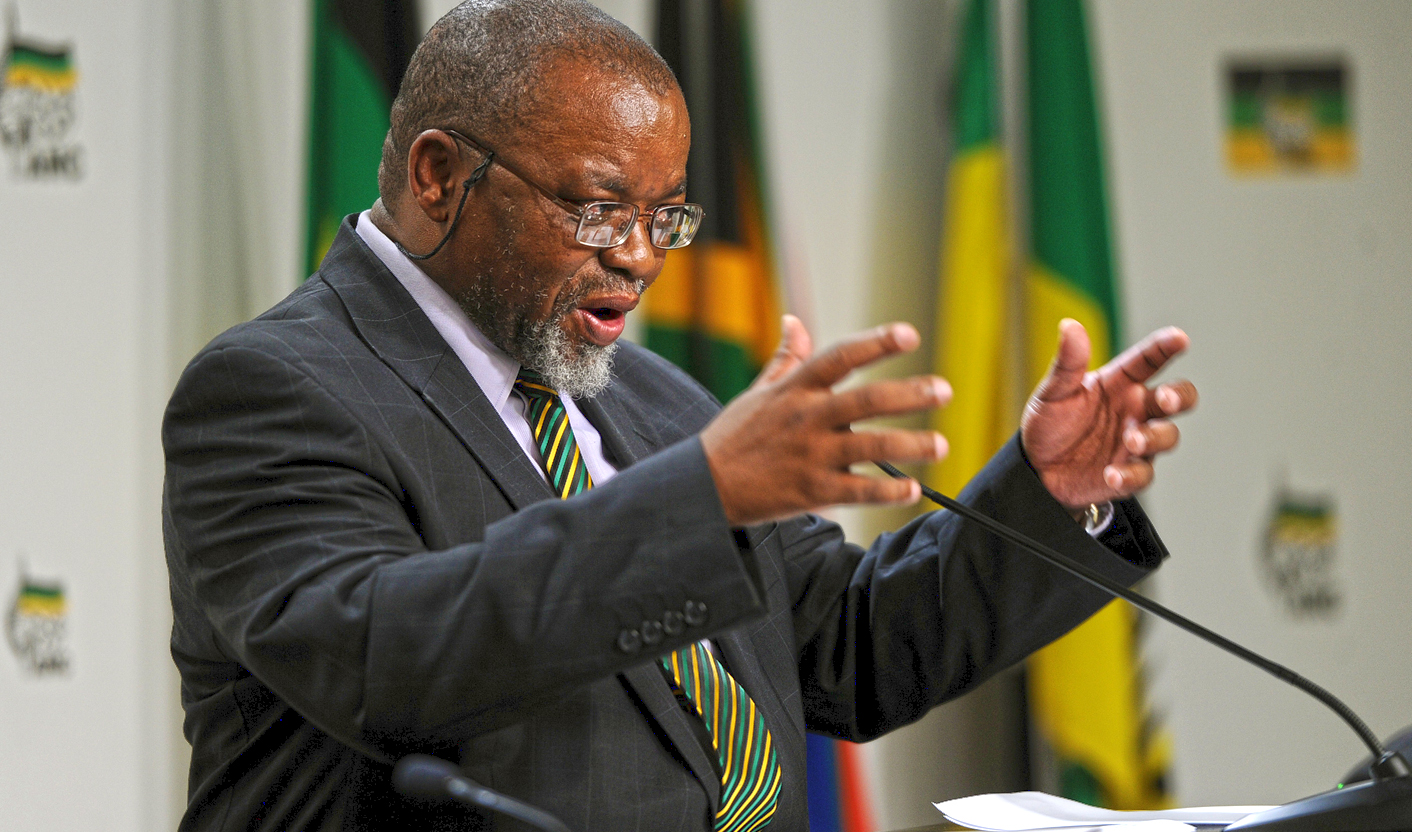 On Tuesday, the ANC has pulled off another masterpiece in pretending at transparency while remaining as closed off as a maximum-security prison. Their electoral list presumably exists, but they weren’t about to release it. By RICHARD POPLAK.

Imagine walking into a film—the latest Marvel superhero extravaganza, say—sitting down with a bag of popcorn and, instead of a man in tights flinging CGI webs at bad guys in New York City, the director strolls out in front of the screen and describes the process involved in making the movie you thought you had come to see, but will not, in fact, be seeing.

How best to describe such a provocation? Meta-commentary on the art of the filmmaking process? A postmodern caper equal to Duchamp’s Fountain, in which he submitted a urinal to Society of Independent Artists in 1917, forever changing the art world? Or the out-and-out thievery of R60 and two hours of your time?

This was the conundrum faced by those in attendance at Luthuli House’s new Media Centre, Tuesday at noon. (Where the governing party once held their presser’s in the foyer, they have recently constructed a gleaming room full of mod cons like seats and lights and a speaker system, of which they were noticeably proud.) Despite all of this newness, the event in question was in fact a non-event, and felt very old, as if we’d seen this movie before, and indeed had—many times, on repeat.

The media showed up en-masse expecting the ANC to release its election list, a misconception for which we were roundly castigated. “At no stage did we say we were releasing the list,” spokesperson Jackson Mthembu told us. “We are saying to those who were tweeting, tweet correctly.”

So—in order to set the record straight—I must emphasise that the ANC had no plans to release the list of names of those they hope to install in governing positions in this country. They planned this press conference to deliver a seat-of-your-pants, behind-the-scenes play-by-play on how the list was compiled, a sort of House of Cards-style insider’s view of how the party functions, and an ode to the spirit of openness in which they operate.

Except that the ANC has become—or perhaps always was—so opaque that even when they’re explaining, in great detail, exactly how they work, the language and imagery conjure up a Star Wars Lego set assembled in the pitch dark with a pair of mittens. I have reams of material, statements and explications regarding how The List was created.

Good old Gwede Mantashe, Secretary General of the ANC, and the man charged with delivering all this bluster. He strolled into the press conference knowing that this non-media event would be overshadowed by the day’s actual media event—the merger of Mamphela Ramphele’s broke-ass Agang Party with Helen Zille’s ever-aspirational Democratic Alliance. Only days earlier, Helen Zille had explained to a room of journalists that there was no chance of her party engineering a coalition before the election, because how could anyone be stupid enough to ask? Three days later, the DA merged with exactly the party everyone expected them to merge with. When I pointed this out on Twitter, a piqued Zille asked me,  la Mthembu, to Tweet correctly. To wit: “Politics 101, Coalitions are not mergers, and vice versa.” She is of course semantically correct, but then again, semantics are a politician’s bestest trick.

That said, Ramphele was jettisoned to the top of the DA’s own meticulously compiled, democratically vetted List, released with some fanfare last Saturday, sans any hint of the ex-Agang head. These are details, though. Finally, an election! Ramphele for Prez! Now it was on! You’d think Mantashe would have sweat on his upper lip. You’d think some of his swagger would be diminished.

But no. His concern was explaining the inner workings of the party he administrates. He held aloft The List, which had the heft of an unedited manuscript of Ulysses, and described how the cake was baked: On the 24th of January, in the St. George Hotel in Irene, the ANC’s National Executive Committee held a one day meeting, followed by a two day Lekgotla, followed by a one day National List Conference.

The NEC meeting resolved to immediately take to task those members who have sullied the ANC’s name through extra-curricular criminal activity, and remove them from the leadership list as per the Mangaung resolution (which presumably terminated the get-out-of-jail-free pass once used by the president). This List, Mantashe was implying, was a new type of list, which did not contain the usual murderer’s row of sleazebags and horse thieves who have up until now so inefficiently run the country.

Furthermore, the Lekgotla engaged in the vital task of congratulating the ANC for the fact that the country is no longer as crap as it was in 1994. It used the recent nonsense Goldman Sachs report as the cherry on top of what has been an unbroken string of major successes, a record marred only by a few minor triumphs. That the ANC still insists on using one of the worst regimes in history as a benchmark for success is a little terrifying, but hey—it’s their Lekgotla.

These meetings were also concerned with ensuring that the institutional memory the ANC has acquired over the course of its two-plus decades in power is not wasted, and the SG insisted that comrades in high positions—once retired—could move down the ladder and rip off smaller communities following their stints thieving from the state treasury. “There should be nothing wrong with a retired minister retiring to be mayor of a small dorpie,” said Mantashe.

And Bekkersdal thinks it has problems now?

Make no mistake, said Mantashe, “the eye of the needle has become smaller” for those who were hoping to make The List. It was a painstaking exercise, with “members really fighting in the branches” to ensure their nominees a proper hearing—an entirely democratic process that, through a complex algorithm, ensured the fact that there would be a 50/50 gender balance split, and women aplenty in the race. As to any Big Names that might be in the running, “[The ANC doesn’t] have such a description, big names.”

The List, Mantashe told us, “is not cast in stone. It is cast in steel.” It is an inviolable tome, unchangeable, all worthy. The List will be revealed when the ANC hands it over to the electoral commission, as per constitutional law, a couple of days after the election is called—whenever that may be—which will indubitably give the press plenty of time to examine its several hundred pages, and judge the worth of those within.

So the bell of clarity was finally rung: this wasn’t a postmodern art project, but a political ploy—a show of openness without actual transparency, a movie without actors, sets, a plot or cameras. If anything, it resembled a Beckett play, with all of us present playing Vladimirs and Erdagons. Waiting for The List. Of course the ANC doesn’t want us to parse The List. Of course they don’t want us to know who is on it. And so, this theatre of the non-press conference, deftly summed up by Beckett’s Estragon:

“Nothing happens. Nobody comes, nobody goes. It’s awful.” DM