AMCU at Marikana: ‘Malibelinye linye, Asiye’ – In one voice, we are not going 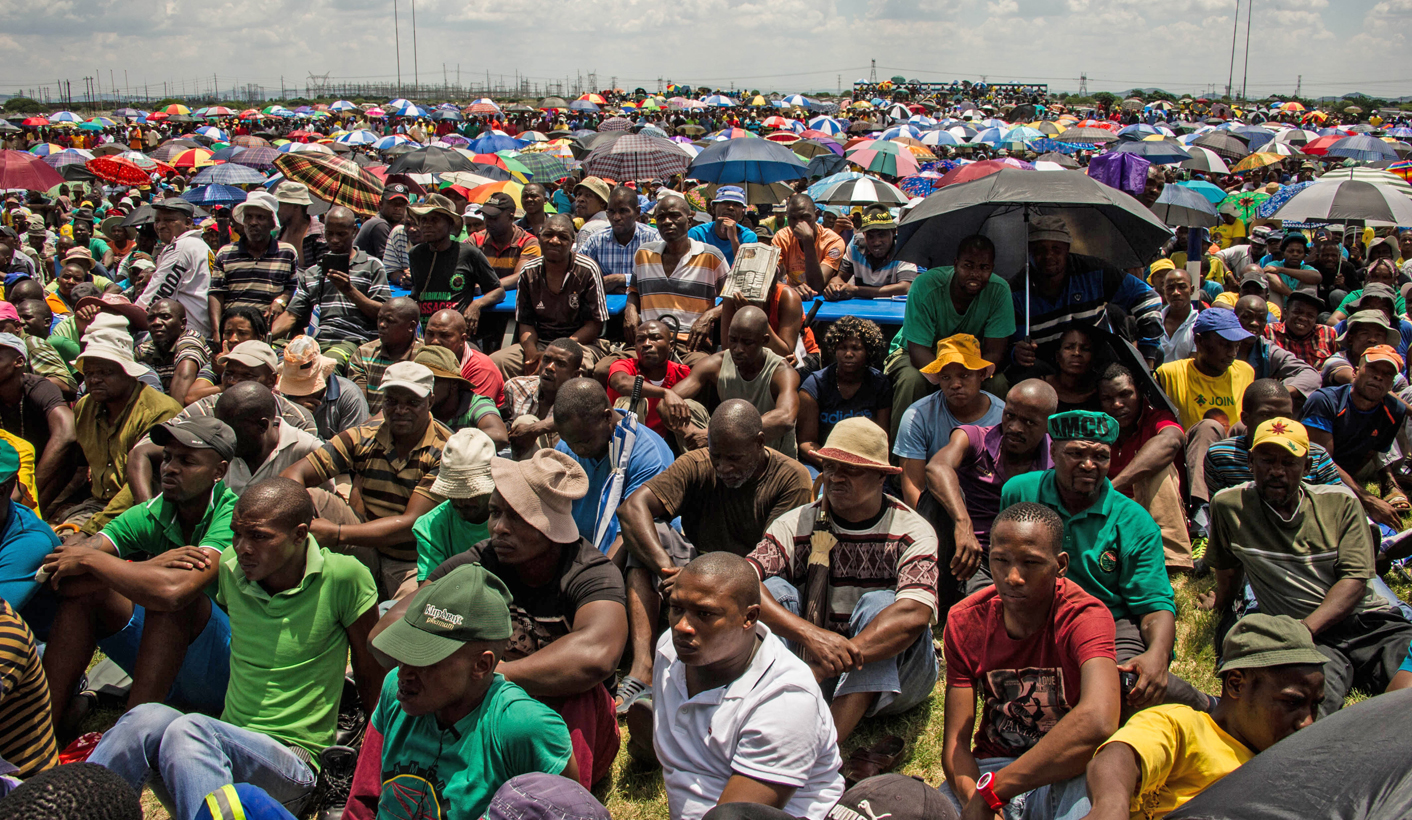 On Thursday, AMCU members have with one voice agreed they will not be returning to work until their salary demand of R12,500 is met. The union, meanwhile, has emphasised the need to keep violence and intimidation to a minimum. By THAPELO LEKGOWA.

“This is a year of doing things differently. We will not be pushed into a corner because of our desperations. If there be a need for us to not to pay school fees, so be it.”

This was but one of the sentiments expressed by workers at Lonmin’s Wonderkop Stadium in Marikana on Thursday, where they congregated to get feedback on the progress of negotiations between AMCU and mine management.

In unity, workers agreed that they would not be engaging in any violence in the current strike. “We do not wish to see the event of 2012,” said a worker within the crowd, who did not give his name.

Workers sat in scorching heat waiting for a report from the leadership on the process and way forward during the strike. They were addressed by the president of AMCU, Joseph Mathunjwa, who emphasised the need for good behaviour during the strike by AMCU members.

‘This is an AMCU strike and only for AMCU members. No one going to work and no property will be destroyed,” he said.

AMCU has promised to deliver R12,500 to the workers across the platinum belt.

Some workers spoke in whispers in corners. Others, speaking to Daily Maverick, said they hoped the strike would not take long as they did not wish to be applying for cash loans any time soon.

The reality is that different individuals will be affected differently by the strike, and their responses will also vary, whether by intensifying their struggle for higher pay, or by going back to work. Whether the negotiations will be resolved peacefully, only time will tell. DM

AMCU president Joseph Mathunjwa tells workers of the time he asked mining bosses to go back and calculate how much they spend on their dogs monthly, and and in view of that, to consider paying workers better wages.

An AMCU member prays at the end of a meeting addressed by AMCU president Joseph Mathunjwa.

Main photo: AMCU members listen to a report on the strike’s development by Joseph Mathunjwa.