Mandela remembered at the FNB Stadium 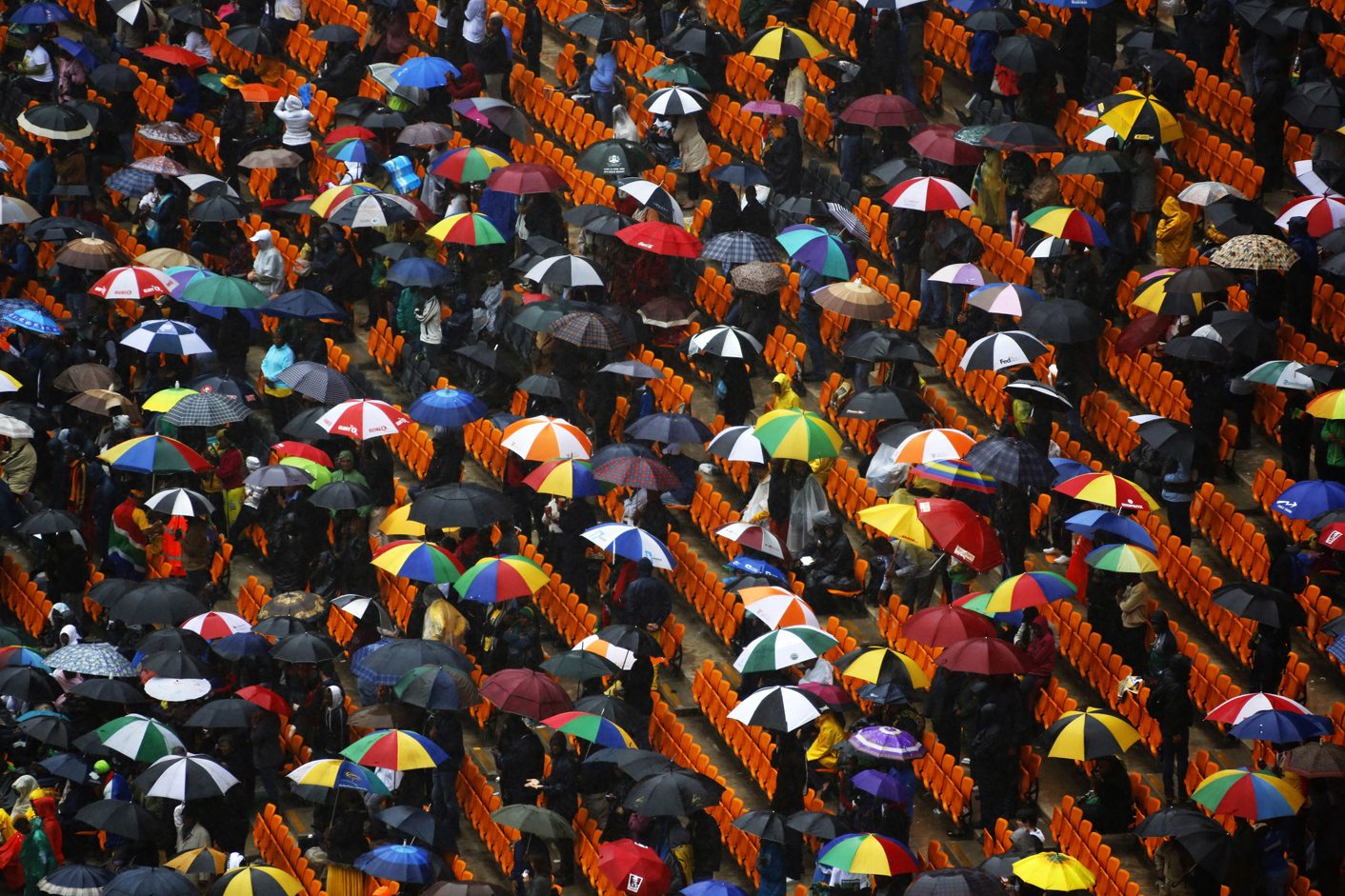 It was a day set aside to remember former president Nelson Mandela, to pay tribute to a life well lived, to hail a man embraced across the political divides of South Africa, and indeed beyond. The day, however, may be remembered for different reasons, most notably the public booing of President Jacob Zuma. By KHADIJA PATEL.

Amid great logistical challenges, exacerbated by inclement weather, the state’s memorial service for former president Nelson Mandela will perhaps be best remembered as the day President Jacob Zuma was booed in front of 91 world leaders. When he spoke, Zuma betrayed no emotion. He did not break into song. Nor did he dance. Zuma clung instead to the text of his prepared speech.

The president said it was a privilege for South Africans to have lived in the times of Nelson Mandela.

“South Africans sing a popular freedom song about former President Nelson Mandela,” Zuma said. “We sing that he is one of a kind, that there is no one quite like him. Nelson Mandela, Nelson Mandela akekho ofana naye.”

Zuma’s speech was, however, widely criticised by onlookers, who felt that Zuma should have spoken of his personal recollections of Mandela. Instead, the president’s speech sounded like the monotonous reading of a history book.

The South African president, however, may well have been shaken by his reception at the FNB Stadium. As soon as Zuma emerged on the lawns of the stadium, the crowd booed.

To compare, former president Thabo Mbeki received rapturous applause each time he was shown on the big screens.

“I am not sure that it is appropriate to boo Zuma at Madiba’s memorial. This is Madiba’s day. We should not be distracted from this,” political analyst Adam Habib said on Twitter.

He told the BBC, “(Nelson Mandela) ushered in new era. But the politicians who came after are having to do the hard work on the ground. They are having to get the schools built, the housing, the jobs provided, the crime done. It’s a tough business.”

Some reports suggested that police had been deployed to the boisterous sections of the crowd. Other reports claim ANC Gauteng chairperson Paul Mashatile and Bheki Cele had themselves waded into the crowd in an attempt to bring calm to proceedings.

And while the big screens were turned off in an attempt to stop the booing –and cheering for more popular politicians like Zimbabwean president Robert Mugabe and US President Barack Obama – the crowd seated behind the stage appeared to have been conducting a memorial service of its own, quite apart from the official programme.

But it was US President Barack Obama who best captured the attention of the crowd.

“For the people of South Africa, for those he inspired around the globe – Madiba’s passing is rightly a time of mourning, and a time to celebrate his heroic life. But I believe it should also prompt in each of us a time for self-reflection,” Obama said. “With honesty, regardless of our station or circumstance, we must ask: how well have I applied his lessons in my own life?

“It is a question I ask myself – as a man and as a president.”

And with Obama shaking the hand of Cuban president Raul Castro, Mandela’s ability to bring warring parties together was apparent, even in death.

When he spoke, Castro spoke of Mandela’s “bond of affection” with Fidel Castro and said, “We shall never forget Mandela’s moving homage to our country’s struggles when he came.”

Another memorable moment of Tuesday’s event came at the end of the day’s proceedings when Archbishop Emeritus Desmond Tutu was called to the stage.

He, too, bemoaned the crowd’s lack of discipline.

“I won’t speak until there is pindrop silence,” he said. “You must show the world you are disciplined. I want to hear a pin drop.”

And indeed there was absolute silence as Tutu led the final prayer of the day.

“We promise God that we will follow the example of Nelson Mandela,” he said, coaxing the crowd to chorus, “Amen!”

If it’s any consolation after a day like this, at least we still have the Arch among us. DM