Elegy for a bassist: What, and who, are we remembering...

Elegy for a bassist: What, and who, are we remembering when we say goodbye? 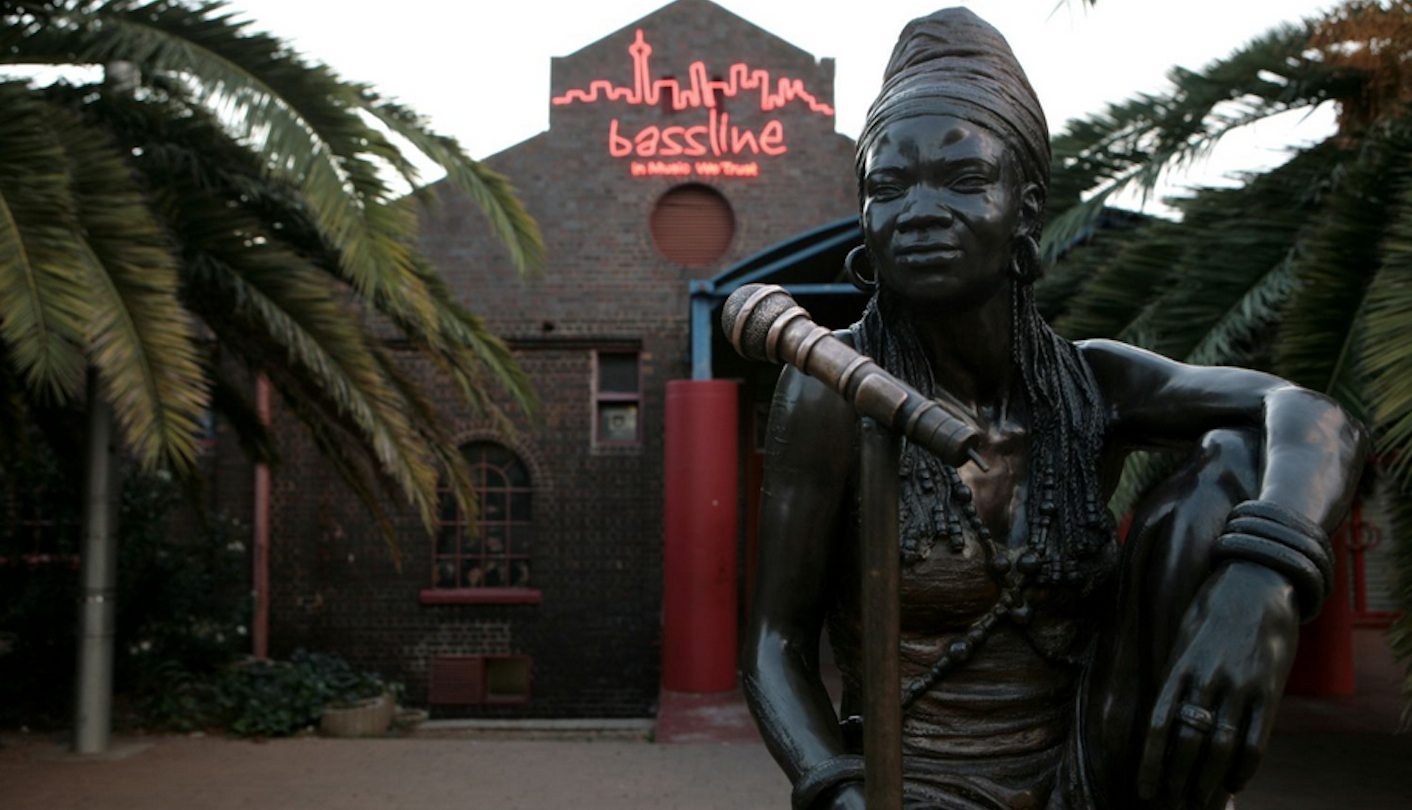 On the Sunday following Nelson Mandela’s death, RICHARD POPLAK attended a memorial service for a well regarded South African musician. It was the South African moment in miniature.

Yesterday, I attended a memorial service. The occasion wasn’t dedicated to South Africa’s former president, as so many in Johannesburg were, but rather to a relative nobody named Mokati Molekwa, who had performed as a session bassist in more South African bands than anyone could remember. Mokati, barely middle aged, was a rare of species: a man who had made a living playing rhythm. It’s a tough way to make a buck, and entire lifetimes can be lived in a weekend. In this, Mokati had lived far more than his four score and seven, even though he’d lasted barely half that.

It is said that Mokati died of grief. After his wife passed away less than a year ago, he slunk quietly from this world to the next, and there was nothing anybody could do about it. (It was largely understood that his broken heart was compounded by a condition that no one at the benefit would name, and one that he would not seek help for). He is survived by three young boys, who are now orphans. His peers organised the memorial in order to set up an education trust for Mokati’s kids, who like so many young in this country will be absorbed into other family units while the memory of their parents dwindles to nothing.

That said, it will be more difficult to forget Mokati than most. His face appears in photographs and videotape and cell phone footage accumulated throughout a generation of South African music history. Dozens of artists were willing to come out and play for free in a pouring rainstorm, including the legendary saxman Sipho Hotstix Mabuse. His set was subdued yet luminescent, an elegy in an upper register. I was shocked at how old Sipho had grown, but it seems that this is the moment to acknowledge that an entire South Africa is fading, and soon all the old luminaries will be reduced to Wikipedia entries.

Johannesburg’s Bassline club was not packed, and children scampered around on the dance floor, gleefully enacting old Apartheid dramas—black kids piling on white kids hammering on coloured kids dragging black kids along the filthy concrete floor. They were having a blast, and I was struck, as I always am, by the curious confidence displayed by so many South African children, regardless of colour or class. There was an innate bluster, a furious streak of promise that ran through all these screeching hellions. Life will soon get busy with its rigorous sorting, and some will emerge much luckier than others. As far as Mokati’s boys are concerned, they will be forced to get by on the kindness of strangers, such as those that set up the trust. For them, the time for relying on luck begins now.

There are striations of mourning in a country as diverse as this one, and the club incorporated almost all of them: joyful celebration of a life lived well; bitter goodbye for a life ended too soon; somber shivah for an artistic soul. In this, Mokati’s memorial was a curiously South African endeavour—a wake but also a forward thinking, practical matter; a funereal goodbye as well as a subtly political plaint. By simply existing, the memorial stated a terrible fact: far too many children are swallowed up by one of this country’s many maws. We have built few institutions that are able to ensure the safety of our children outside of the home.

There are no guarantees for a decent education outside of private schooling, and fewer guarantees for the wellbeing of children inside schools that don’t require American Express Centurion cards for fee payment. In almost every way that counts, the children of this country have lost out on transition. In 1990, the promise that Bassline’s little dance floor ruffians exhibited was meant to last lifetimes. Now, it’s a fleeting blip.

The music was ostensibly for Mokati, the money for his boys, but Madiba’s passing hung over the proceedings like a shroud, and how could it have been otherwise? The hundreds of memorials in churches and mosques and synagogues certainly kept some away of Mokati’s supporters away. Here, as elsewhere, Madiba’s legacy loomed—not in how a racially diverse group of South African children could covert on a dance floor, because this crowd was racially diverse long before liberation. But in how tentative these children’s futures were. I didn’t sense the first stirrings of anger, per se, but certainly the first tiny nudge of despair – if Nelson Mandela was unable to architect a country in which kids count for anything, then who the hell will?

The answer is both obvious and impossible, and it is embedded in the memorials that lie in wait for us this week. Who is coming, and what are they coming to celebrate? They are as profoundly an international group as has ever gathered in one place for the death of a dignitary. And they are celebrating the Biblical, the Christ-like values that they believe Madiba embraced: forgiveness, turning the other cheek, loving thy fellow man regardless of his transgressions. Too many of those coming fail to identify the icy pragmatism that girded Madiba’s political genius, and the horrific gaps that pragmatism left for future generations to close.

And so I once again realised, during a memorial for a humble bassist, that a Great Man is never enough. Makati’s kids will be saved by his friends, by his family, by his community. It would help if they had a government to take care of their interests, but intellectual libertarians should try out their theories in South Africa, where an end of days Darwinism rules far too many lives.

Madiba’s brilliance was that he was able to suture us together with symbols, and in doing so, proved that we were not so different; he saved several hundred thousand lives by making a symbol of himself. There was profound justice in what he did but, like all politics, it was the means, not the end. It turns out it was barely a beginning.

The generations that followed Apartheid had but one overarching responsibility – to provide a level playing field for our young. Nelson Mandela was the president of this country, and this country is still broken – he was not enough. He was the front man to millions of Mokati-like bassists, who must continue trying to beat out a rhythm. Except with more urgency, with more energy, and with more intent than ever before. DM

Photo: The legendary Bassline in Johannesburg where a tribute to bassist Mokati Molekwa took place this weekend. Another music legend Brenda Fassie keeps a constant watch over the venue. (Picture Times Live)