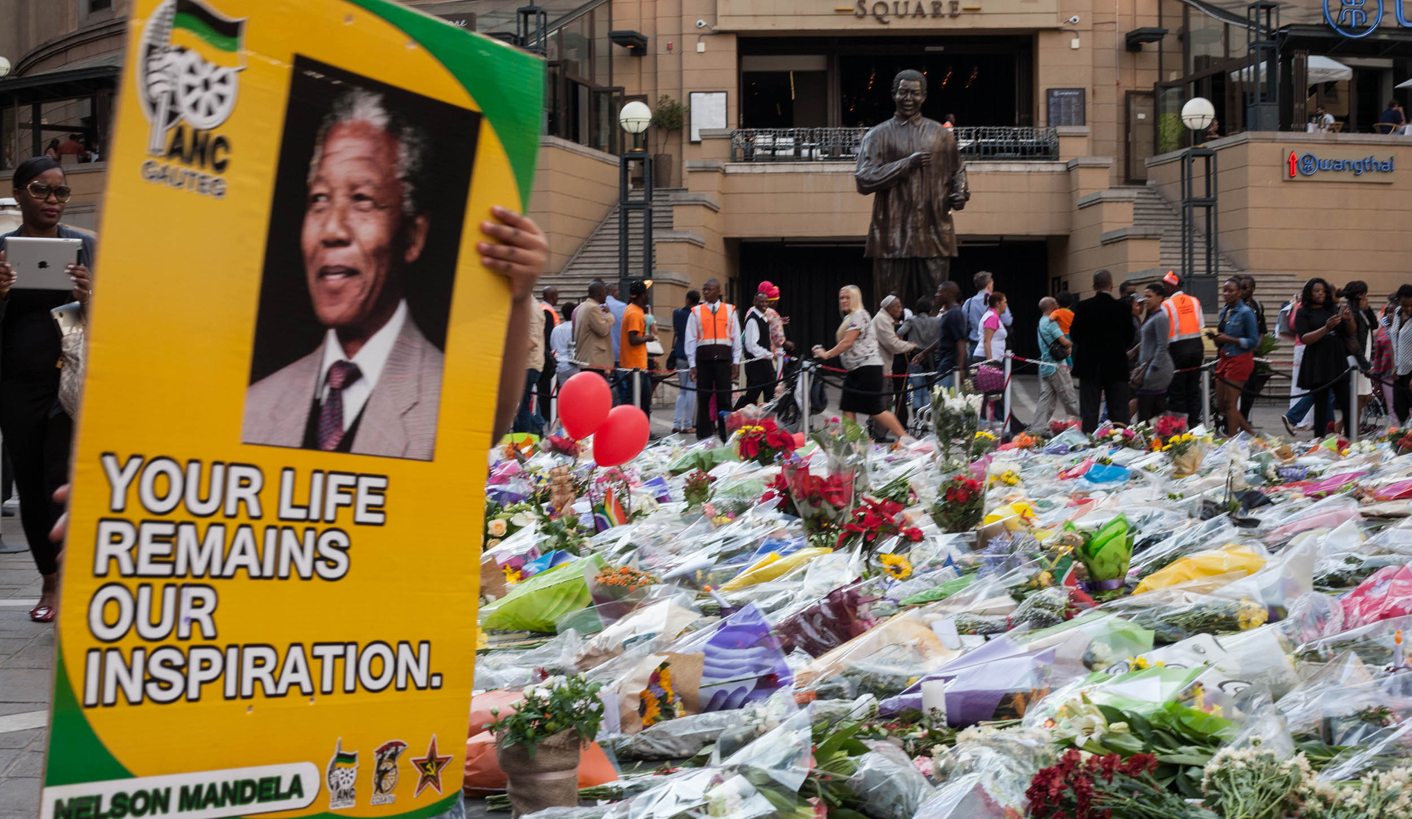 The memorial events and funeral of former president Nelson Mandela is of “unprecedented magnitude”, the South African government said on Saturday. From security to logistics, a massive planning operation involving multiple state departments is unfolding. With the world’s attention on South Africa, government has to ensure the smooth running of all the events where thousands of people, foreign dignitaries and a massive media contingent will gather over the next week to bid farewell to Madiba. So far, it is off to a bumpy start. Meanwhile, ordinary people are flocking to sites associated with Mandela to mourn and pay tribute. By RANJENI MUNUSAMY.

Millions of people on the planet have their eyes on South Africa, watching the most prominent global citizen being remembered, celebrated and eventually laid to rest. The South African government is in charge of all the national events, including the state funeral at Qunu, three days of public viewing of Madiba’s remains as his body lies in state at the Union Buildings and a mass memorial service at the Johannesburg’s FNB Stadium on Tuesday.

Arrangements for all these events were unclear by Saturday afternoon, as Minister in the Presidency Collins Chabane struggled to answer questions from journalists about logistics. An estimated 2,500 local and foreign journalists are being accredited to cover the various events. Chabane told the media briefing that Cabinet was overseeing the coordination of a range of processes, which was being managed by a National Joint Operational Centre of South Africa’s security forces.

“It is the norm that at events of this magnitude and importance, the South African Police Service, the South African National Defence Force (SANDF), Metro Police, intelligence agencies and representatives of various departments and entities jointly plan operations and marshal resources,” Chabane said.

The South African National Defence Force, which is in charge of the state funeral, has recalled all members on leave to return to their units, bases or stations immediately. Chabane said Mandela’s body was being prepared by the Military Health Service of the SANDF to lie in state at the Union Buildings from Wednesday, 11 December to Friday, 13 December. On Saturday, 14 December, the former president’s remains will be transported to the Eastern Cape from the Waterkloof Air Force Base in Pretoria.

Government is in close contact with the Mandela family to ensure that all events conform to the family’s wishes and are culturally compliant, Chabane said.

One of the biggest headaches for the government will be hosting of foreign heads of state, who require special security, transport and accommodation requirements. Chabane was unable to say how many world leaders are coming to South Africa and which events they will be attending. He said it was up to them to choose whether to attend the memorial service at FNB stadium on Tuesday or the funeral in Qunu on Sunday.

The White House has already announced that US President Barack Obama and his wife will be coming to South Africa. US Ambassador to South Africa Patrick Gaspard said the Obamas would attend the memorial service on Tuesday. A series of announcements are to be made by the US Embassy regarding the visit. Obama’s trip to South Africa earlier this year involved a massive security and logistics operation by the South African and US governments. However on this visit, Obama’s logistics will have to comply with the arrangements for the dozens of other heads of state. The United Nations confirmed on Saturday that UN Secretary General Ban Ki Moon would travel to South Africa to attend the memorial service on Tuesday.

Chabane said government could not estimate how many people would attend the memorial service – although the FNB stadium could only accommodate about 70,000 people. He said overflow areas would be set up to accommodate people who could not fit into the stadium.

Although government announced the closure of all roads and interchanges leading to the stadium, they could not say what transport arrangements would be in place to travel to the venue.

Roads in Pretoria will also be closed off for the three-day lying-in-state proceedings, as Mandela’s remains will be transported daily between 1 Military Hospital and the Union Buildings. Chabane said government invites mourners to line the route and form a public guard of honour when the remains are transported. Route details and times are still to be announced. People will be shuttled to the Union Buildings from two venues in Pretoria, which are also to be announced. No pictures will be allowed of Mandela’s body as it lies in state and only the SABC will be allowed to have a camera at the amphitheatre of the Union Buildings for rolling coverage of the proceedings.

Government could not say who would be allowed to attend the funeral in Qunu. They were also unable to provide details of the programmes, speakers, performers or times for any of the events. Chabane said government was not having “sleepless nights” about terror threats and that they had experience of organising massive events in the past.

“Government would like to announce that most of the key events will be broadcast live on television, throughout this period and mourners around the country and the world will therefore be able to follow these events day by day.

This will help to reduce congestion and potential disaster at key venues,” Chabane said.

While government was bogged down with planning arrangements, no formal memorial events took place on Saturday. However, ordinary people gathered to pay tribute to Mandela at historical sites such as Liliesleaf in Rivonia, Madiba’s home in Houghton and Nelson Mandela Square in Sandton.

Sunday is a national day of prayer and remembrance and ANC and government leaders are fanning out to prayer services across the country.

A government website www.mandela.gov.za should provide details and updates of the various events as they become available. DM

Nicholas Wolpe, CEO of Lilliesleaf Trust and son of Harold Wolpe lights a candle at the farm where Mandela hid out. (Greg Nicolson)

Cards and a guestbook were available to sign at Liliesleaf. (Greg Nicolson)