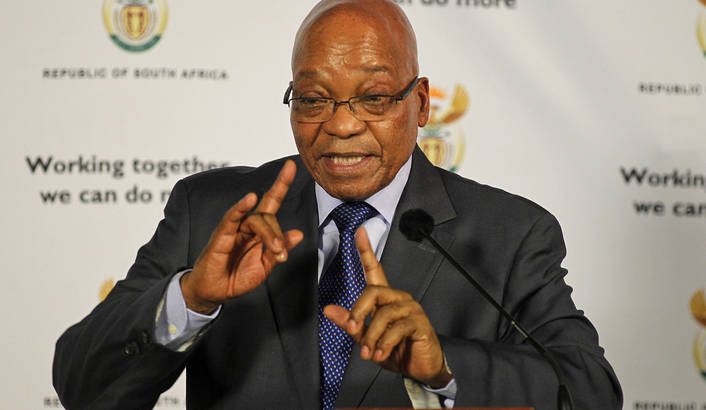 LANGA GUILTY OF CULPABLE HOMICIDE IN DEATH OF FIVE JOGGERS

The man who killed five joggers when he crashed into them driving a powerful SUV in the early hours of the morning has been convicted of culpable homicide, Sapa reported. The Pretoria High Court found mechanical engineer Sibusiso Langa was so “grossly negligent that it amounted to reckless driving”. Judge Bert Bam rejected Langa’s claim the joggers had run into him on his side of the road and that he’d only had two light beers to drink while out with friends at a restaurant until early morning. Bam said evidence given by accident reconstruction experts, an eyewitness and the surviving victim proved Langa was driving on the wrong side of the road. Experts said Langa only braked when he hit the group of joggers, and was driving 113 kmph in a 60 kmph zone. He was found guilty on five counts of culpable homicide and one count of drunk driving.

The Turkish mobile phone company Turkcell said it has opened a lawsuit in South Africa against rival telecoms company MTN Group seeking damages for losses that Turkcell said it had incurred, Reuters reported. Turkcell filed a $4.2 billion lawsuit in Washington last year alleging the Johannesburg-based company used bribery to win a mobile licence in Iran that was first awarded to Turkcell. It dropped the case in May, citing a recent US Supreme Court ruling that hurt its case. Turkcell said in the statement it had opened the case on Tuesday in the South Gauteng High Court in Johannesburg

TUTU, LEADERS CALL FOR END TO ‘ASSAULT ON DEMOCRACY’ IN WESTERN CAPE

A group of 86 well-known Capetonians have delivered a hard-hitting statement aimed at a band of political activists who have vowed to destabilise the Western Cape in a concerted campaign designed at making the province ungovernable. Archbishop Emeritus Desmond Tutu, Archbishop Thabo Makgoba, the Claremont mosque’s Mohammed Kajee, Catholic priest Christopher Clohessy and various prominent individuals have called on the activists to stop promoting a “climate of hate” and trying to destabilise the Western Cape. They said while delivery of services to the poor in the province, and in the country, was inadequate, the way forward was “constructive engagement”. They said the democratic process was “under severe assault” by this group. “Because they were not chosen by the electorate, who preferred to have a different party ruling the province, they have set in place a campaign to destabilise the Western Cape and make the province ungovernable.” The leaders said the statement was not in support of any political party, but democrats in all parties shared their view.

South Africa free-to-air television channel, e.tv, has denied they plan to broadcast a show called ‘Zuma’s Housewives’. A blog called Lifestyle Tabloid posted a story claiming that at an “exclusive press conference” the channel was to screen a reality series “profiling the pleasures and pressures four women encounter as wives of a South African president”. e.tv said the claim was “malicious, false and mischievous”. A statement from the channel said, “It is important to place on the record, the fact that e.tv is not associated with a programme such as this, which is disrespectful to the President or the Office of the President of South Africa. This article is defamatory and also undermines the Channel’s integrity”. Earlier, the same blog site claimed City Press editor Ferial Haffajee had been arrested for publishing photographs of Zuma’s private residence in Nkandla. Haffajee later tweeted the story was a hoax.

MAN SENTENCED TO 22 YEARS IN PRISON FOR ‘CORRECTIVE RAPE’

A man who raped a lesbian to “show her she was a woman” has been sentenced to 22 years in prison. Magistrate Melinda Retief in the Wynberg Magistrate’s Court said Andile Ngcoza had showed no remorse for his crimes and that there was no evidence before the court for her to impose a lighter sentence. She said men and women couldn’t trust him because of his previous convictions for rape and sodomy. The latest conviction was for the rape of Millicent Gaika, a lesbian from Gugulethu. Funeka Soldaat, chairperson of NGO Free Gender, said the sentence would serve as a warning that “you can’t just mess with people’s lives and think you can get away with it”. She said it was “a victory for Millicent” and a “victory for all of us who have been victims of rape because of our sexuality”.

China has returned rhino horn and elephant tusks poached from South Africa. A consignment of 33 rhino horns and a large number of elephant ivory products seized by customs officials in Hong Kong were returned to the country at OR Tambo Airport. The estimated value of the 33 rhino horns, which weigh 79.9 kg, is R23.8 million on the black market. Investigator Colonel Johan Jooste said the return of these products would enable the Hawks to further their investigations and determine the origin of the items by means of DNA analysis. “This may lead to the arrest and prosecution of the alleged rhino and elephant poachers and couriers of the illegal shipment,” he said.

A Zimbabwean woman has been found guilty of smuggling explosives into South Africa via the Beit Bridge border post. Elita Sibanda was sentenced to eight years in prison for attempting to transport 26 plastic cartridges and 100 detonators, which she’d bought in Harare, into the country so as to sell them to illegal miners. Provincial police commission Lieutenant General Fanie Masemola said

Sibanda’s imprisonment was “testimony that our police at the border posts are alert and our investigators are well equipped”. He said the sentence would send “jitters down the spine of those who are planning to commit the same crime”.

Kenny Kunene has registered a new political party, called the Patriotic Alliance, with the Independent Electoral Commission, Sapa reported. The high living Kunene, dubbed the ‘sushi king’ after he ate the Japanese delicacy off the bodies of naked women, said he would reveal all at a press conference this weekend. Kunene was a member of the ANC before writing a scathing open letter to President Jacob Zuma. He then joined Julius Malema’s Economic Freedom Fighters, but didn’t stay long, asking to be relieved of his “leadership responsibilities’. DM