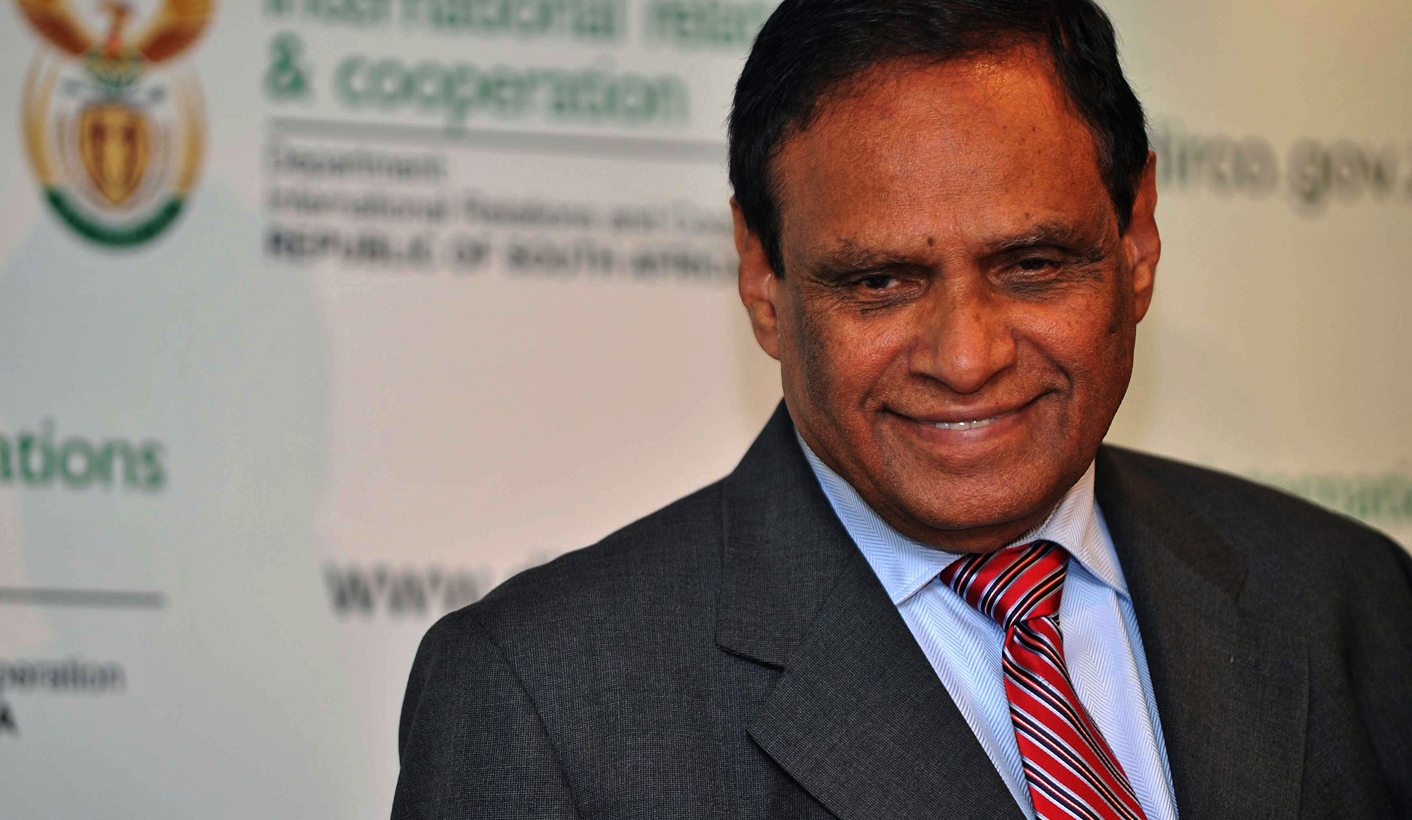 KHADIJA PATEL sat down for a cup of coffee and a chat about North Korea with South Africa’s Deputy Minister of International Relations and Co-operation, Ebrahim Ebrahim.

Deputy Minister of International Relations and Co-Operation Ebrahim Ebrahim caused quite a flap recently when he visited Pyongyang. Human rights agencies pressed the South African delegation to raise human rights issues with their North Korean counterparts. Others were perplexed: is North Korea the type of company we really want to keep on the international stage?

Daily Maverick: Apart from the satisfaction of thumbing one’s nose at the West, just what does South Africa hope to gain from relations with North Korea?

So economically there’s not much that goes on.

We raised the question of their nuclear programme. And we felt that our own experience was that we did away with our nuclear weapons and we saw the benefits of that. We don’t believe having nuclear weapons provides any security. We want a nuclear-free peninsula.

Of course, they came out with a long argument, that they are threatened by the United States all the time and by South Korea.

They seriously think they are going to be attacked. And the only defence they say is to have nuclear weapons. They said that Iraq and Libya would not be attacked if they had nuclear weapons because it’s a guarantee of security.

Of course we didn’t agree with them, but this is what they said.

We encouraged them to go back to the six party talks.

DM: And how did they respond?

Ebrahim: They said yes, but they kept on saying that the Americans are not honest. And they want to destroy them.

There is some progress [being made]. There was a Chinese special envoy there, encouraging them to go back to the six party talks.

Also, we wanted to see what the country is like.

Ebrahim: Pyongyang looked to be developing quite well. Lots and lots of building there. You can drive for miles – you’ll find skyscrapers and the like.

It seems they’ve solved the housing problem. They said to us, and we couldn’t confirm it independently, that people stay without rent. Somebody said they pay three per cent of their salary, [but] they don’t pay for water, electricity, medical care, education.

Pyongyang is a very clean place. The Egyptians are building a huge hotel there, about 114 stories, in the shape of a pyramid. I think this will be a commercial building.

There’s a lot of cultural activity going on. While we were there, there was a soccer team from Japan there. We saw some beautiful gymnastics.

They had a bumper harvest this year, but we couldn’t get a feel of the economy, of economic progress.

DM: They do have chronic food shortages. How are they coping with that?

They had a bumper harvest this year. But we met a South African working there with the UN in agricultural research. And he told us that it is a very hilly country. There are valleys which must accommodate people and farming. And the weather is very unpredictable. It’s the same with South Korea. South Korea imports 70% of its food. It’s also a very hilly country. So with [North Korea], they don’t have the money to import so much food.

Everything is state-owned, though. The hotel we stayed in is state-owned. You could see that – breakfast was not a buffet. You get a yoghurt and two slices of toast, that’s all.

But they are a poor country.

They’ve got a very good metro system, train system. Our ambassador, who accompanied us, was last there two years ago, and he said there is a tremendous difference now in the developments and the buildings going up. They are building a special dental hospital. They’ve got a big building where scientists are staying. You see the army here in big groups going to these cultural shows. Everything is done with inspiration from Kim Il Sung or Kim Yung.

They hero-worship the leader.

DM: Following this visit, is South Africa now in a position to influence North Korea on things like human rights or persuade them on nuclear disarmament?

We raised the question of human rights as well.

There are also allegations of human rights violations. Of course they denied it saying it’s all imperialist propaganda. So we approached it by saying there’s a lot of negative publicity about the human rights track record. You say that, so why don’t you allow us to come and help with human rights. We are prepared to send our Human Rights Commission there to look at the country, to see if there are labour camps or not. They took note of that but didn’t say anything positive.

But that is a thing we can pursue.

DM: So how does South Africa hope this relationship with North Korea can develop?

There’s no trade relationship, but if the six party talks succeed…

Also, they were speaking about special economic zones. They’ve got one called Kaesong, where the South Koreans are involved, so they want some kind of investments, joint-ventures, which may open up the country. [Last Thursday North Korea announced it is setting up 14 new economic development zones, including one in a north-western city that borders China in an apparent bid to attract more foreign investment.]

Ebrahim: I think so. They like visitors. As I said, the Chinese are there; there are other eastern Europeans there. But it’s not a tourist thing.

We got stuck there, waiting for six days for a flight to Beijing.

They’ll allow visitors, but of course you’ll have a translator or guide with you all the time. They are very paranoid. They think genuinely that they are under threat. DM