South Africa and North Korea: ‘With friends like these…’ 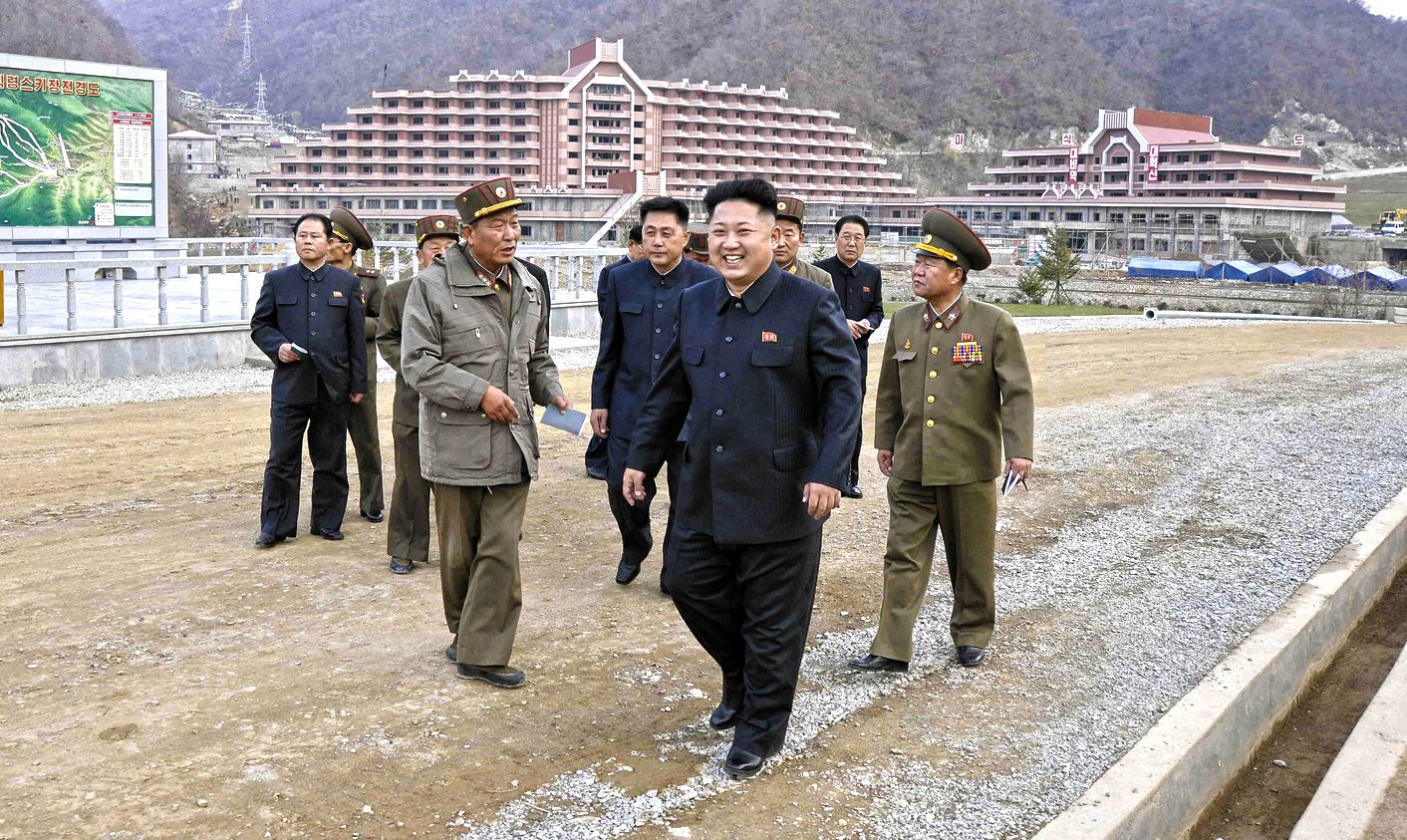 David Guttenfelder, an Associated Press chief photographer in Asia, has captivated Instagram users with photos of ordinary life in North Korea. With photos of the sublime, the bizarre and often mundane, he’s given the rest of the world a glimpse into North Korea, a country that has long been shrouded by mystery and legend.

“Through social media, I’m trying to piece together a picture of this country for the outside world… No one puts their hand in front of my camera, and no one tells me not to shoot things. There’s no review process. They don’t look at my pictures at all before I send them on the Associated Press wire or my Instagram account. Facebook even asks me to tag my ‘friends’ Kim Jong Il and Kim Il Sung when I upload my photos,” Guttenfelder told Wired.

And with his Instagram celebrity, Guttenfelder has succeeded in showing the humanity of the people of North Korea, reminding the rest of the world that beyond the headlines of nuclear weapons and strange customs related to its leader, North Korea is home to people, not so unlike you and me.

And North Korea has been more receptive to foreigners in recent times – and not just Dennis Rodman, either.

Guttenfelder’s work in the country appears to be done without much interference and so, too, tourists are reported to be headed to the country, though Western visitors are said to still be reluctant to add Pyongyang to their bucket lists just yet.

But with these apparent overtures to the rest of the world, diplomatic activity with North Korea has also proliferated.

Mongolian president Tsakhiagiin Elbegdorj visited Pyongyang late last week. And officials from Vietnam and Indonesia have also visited. Furthermore, a North Korean delegation is said to have visited several European countries and received officials from Switzerland for the first time ever.

A visit this week to North Korea by South Africa’s deputy minister of international relations and co-operation Ebrahim Ebrahim, however, has invited some curiosity about how exactly South Africa relates to a country like North Korea.

According to a statement released by the Department of International Relations and Co-operation (Dirco), “Deputy Minister Ebrahim Ebrahim’s visit to the Democratic People’s Republic of Korea (DPRK) is aimed at strengthening bilateral relations that exist between the two countries.”

Like many of South Africa’s allies and friends under the ANC government, North Korea has been singled out for South African attention for having supported the struggle against Apartheid.

“The two countries enjoy a cordial relation that dates back due to the historic support which the DPRK provided during the struggle against colonialism and apartheid,” Dirco said.

When Daily Maverick contacted Aziz Pahad, the last deputy minister to visit Pyongyang, he chuckled and said jokingly his memory would not serve him well enough to explain the relationship between the two countries.

Pahad, of course, has long moved on from public life.

It was, however, during his tenure as deputy minister of foreign affairs that South Africa established bilateral relations with North Korea.

When Pahad visited Pyongyang in 2005, the then-ministry of foreign affairs said: “Discussions between Deputy Minister Pahad and his counterpart Vice Minister Hyong Jun come within the context of South Africa’s commitment to promote South-South co-operation for increased market access, trade and investment and consolidation of the developmental agenda of the South.”

And while North Korean media outlets say government representatives from South Africa arrived in Pyongyang some days ago to hold talks on trade, Dirco notes that sanctions against DPRK have severely inhibited the flow of trade between the two countries.

“Economic relations between the two countries remains limited due to the United Nations Security Council (UNSC) imposed sanctions on the Democratic People’s Republic of Korea as a result of DPRK’s nuclear programme which plays out on the ongoing Korean Peninsula tension,” says Dirco.

And though South Africa clearly counts North Korea as a friend, Pretoria has not shied away from repeatedly censuring Pyongyang for its nuclear programme.

As the statement points out, “In this regard, South Africa holds very strong views on nuclear disarmament and non-proliferation, which it conveys to the DPRK on all occasions by indicating that the strength of a country is in its economy, not in its military, as one can win war but lose peace.”

Similarly, when Pahad was still in government he issued a terse statement against North Korea’s nuclear predilections.

That public statement prompted American diplomats to note – among themselves – that it is a detraction from standard practice for the South African government to publicly censure a friend.

Human Rights Watch, however, says it is disappointing that while the stated aims of Ebrahim’s visit mention nuclear proliferation and encouragement for a return to the six party talks, no mention is made of North Korea’s human rights record.

“Nuclear proliferation is just one of the two issues that must be raised with North Korea,” John Sifton, the Asia Advocacy Director at Human Rights Watch, said.

He describes the situation in North Korea as among the worst in the entire world.

“It’s a totalitarian state, there’s no doubt about that,” Sifton says. “We’re not against engagement and bilateral talks, but if you’re going to do it, raise the human rights record as well.”

He reiterates, “North Korea’s actions with nuclear weapons are just one of two things it needs to do to be re-accepted into the rest of the world.”

South Africa insists that its foreign policy is independent of the influence of the preferences of others. The minister of International Relations and Co-Operation recently pointed out that South Africa has no stated enemies. What she may also say is that South Africa will continue to choose its own friends, undeterred by the concerns of others. DM