After Long Walk to Freedom, still waiting for a great Mandela movie 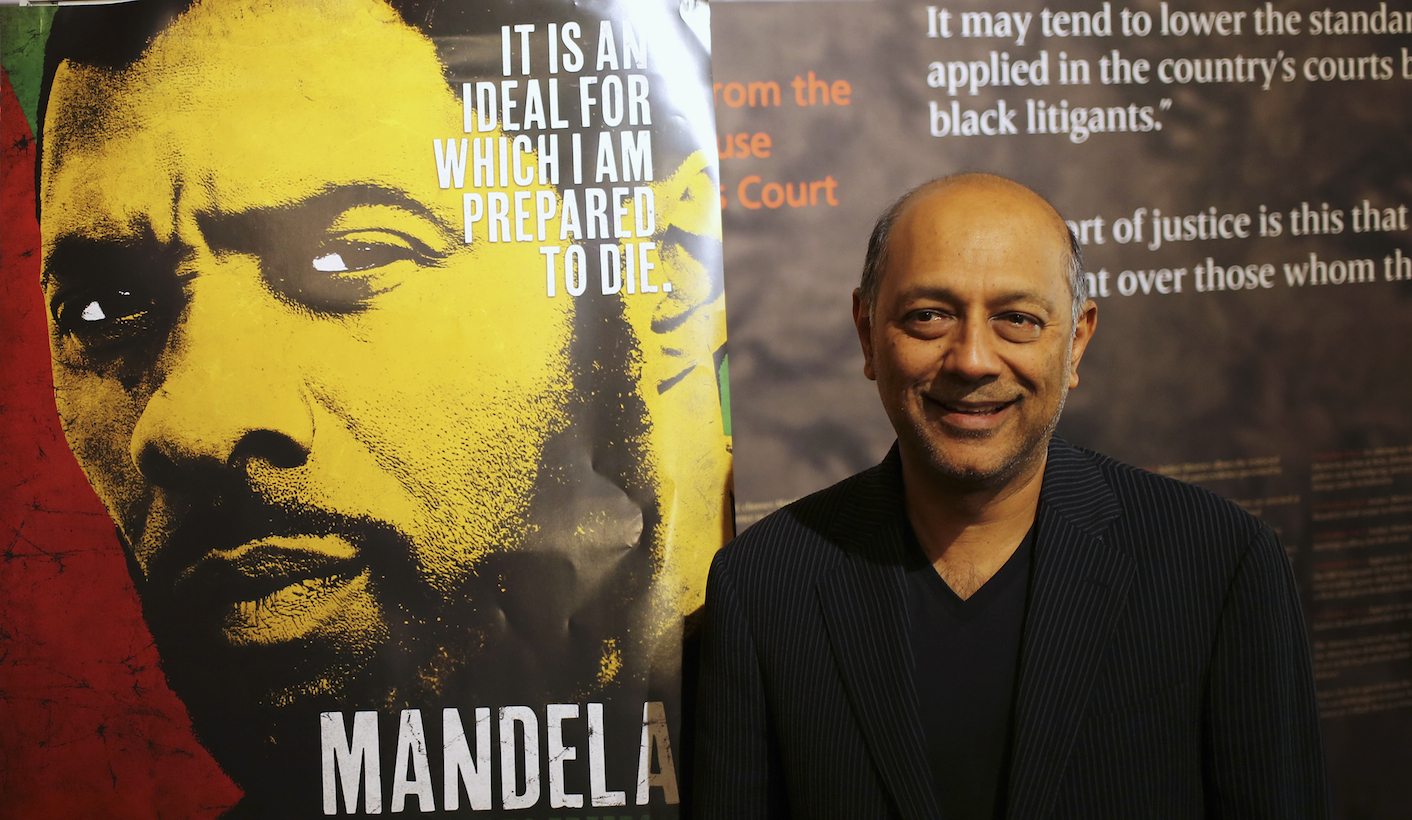 How good, or bad, is the latest Mandela biopic? Let’s put it this way - it has a new U2 song on its soundtrack. By RICHARD POPLAK.

Last year, there was a brief break in the clouds regarding the largely turgid history of the biopic. Steven Spielberg’s Lincoln, with the first ten minutes and the last five lopped off, was an almost perfect depiction of a legendary figure. Yes, it never strayed far from hagiography – history is written by the winners, and in this case, the winners were Yankee super-liberals like Spielberg – but it took the last months of the American president’s life, in this case Lincoln’s attempts to jam the thirteenth amendment through a recalcitrant Congress, and observed them minutely.

Spielberg and writer Tony Kushner mangled a few details, some of them libelously so, but buoyed by powerful performances and an otherwise careful script, it was a film about how a political genius operated the machinery at his disposal. In this, it was an unqualified triumph.

South Africa’s Lincoln – our George Washington, our Mahatma Ghandi – is, of course, Nelson Mandela. You’d be forgiven for asking, “important fellow, but for heaven’s sake, haven’t we biopicked him down to his bones?”

It’s become something of a rite of passage for Hollywood’s black acting aristocracy to portray our first pres in all his stentorian glory, and those who have tried include Danny Glover (Mandela), Sidney Poitier (Mandela and De Klerk), Terence Howard (Winnie Mandela) and Morgan Freeman (Invictus), to name but the most prominent. Mandela himself has played Mandela on countless occasions, including Mandela, Portrait af Nelson Mandela and, lest we forget, the forthcoming Mandela. There are in Los Angeles, I suspect, year-long Mandela acting classes – Batman himself has had fewer proxies.

At this point, then, you’d think filmmakers would require a pretty good reason to delve into Madiba-dom. For director Justin Chadwick (The Other Boleyn Girl), screenwriter William Nicholson (Gladiator) and South African super-producer Anant Singh (backed by the Weinsteins), that reason is Mandela’s autobiography, Long Walk to Freedom, which had yet to be officially adapted into a very long film with a Bono song on the soundtrack.

That has now changed. With more fanfare then any South African-ish film perhaps ever, Mandela: Long Walk to Freedom is now in cinemas across Mzansi, to say nothing of the rest of the world.

One doesn’t want to glibly compare watching an almost three-hour long film, the plot of which most of us can recite by rote, to spending hard time in prison – but in this case, it’s tempting. Unlike Lincoln, or even Mandela and De Klerk, LWTF isn’t interested in details, but in broad strokes. And man, are the strokes ever broad. We open with small children running happily through sunset-kissed grass in an African paradise, circa never, and close with an ancient Madiba walking through the same grass about four centuries later.

It’s so late-period Guns N’ Roses music video that you half expect the filmmakers to go all meta, and for Alan Paton, played by Leon Schuster, to pop out of a hut and recite the opening lines of Cry the Beloved Country.

Sadly, this never happens. What does happen is Idris Elba passably mimicking the intonations and accent of our country’s Tata, from his early thirties through to his mid-seventies. Later in the proceedings this will mean some truly awful old-age make-up that renders the cast indistinguishable from the Thunderbirds. While Elba is one of the finer actors currently working in American television and cinema, there is very little he can do with a role that makes the odd attempt at humanising Mandela, but no attempt at understanding him.

Elba carries himself like a pugilist, using his shoulders to move through bustling scenes of Johannesburg back in the olden days, chucking urchins under the chin, dodging racist whities and bedding lovelies. By the time Walter Sisulu (an underused Tony Kgoroge) enters the fray and tries to convince the reluctant lawyer to join the ANC, the film has introduced us to a willful, bright if caddish soul. And that’s about as much as we’ll ever know.

Chadwick is the sort of director who believes that there’s no amount of dramatic stodginess that can’t be leavened by a bustling frame and an antic camera. LWTF harkens back to the 1980s, when the three-hour biopic – some remarkable, like Amadeus – some punishing, like Gandhi – ruled the box office and won all the hardware. There is absolutely nothing contemporary about this film, unless one counts how Chadwick portrays Mandela’s memories of better days: in glorious, nostalgia-washed Instagram. There is also nothing South African about it: it’s set in the diorama in Richard Attenborough’s brain, which never feels earthy, or real, or lived-in.

History, meanwhile, takes a heavy beating, and while this comes with the territory, it feels particularly egregious in this context. Walter Sisulu’s character is boiled down to a driver of plot. Ahmed Kathrada (Riaad Moosa, left out to dry) might consider a lawsuit once he sees the film – he’s portrayed first as a mute, then as comic relief, then a grump about reconciliation. Winnie Mandela, played with rage and nuance by Naomie Harris (Skyfall), gets more serious screen time -Chadwick and Nicholson try valiantly to explain how a young woman of so much promise could devolve into a demagogue with blood on her hands, and they largely do her justice. It’s the film’s one bright spot, and if Harris is showered with rewards, they’re well earned.

Throughout, there are the strains of an Edge guitar solo that threaten to break out into a full-blown U2 track, and this indeed happens once the credits roll. Called “Ordinary Love”, it had me sprinting for the parking lot – the easy-listening riffs and cringe-worthy lyrics sum up the middlebrow aspirations that LWTF and its makers evince at every turn.

There are, it goes without saying, a number of worthwhile films to be made from the particulars of Mandela’s extraordinary life. But those particulars need to be approached and parsed by filmmakers who have a historical grasp of the moment, and an understanding not only of how politics functioned in South Africa over the course of the apartheid regime, but how politics have functioned anywhere in the world, ever. In 146 minutes of film, Chadwick and company never once make a case for why Mandela has become one of the more highly regarded men in human history, nor why he made the decisions he did in a political context.

These days, comic book characters are depicted with greater care, their motivations and behaviour better considered, their superpowers painstakingly explained. Mandela’s superpowers were, of course, his unflinching belief in the power of reconciliation, and his ability to generate symbolic moments and use them as political tools. They deserve to be rendered with greater care.

For the meantime, we’ll have to content ourselves with the plethora of Mandela content that’s currently out there. Caveat emptor: the great film has yet to be made. Nelson Mandela is, unfortunately, still waiting for his Lincoln. DM

Photo: Film producer Anant Singh poses for photographs during the launch of the movie trailer of “Mandela: Long Walk to Freedom” at the Nelson Mandela Centre of Memory in Johannesburg, September 17 2013. (REUTERS/Siphiwe Sibeko)