DRC: The war might be won, but who’s going to win the peace? 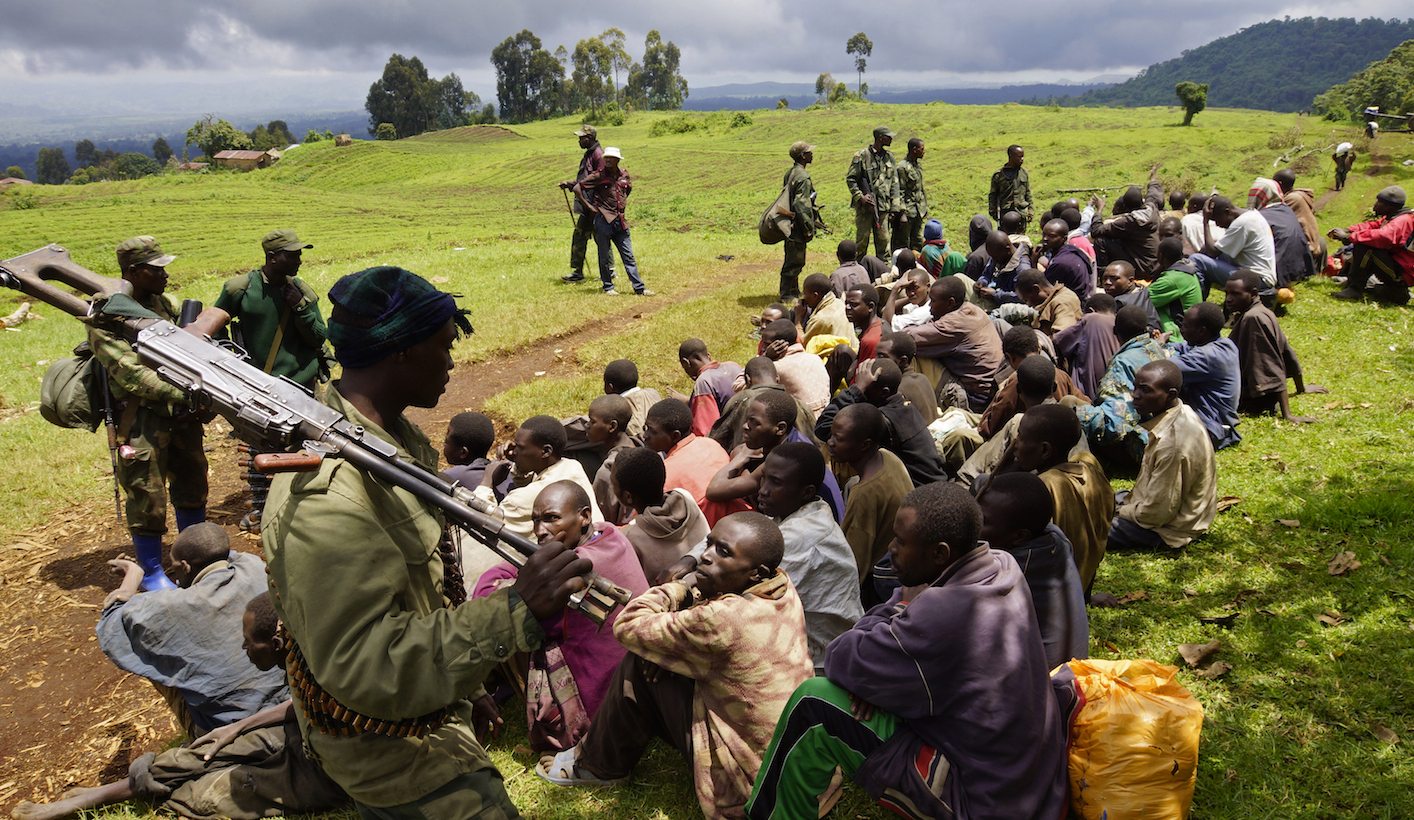 There’s lots to celebrate as rebels in the eastern DRC lay down their arms and surrender, concluding the latest chapter of a long-simmering rebellion. But no one should be celebrating too hard: winning the war was the easy part. Winning the peace will be a lot harder. By SIMON ALLISON.

“It is more difficult to organise a peace than to win a war,” said Aristotle, a long, long time ago. Good philosophy never dates, however, and at moments like these his words are all too relevant.

In the Democratic Republic of Congo, the rebels have surrendered and white-clothed women are victory-parading through the streets of Kinshasa; the usually sober BBC asks if this means peace in the DRC, finally; and seasoned UN diplomats are dancing in conquered rebel strongholds and crowing about the military success of their new, amped-up peacekeeping force, for which South Africa put the lives of 1 345 soldiers on the line.

Before we get into the headaches of post-conflict resolution – and there are plenty – it’s worth acknowledging that all this congratulatory back-slapping is not entirely misplaced. In the space of a few days, the Congolese Army, with the intimidating support of those heavily-armed UN peacekeepers, was able to deal a decisive blow to the M23 movement’s military capacity. In military terms, it was a stunning success, and achieved the goal of bringing the rebels, tails firmly between their legs, back to the negotiating table.

“The chief of general staff and the commanders of all major units are requested to prepare troops for disarmament, demobilisation and reintegration on terms to be agreed with the government of Congo,” said M23 chief Bertrand Bisimwa, refraining for once from his usual bombast to simply acknowledge the new status quo. As a fighting force, M23 are finished. For now.

South Africa has plenty of reason to be pleased. Our soldiers acquitted themselves well (and, more importantly, escaped unscathed), our Rooivalk helicopters saw combat action for the first time in their 23-year history, and our president went ahead and signed a staggeringly large energy contract with the Congolese government, who were no doubt inclined towards generosity thanks to South Africa’s efforts against M23. Such are the spoils of war.

The United Nations too is justifiably satisfied. Its risky experiment to give select peacekeepers an offensive mandate – allowing them to go on the attack against the rebels, instead of the usual policy of acting in self-defence only – is being hailed as a success, and may yet change the blueprint for peacekeeping operations in the future.

It is hard to underestimate the significance of this change in approach. From rigorously defending its impartiality and neutrality, the UN has now accepted that in order to make a real difference it must be a protagonist in certain conflict situations. This expands the range of conflict resolution options available to UN decision-makers, but also means they will be taking sides – as they did in the DRC, lining up behind the Congolese government – which will make UN intervention even more fraught than usual and will certainly complicate the work of the UN’s various humanitarian agencies.

So now the war against M23  is won, it’s on to the really difficult business of winning the peace – a challenge of an altogether more daunting magnitude, as Aristotle well knew.

The Institute for Security Study’s Stephanie Wolters, who has been observing Congolese politics for too long to be swept away with the current euphoria, warns that M23 are not the only threat to stability in the area:

“The events of the last two weeks have certainly raised hopes. But the M23 is only one of many armed groups operating in the eastern DRC. There are many others that have long rendered the lives of the population in these parts a living nightmare and that still need to be tackled politically and militarily. Equally, the role of Rwanda in recent developments is unclear – until we know for sure that it has ended its support to the M23, it is too early to celebrate.”

In other words, now that M23 are wrapped up, the Congolese army and the UN will have to turn its attention to the other miscreants operating in and around eastern DRC. Prime among these is Rwanda, long-reported to be M23’s principal backer, but who recently have seemed to lose interest in supporting its rebellion; and the FDLR, the armed group formed from the remnants of Rwandan Hutus who fled Rwanda in 1994 after instigating the Rwandan genocide (the FDLR’s presence helps explain Rwanda’s interest).

And as for M23, well, there are still plenty of difficult questions to answer. According to Wolters, ongoing talks in Kampala have stalled on two issues: first, which M23 fighters qualify for amnesty; and which get re-integrated into the Congolese army (after all, M23 in its current iteration started life after a Congolese army mutiny). “The Congolese government has agreed to allow M23 combatants to reintegrate into the army, and has also accepted that they be amnestied,” said Wolters. “However, it has ruled out integration and amnesty for the M23’s senior leadership, and this has left the talks at an impasse. Regional envoys have reiterated that those guilty of war crimes and crimes against humanity should not be allowed to escape legal action.”

The most urgent problem of all, however, is also the most complex: how to solve the devastating humanitarian situation created by decades of on again-off again conflict and a near complete absence of government. In the midst of all the fighting talk, there’s been little indication of how the Congolese government plans to address the gaping holes in education, health and other basic service delivery; or how it intends to address the chronic  poverty, festering corruption, mass displacement and unemployment.

“The fruits of victory will be lost if the peace is not organised,” concluded Aristotle. Our advice to the Congolese government, and its UN back-up brigade: best get organising. DM

Photo Congolese soldiers guard suspected M23 rebel fighters who surrendered in Chanzo village in the Rutshuru territory near the eastern town of Goma, November 5, 2013. Democratic Republic of Congo’s M23 rebel group on Tuesday called an end to a 20-month revolt after the army captured its last hilltop strongholds, raising hopes for peace in a region where millions have died in nearly two decades of violence. (REUTERS/Kenny Katombe)