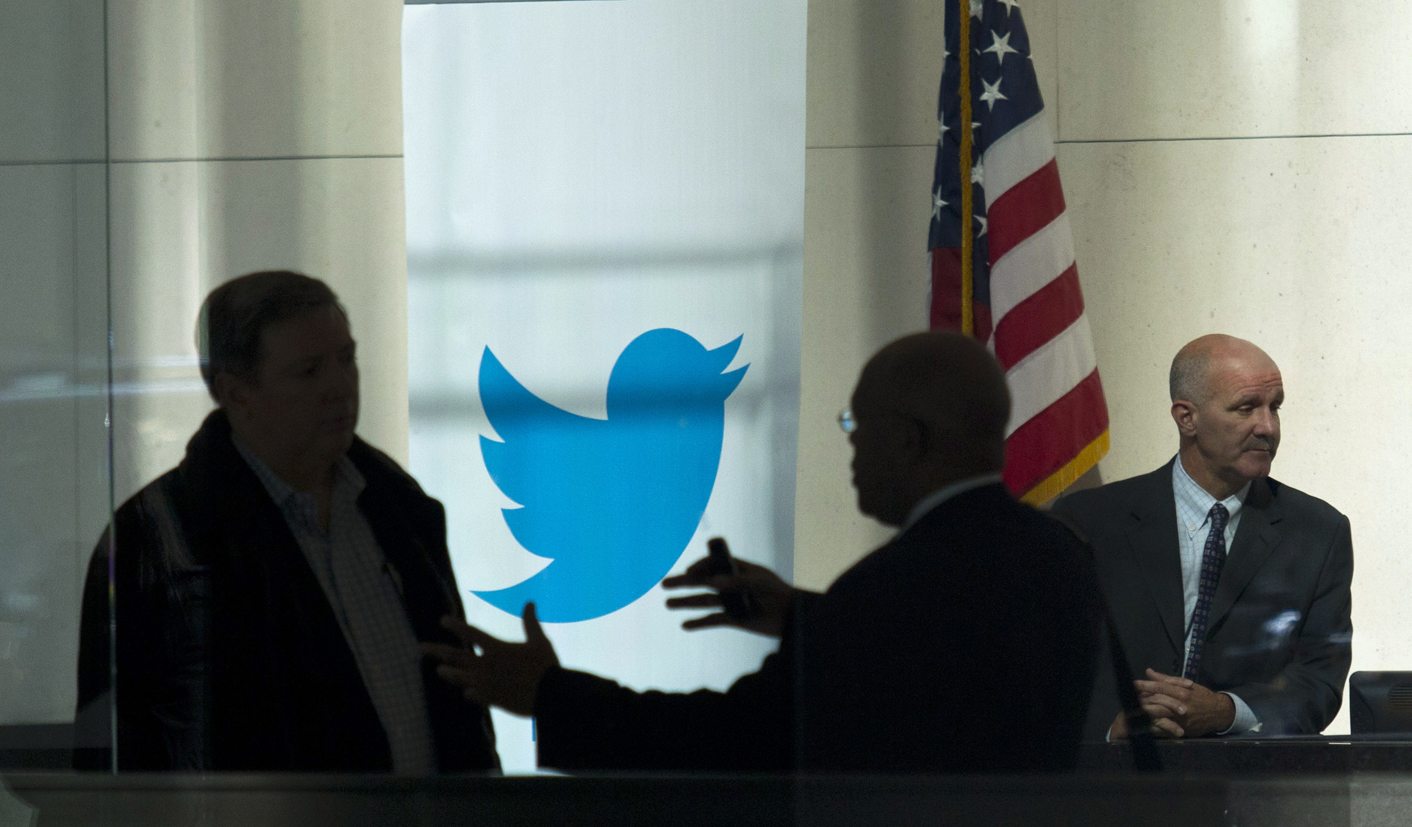 Twitter Inc raised the top end of its IPO price range by 25 percent and will close its books a day early, signaling strong demand for the most closely watched Silicon Valley debut since Facebook Inc last year. By Olivia Oran and Gerry Shih.

Amid a red-hot market for initial public offerings and soaring equity markets, Twitter raised its price range to $23 to $25 per share on Monday, but kept the offering size at 70 million shares. That means it will raise up to $2 billion if an overallotment option of 10.5 million shares is exercised.

Sources close to the situation said demand among institutional investors was so strong that the final pricing is likely to go even higher than the new range announced on Monday. The sources declined to be identified because the sales process is not public.

The microblogging network, which has yet to turn a profit, has amassed 230 million users in seven years, including heads of state, celebrities and activists. About half of all U.S. adult Twitter users said they get news through the social media platform, according to a Pew Research survey.

Twitter is the best known Silicon Valley company to go public since Facebook, though it is seeking a far smaller valuation of up to $13.6 billion compared to Facebook’s $100 billion.

One of the sources said Twitter’s IPO is now “massively” oversubscribed and underwriters are looking to select investors who plan to hold the stock for a longer duration rather than traders wanting to do a quick flip.

Some funds that ordinarily do not buy IPO shares were seeking allocations of up to 10 percent, but were unlikely to get them, according to the source who requested anonymity.

Twitter plans to close the books on the IPO on Tuesday at 12 p.m. EST (1700 GMT), a day earlier than scheduled, because of strong demand, according to two sources with knowledge of the process.

The IPO is set to price on Wednesday, with shares to begin trading on the New York Stock Exchange on Thursday. The previous price range was $17 to $20 a share.

Several equity research analysts said they expect Twitter shares to rise after they begin trading, with some setting their one-year price target as high as $52.

“We would participate within the $23-$25 range, albeit, simple math would dictate that management should price at the bottom end of the new range,” BTIG’s Richard Greenfield said in a note Monday after the price was raised.

Year to date, 2013 has been the strongest for IPOs since 2007 in the United States, with more than 178 companies going public, according to Thomson Reuters data. Equity markets are climbing and investor uncertainty has subsided, at least for now, over the U.S. debt ceiling crisis and political gridlock.

Shares of Container Store Group Inc doubled on their first day of trade on Nov. 1, joining strong debuts from more than half a dozen companies, including restaurant chains Noodles & Co and Potbelly Corp and software company Benefitfocus Inc.

Twitter management has been traveling the United States over the past week, speaking with potential investors.

Some investors and analysts have raised concerns about Twitter being overly reliant on advertising sales, with few other significant revenue sources in the near term. Twitter said last month that its third-quarter revenue more than doubled to $168.6 million, but net losses widened to $64.6 million from $21.6 million a year earlier.

Twitter also disclosed in its new IPO filing on Monday that it had received a letter from International Business Machines Corp accusing the social media company of infringing on at least three U.S. patents.

Although many tech companies wrangle over intellectual property claims, IBM is a more serious and deep-pocketed threat than any accuser Twitter has faced before. Twitter’s thin patent portfolio has been long been a vulnerability, and the company will likely have to spend money to acquire patents, experts say.

“Twitter has very little IP of their own,” said Maulin Shah of Envision IP, an advisory firm. “They seem to have been more focused on talent and product acquisitions, but I would not be surprised if they now go out and try to actively acquire companies that have larger IP portfolios.”

Twitter said it had legitimate defense against IBM’s accusations but warned that “there can be no assurance that we will be successful in defending against these allegations or reaching a business resolution that is satisfactory to us.”

Adam Grossman, an analyst at Boston investment firm Middleton & Co, with about $500 million under management, said his firm has yet to decide whether to buy into the IPO. The higher valuation “does make me more skeptical” he said.

But Grossman noted that Twitter’s bankers were conservative in not raising the size of the offering, which had caused problems for Facebook’s IPO.

Facebook raised its price range as well as the total number of shares in its IPO just before it debuted in May 2012. The move maximized the amount that Facebook’s backers raised but contributed to declines in the stock in the early days of trade.

Twitter in contrast has won plaudits for running a more modest IPO pitch process, including roadshow presentations that focused on business fundamentals.