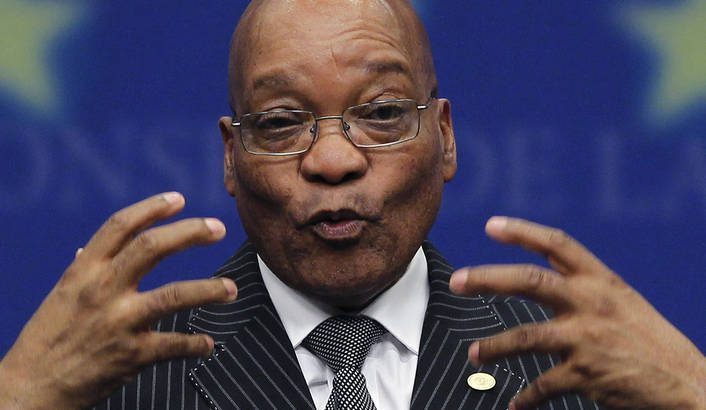 ZUMA’S REMARK ON AFRICANS IN AFRICA WAS ‘OUT OF CONTEXT’

Presidential spokesman Mac Maharaj has been forced to clarify remarks made by President Jacob Zuma at the Gauteng ANC Manifesto Forum held at Wits University. The comment in question, accompanied by much laughter from the audience and Zuma, was, “We can’t think like Africans in Africa generally. We’re in Johannesburg, this is Johannesburg. It’s not some national road in Malawi.” Maharaj in a statement said Zuma’s remarks were taken out of context, and that the president was explaining why e-tolling was important to Gauteng. “The remarks were made in the broader context of South Africa achieving more in the past 19 years of freedom and democracy,” Maharaj said.

The man suspected of masterminding the murder of his new wife has won another bid to prevent being extradited from the United Kingdom to South Africa to face trial. Prosecutors claim Shrien Dewani hired hitmen to kill his wife Anni while on honeymoon in Cape Town. His mental health problems have prevented his extradition. Three high court judges ruled that there were outstanding legal issues the court had to decide. The British Press Association reported Anni’s mother, Nilam Hindocha, asking how long she had to wait for justice. “I am the mother of a murdered daughter. I was brought up to believe British justice is the best in the world so it is very hard to understand why we are still here,” she said.

A treasury official says the proposed Employment Tax Incentive Bill does not need the approval of Nedlac. Deputy director general Ismail Momoniat told the standing committee on finance parliament was the “only supreme body here and it approves or rejects or amends bills”, Sapa reported. Trade union federations Cosatu and Fusa have opposed the bill, saying there was a lack of consultation with the National Economic Development and Labour Council. But Momoniat said treasury was not compelled to table the bill at Nedlac. He said despite the consultation process, consensus had not been reached but that didn’t mean “government is not allowed to come up with a proposal and put it to Parliament”.

Police commissioner Riah Phiyega has “bungled” another major appointment, the Democratic Alliance says. Police spokeswoman Dianne Kohler Barnard was responding to news that the divisional commander of crime intelligence, Major General Chris Ngcobo, was suspended following the discovery of discrepancies in his qualifications. Phiyega said in a statement Ngcobo had been denied top security clearance after he failed to “satisfactorily explain the discrepancies.” Kohler Barnard questioned how, when Ngcobo was appointed in June 2013, it had taken over year to process his security clearance and discover the discrepancies. “The question arises, is Phiyega gearing up for Mdluli’s comeback? Or is this merely another sterling example of her failure to adequately manage the SAPS?”

A dramatic car chase along a major Gauteng highway has resulted in a man being shot and wounded by police on the M1 South near Killarney in Johannesburg. The chase started in Pretoria when police approached a minibus taxi at a rank after reports of a “commotion”. Police spokesman Lieutenant Colonel Lungelo Dlamini said the taxi had raced off, leading them to call for back up vehicles and a helicopter. The taxi crashed when the helicopter tried to stop it, crashing into police vehicles. The occupants shot at police, who returned fire, injuring the driver while the passenger got away. The driver was taken to hospital under armed guard.

ZOZO’S KILLER WAS A NEIGHBOUR

Residents of Thokoza packed the Palm Ridge Magistrate’s Court to catch a glimpse of the man accused of killing Duduzile Zozo in June this year. Zozo, a lesbian, was thought to be a victim of ‘corrective rape’. Lekgoa Lesley Motleleng was a neighbour who had attended a night vigil in Zozo’s honour, The Star reported. Zozo’s mother Thuziwe and her sister Zukisani were in court. Zozo’s mother told the newspaper she was hurt by the fact that her daughter’s alleged killer was a neighbour, and praised the police for arresting him. Motleleng did not apply for bail.

Public protector Thuli Madonsela has revealed the forensic accountant killed outside the offices of an accounting and auditing firm was working on an investigation for her office. Lawrence Moepi was shot dead in the parking lot of the offices of Sizwe Ntsaluba Gobodo, where he was head of forensic services, in what Cosatu called a “targeted hit”. Madonsela refused to detail which investigation Moepi was involved in, saying he had worked on several investigations for her office, including the recent one into IEC chief, Pansy Tlakula. Cosatu spokesman Patrick Craven said police must not “stop at those who pulled the trigger and drove the getaway car, but must discover those who sent them and on whose behalf”.

The graves of the architect of Apartheid and his assassin will not be declared national heritage sites, the National Heritage Council says. An ANC MPL in the Eastern Cape, Christian Martins, wrote a letter to the NHC that proposed the graves of Hendrik Verwoerd and the man who killed him in 1966, Dmitri Tsafendas, be given heritage status. The NHC said such decisions should be “based on policy and principles” and appealed to  “anybody interested in heritage to avoid emotional outburst and subjective judgements about what should constitute heritage”. Martins wrote Tsafendas and Verwoerd “changed the course of post-war South African history”. DM