Cricket: Pakistan defeat - a surprise, but no upset

Cricket: Pakistan defeat – a surprise, but no upset 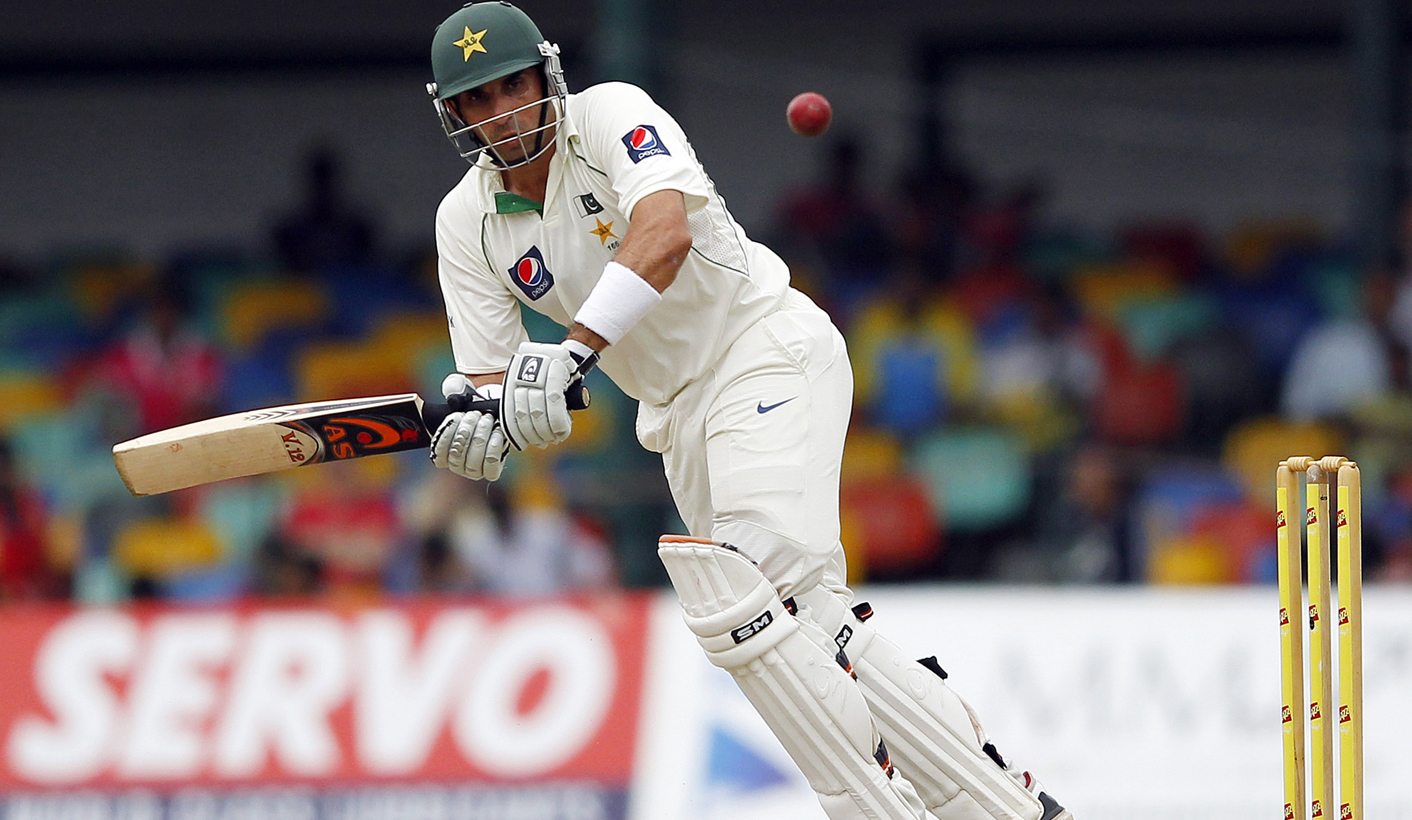 South Africa have been beaten for the first time since December 2011. For the first time in three years, they failed to engineer the great escape. The loss might have taken a few by surprise, but Pakistan deserve all the credit for coming together as a unit after having just lost to Zimbabwe. By ANTOINETTE MULLER.

It’s taken nearly two years and 15 Tests, but South Africa have finally been defeated. Pakistan claimed a seven-wicket win inside four days in the first Test in Abu Dhabi on Thursday, their first win against the Proteas since 2007 – with nine Tests having been played since then.

It will be called an upset, but such a view discredits what Pakistan have achieved since being forced to adopt the United Arab Emirates as a home. They have lost just two of their 13 Tests played there and their last loss came in 2002. Pakistan are no small fry and their win proved once again why nobody should take them lightly.

Sure, Pakistan have just lost against Zimbabwe; they were hammered by South Africa earlier in the year. The visitors might have been favourites with the bookmakers, but to go as far as calling the result an upset is insulting to Pakistan. South Africa might be the best side in the world, but they certainly are beatable and they have come dangerously close to being beaten since their last loss against Sri Lanka in December 2011. Every single one of those times, there has been a Houdini to wriggle them out of an almost-embarrasing corner.

South Africa had not played Test cricket for seven months and while a number of players had been busying themselves with some sort of cricket since their last Test outing earlier in the year, the rustiness showed. From the get-go, Pakistan were better than South Africa. When the toss was won and Graeme Smith elected to bat, the visitors had every chance to make the most of the conditions, yet they were outplayed within the first hour of play. Mohammed Irfan’s height benefited him and he managed to extract extra pace and bounce and having not played him in the Test series proved to be a masterstroke. Much has been said about Irfan’s ability to bowl long spells – he struggles – but so would you if you had so 7ft 1 of body to carry while running in and bowling. A slumbering giant was exactly what Pakistan needed to kick start the green machine.

Irfan’s efforts, coupled with support from the rest of his team, and some cunning field placing by Misbah-ul-Haq all culminated to see South Africa all out for 249 in their first innings. In conditions where batsmen should have scored freely, Pakistan stifled them. A key of that first innings was the struggling to rotate the strike. Barring the 95-run partnership between Hashim Amla and JP Duminy, where the two manage to knock off the ones and twos regularly, the rest of the South African batsmen managed just 22 runs in singles. Comparatively, Amla’s knock included 41 singles and Duminy managed 19. The rotation of the strike is very much part of South Africa’s natural game, keep the scoreboard ticking and they manage to pile on the runs. Cut off that flowing supply and they are forced into lapses of concentration. Case in point was AB de Villiers’s dismissal in the first innings. Out of the 92 balls he faced, 65 were dots with Saeed Ajmal particularly irksome in restraining him. That frustration must have got to De Villiers when he forgot to drag his foot back into his crease quick enough and ended up stumped.

The South African bowlers did their best under the circumstances and under the conditions and their ability to perform even when times are tough was highlighted with the three quick wickets they conjured up in Pakistan’s second innings. However, South Africa’s lack of a frontline spinner has been severely exposed. Robin Peterson toiled in conditions which should have suited him and instead of stifling the runs, he haemorrhaged them. By the time South Africa had conceded their biggest lead in three years, the writing was starting to appear on the wall. By the time they had lost three wickets for 58, the writing was plastered on it with bright red. It was South Africa’s fifth worst average runs per wicket ratio in the last three years and coming back from such a massive deficit was going to take something special.

South Africa does have something special, it’s just been left in slumber for the past seven months. The lack of match practice was evident in the batsmen and after what they might class as an embarrassing defeat, there will almost certainly be a backlash in Dubai.

Only it really wasn’t that embarrassing. Despite a few lazy shots and the lack of a real spinner, South Africa simply were outplayed. As a unit, Pakistan were better in almost every single session of the Test. The number-one ranked Test team in the world has been brought back down to earth with a crash-landing full of turbulence, it’s how they emerge from the wreckage that will define them for the next few months.