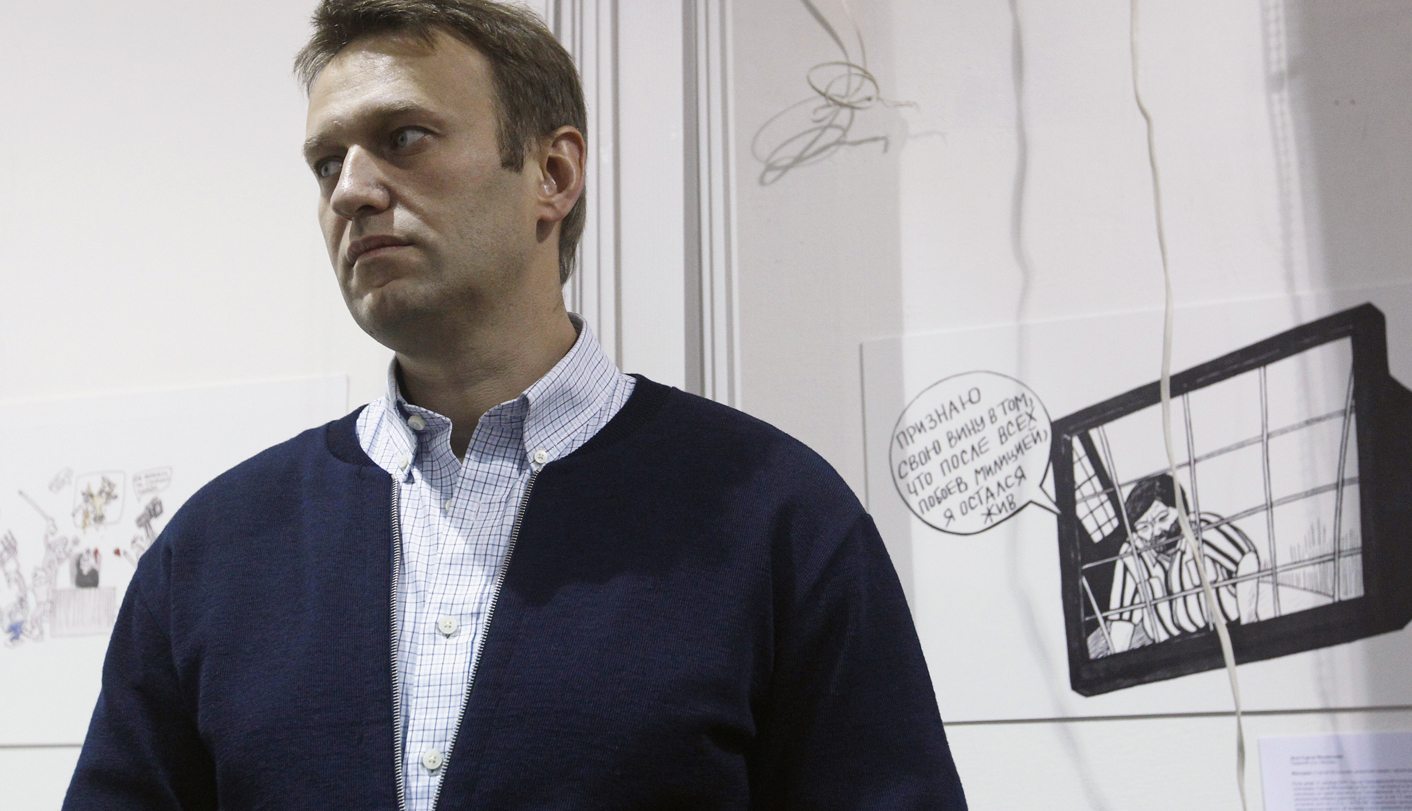 President Vladimir Putin's chief political opponent walked free from a Russian court on Wednesday after it suspended his five-year sentence for theft, and said he could never be "hounded" out of political life. By Gabriela Baczynska.

The conviction, however, will prevent Alexei Navalny, borne to prominence nearly two years ago by the biggest protests of Putin’s 13-year rule, from seeking elected office for several years. He said he would appeal.

“It’s clear to me that the authorities are trying by all means to hound me out of politics, coming up with restrictions and fabricated cases,” Navalny said, embracing his wife after a tense three-hour court hearing in Kirov, 1,000 km (620 miles) northeast of Moscow.

“One thing is for sure, they will not succeed in pushing me and my allies out of political life,” said Navalny, 37, who posted a strong second-place showing against a Putin ally in a Moscow mayoral election last month.

A blogger who has campaigned online against corruption among Russia’s elite, Navalny helped lead a wave of protests stirred by allegations of fraud in a December 2011 parliamentary election won by Putin’s ruling party.

He was convicted on July 18 of organising the theft of 16 million roubles ($500,000) from a timber firm in the Kirov region in 2009, after a trial he described as Putin’s revenge for challenging the Kremlin.

But he was unexpectedly freed from custody the following day after thousands protested outside the Kremlin, allowing him to continue his mayoral campaign as he awaited his appeal hearing.

Analysts say the Kremlin was betting Navalny would suffer a humiliating election defeat that would quash his political ambitions and neutralise any threat to Putin, but he won 27 percent and nearly forced the incumbent into a runoff.

Putin, however, remains by far Russia’s most popular politician and the protests of last year have eased off. Navalny’s popularity is more limited beyond the big cities of western Russia, such as Moscow and St Petersburg.

Jailing Navalny would have increased the risk of a new wave of protests by Putin’s opponents and human rights activists over what they see as a clampdown on dissent since the 61-year-old president started a six-year third term in 2012.

It would have done more damage to Putin’s image in the West as he prepares to host the 2014 Winter Olympics in February.

Navalny and others suggested that Wednesday’s ruling was carefully tailored by the Kremlin to avoid making him into what political analyst Liliya Shevtsova called “a Russian Mandela” while sidelining him from electoral politics.

Navalny argued during the hearing that the case against him was fabricated and politically motivated, and afterward suggested that the ruling was the result of careful calculations in the Kremlin.

“It’s clear that the decision on suspending the sentence was taken not here but in Moscow,” he said.

Putin denies exerting influence over the courts. His spokesman, Dmitry Peskov, said the president had nothing to do with the ruling.

Navalny’s lawyers and other legal experts were uncertain how long he will be barred from elections.

The Constitutional Court ruled last week that lifetime bans for convicts not serving life terms are unconstitutional, but the law has not been amended and, previously, convicts had been barred from elections for at least the length of their sentences.

In addition to the suspended sentence, the judge said Navalny was sentenced to five years probation. His lawyer Olga Mikhailova said the terms would be served consecutively, indicating Navalny could be barred from elections for 10 years.

Even a five-year ban would keep Navalny, who has aired presidential ambitions, out of the presidential vote scheduled for 2018. Putin, who has been in power as president or prime minister since 2000, has not ruled out running in that election.

Navalny shrugged off the ban.

“Now I cannot run in elections, but that is not important,” he said at an art exhibit in Kirov inspired by politically charged Russian trials. “There are 1,001 ways to conduct apolitical battle. Yesterday I had 1,001 – now I have 1,000.” DM

Photo: Russian opposition leader Alexei Navalny attends an exhibition, part of the art project “Drawing the Court”, in Kirov, October 16, 2013. Navalny, President Vladimir Putin’s chief political opponent walked free from a Russian court on Wednesday after it suspended his five-year sentence for theft, and said he could never be ‘hounded’ out of political life. The conviction, however, will prevent Navalny, borne to prominence nearly two years ago by the biggest protests of Putin’s 13-year rule, from seeking elected office for several years. He said he would appeal. REUTERS/Maxim Shemetov