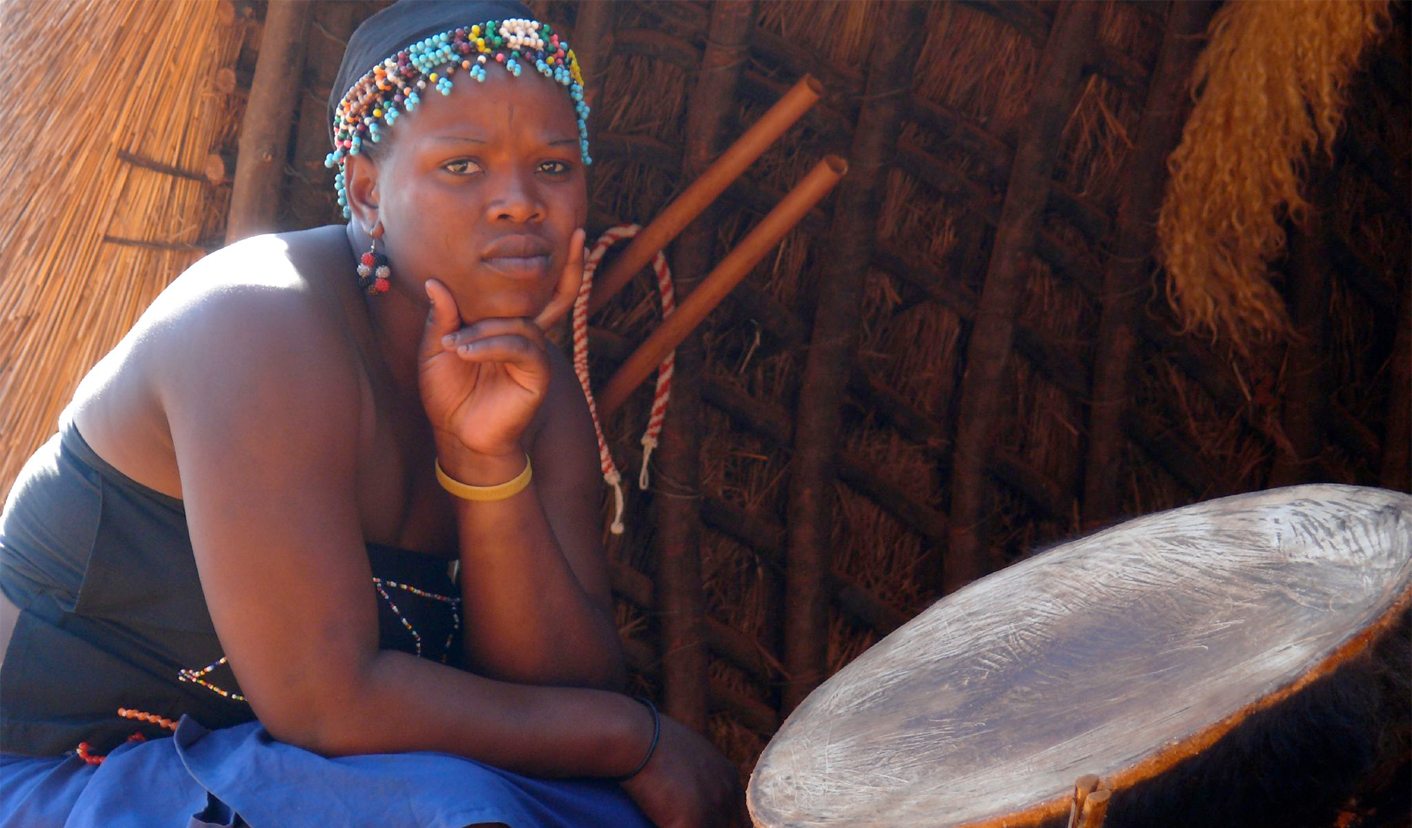 We haven’t heard anything about the controversial Traditional Courts Bill for almost a year. Yet suddenly, there it was again: scheduled to be discussed clause by clause by the National Council of Provinces (NCOP) on Tuesday. It’s believed that President Jacob Zuma hoped to hustle the bill through before next year’s elections as a sop to traditional leaders. But in a slap to the face for the ANC, the majority of the provinces have firmly rejected the bill. If you think this means the bill’s been binned, though, think again. By REBECCA DAVIS.

When the Traditional Courts Bill was reintroduced for public consultation last September, it was strongly suspected that the timing wasn’t coincidental: that the idea may have been to keep traditional leaders on side in the run-up to Mangaung. There are good reasons for traditional leaders to be itching for the bill to be passed as soon as possible. As we noted last year, the bill would give traditional leaders exceptional powers to make and enforce laws, and there would be no option for rural people to choose to access justice from a magistrate’s court instead.

Similarly, the reappearance of the bill now inevitably prompts questions about whether the intention is to get the bill back on the agenda before the 2014 elections, to ensure that rural chiefs give the ANC their firm backing before it’s time for their people to vote. But hopes of passing the bill must surely be fading after Tuesday’s NCOP meeting, where just two provinces indicated that they were in favour of the bill.

The agenda for Tuesday’s meeting of NCOP’s select committee on security and constitutional development was perfectly clear about what was supposed to happen: a “clause by clause deliberation” of the bill; a discussion of the mandates received by the provinces through public consultation; and a response from the Department of Justice and its legal advisors. Absolutely none of this happened.

If the provincial views on the bill had been discussed, they would have amounted to a very negative picture indeed. Acting committee chair, Motomi Mokgobi, declined to tell journalists which provinces were in favour of the bill and which were against, but the Daily Maverick obtained a copy of the negotiating mandates.

Here’s the Eastern Cape’s opinion: “The Province is of the view that the Bill is fundamentally flawed and no amount of amendments will be able to remedy the Bill.” The province’s submission complained that rural people would be placed at the mercy of a justice system “which is left loose and solely at the discretion of the presiding officer”.

Among other issues, they pointed to the fact that the traditional leaders dispensing justice may not have access to the technology necessary to adjudicate matters like paternity testing.

The Eastern Cape’s mandate also raised concerns around the potential exclusion of women. The bill allows for the presiding officer to determine where the traditional court should sit. While this might seem neutral, it is pointed out that there are places where women are traditionally not allowed to enter. In some cases, too, women in mourning are not allowed to speak, which would naturally prejudice their access to justice.

Gauteng objected, among other aspects, to the provision of the bill which states that the presiding officer “should by birth be a member of the royal family, a designated headman or headwoman, king of queen”. This doesn’t allow for the possibility that other individuals may emerge organically from lower echelons of the community, who might be perfectly capable of resolving community disputes. Based on views gleaned from public consultations, the province also questioned the constitutionality of forcing rural people to fall under a system of law distinct from the formal judiciary.

Limpopo, having considered the “mixed responses” to the bill from public meetings, reported that the provincial committee would not support the bill. The Western Cape was having none of it either. North West phrased things even more strongly. Some 2,050 people reportedly attended hearings on the bill in that province, of which 95% rejected the bill. “The communities maintained that the bill be done away with altogether”, the report stated, going so far as to compare the bill to a notorious piece of Apartheid legislation: “The community at large reiterated that the Traditional Courts Bill is [the] Black Administration Act smuggled backdoor”.

KwaZulu Natal did not reach a clear position on the bill, which at least one IFP MP expressed frustration about after the meeting. Mpumalanga was in a similar boat, requesting more time to clarify public opinion on the matter.

That leaves just two provinces in favour of the bill: Free State and Northern Cape. The former nonetheless submitted a number of amendments it wished to see made to the bill, particularly to protect the rights of rural women. Northern Cape, meanwhile, found the bill very likely to be unconstitutional in the absence of a clause enabling people to opt out of this system of justice.

(It’s also worth noting the inputs given by Northern Cape traditional leaders, who unsurprisingly expressed “overwhelming” support for the bill. These leaders proposed that it was essential for corporate punishment to be maintained; and that “the dress code must at all times be adhered to by the women”.)

So after public consultation on the Traditional Courts Bill, the results were: five provinces opposed to it; two undecided; and two in favour (though qualified).

Now, if Tuesday’s meeting had gone ahead as planned, the discussion of the provincial mandates would have seen NCOP faced with no choice but to reject the bill in the face of this majority opposition. But the committee opted to refer it back to the provinces for further consultation instead, despite the fact that more than one MP openly termed this a waste of time.

It’s pretty clear that the provinces opposed to the bill aren’t suddenly going to start supporting it. In fact, as the UCT Centre for Law and Society (CLS) Dr Aninka Claassens pointed out to the Daily Maverick after the meeting, positions from the provinces have actually hardened against the bill. That’s not going to change.

So why send it back to the provinces? It seems likely that it’s simply a way of delaying what looks like the inevitable rejection of the bill, in order to avoid angering traditional leaders before the elections. “The real motivation is that they’re playing for time,” Claassens said, suggesting that there is surprise that ANC-controlled provinces are voting against an ANC bill. Failing to discuss the bill as scheduled on Tuesday amounts to a deliberate jeopardising of the legislative process – but it does also indicate that the bill is not going to pass before the elections, as Zuma might have hoped.

Claassens said that on balance, the opposition shown to the bill from the majority of provinces was very heartening. The CLS is one of a number of organisations who have expressed consistent, vocal opposition to the bill.

“It is a bill that betrays unitary South Africa and crudely resuscitates Bantustan powers,” Claassens said. “Rural people know this. They are not stupid. The provincial hearings were very inspiring: people stood up and said, ‘This betrays everything we fought for’.” She says that even if the bill were to pass parliamentary muster, there was no way it would stand up to the scrutiny of the Constitutional Court.

“This is people voting against the power of the chiefs,” Claasens said. “It’s a sign that the president may be wrong to think that the traditional leaders deliver the votes.”

The bill may not be withdrawn, and the government may have contravened the legislative process in order to keep the ball in play. But the encouraging aspect of all of this is the example it offers of rural South Africans standing up for their rights, refusing to see them bargained away in some sort of pre-election power deal between the presidency and traditional leaders. DM