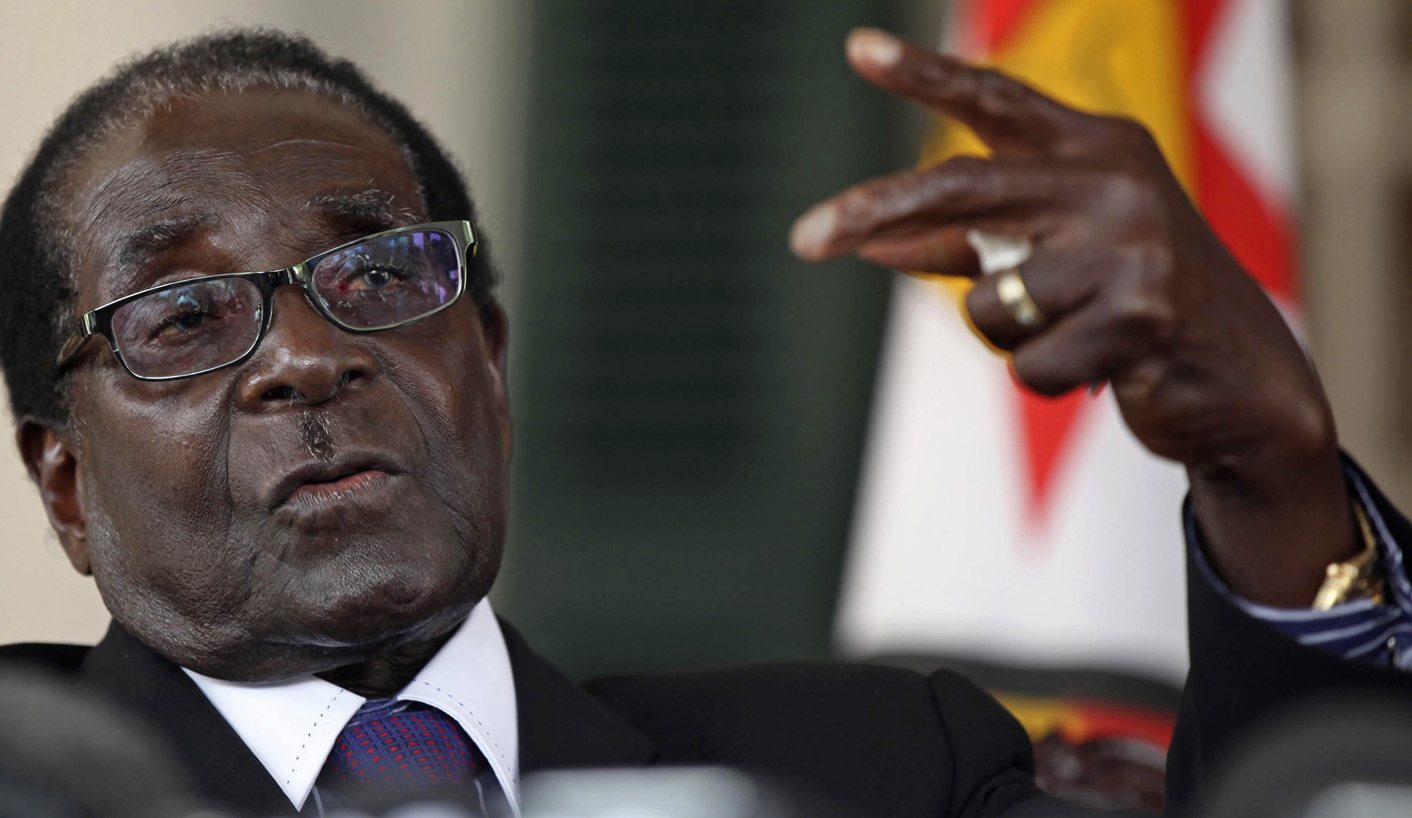 In the last decade, good governance and sensible policy-making have been in short supply in Harare. But in 2009, at least one good decision was made: to scrap the failed Zimbabwean dollar in favour of foreign currencies, including the US dollar and the South African rand. This stabilised the country, saved the economy and ultimately gave Zimbabwe some of Africa’s most impressive growth statistics. But who deserves the credit, and when can Zimbabwe start printing money again? By SIMON ALLISON.

This story begins with a mea culpa. Last week, I wrote an analysis of Zimbabwe’s newly announced cabinet, in which I mourned the loss of Tendai Biti as finance minister. Biti has been a calm, steady hand throughout Zimbabwe’s lingering economic crisis, as I explained: “Zimbabwe’s tentative development over the last five years has been underpinned by the emergency reforms made by Biti, particularly his replacement of the Zimbabwean dollar with the US dollar.” Biti has been replaced by Patrick Chinamasa who, although he served briefly as interim finance minister immediately prior to Biti’s appointment, has little experience of running an economy.

The dollarization of Zimbabwe’s economy was, I believed, the single most important policy introduced by the Government of National Unity, that awkward political arrangement which forced Robert Mugabe’s Zanu-PF to work together with the main factions of the opposition Movement for Democratic Change. Biti is a member of Morgan Tsvangirai’s MDC faction, and I thought that it was him and his party which provided the impetus for the change (I’m not the only one. This perception is widely held, and even seems to be supported in academic research, such as this infamous Cato Institute report and this paper from the Council for the Development of Social Science Research in Africa.

An annoyed reader in the comments section had a different version of events. Writing only under the name Batanai, the reader wrote: “If you like dollarization (which you falsely attributed to Biti), then you should love Chinamasa! On 29 January 2009, while acting minister of finance, Chinamasa introduced dollarization into the Zimbabwe economy.”

I was tempted to dismiss this as a bit of pro-Zanu propaganda, but I thought I’d check it out first. So I did a little bit of digging and found a few headlines in Zimbabwean media that seemed to support the commenter’s claim. Mugabe even campaigned in the recent election on the premise that Zanu-PF was responsible for dollarization.

Still not convinced, but beginning to doubt my received wisdom, I got in touch with David Coltart, a former cabinet minister in the government of national unity, and a member of the MDC (the Welshman Ncube faction). He responded quickly:

“It is correct that Chinamasa introduced the US dollar just before the start of the inclusive government. It was however forced on him by the economic reality – the Zimbabwean dollar was unsustainable and they could no longer afford to print it with it losing value so quickly. After the inclusive government started, Zanu wanted to go back to the Zimbabwean dollar and it was Biti who held the line and kept us using the US dollar. After a period it became increasingly clear that a return to the Zimbabwean dollar would be deeply unpopular and so whilst Mugabe’s inclination has always been to go back to that (a view expressed even when he launched the Zanu manifesto at the start of the campaign which they had to backtrack from quickly) they have never gone back.

“I fear though that if we cannot attract foreign investment and increased flows of forex that there will be the temptation to reintroduce the Zimbabwean dollar, because they can then print as much they like.”

So, credit where credit is due. Although Zanu-PF caused the economic disaster which resulted in runaway inflation and the complete devaluation of the currency they had created, they also contributed to the recovery with the emergency dollarization of the economy in 2009.

This is not without its ironies. A central plank of the party’s manifesto this year was nationalisation and indigenisation, which hardly squares with the adoption of a foreign currency. That the economy was rescued with the foreign imperialists’ coin must be deeply uncomfortably for the Zanu-PF elite. Although, with typically torturous reasoning, the party has managed to turn this irony to its advantage. As observed by Cedric Muhammad is his Forbes piece on the topic, the state-run and virulently pro-Zanu mouthpiece The Herald explained it away like this:

“While Zanu-PF is clear that the collapse of the Zimdollar was a shameful development not worthy of celebration, its strategic replacement with the US dollar as the leading legal tender to serve Zimbabwe in a basket of multi-currencies is in effect poetic justice given that the same US dollar had been used to kill the Zimdollar by merchants of regime change in their vain hope of killing Zimbabwe.”

Of course, the US dollar was never designed to be a permanent solution to Zimbabwe’s currency crisis, nor is it a sensible one in the long term, given that the country has already burned through all its foreign reserves. Attention is now shifting to if and when the current government plans to reintroduce the Zimbabwean dollar.

This was, after all, part of Mugabe’s campaign. “We will get to a point that we shall say no, we need to get back our Zimbabwean dollar. We shall do that and strengthen our dollar. We can strengthen it through gold if we have the gold that is kept at the Reserve Bank of Zimbabwe,” he said at a rally prior to the election.

After the polls, however, Central Bank governor Gideon Gono was quick to dispel what he described as “rumours” and “uninformed pronouncements” about the imminent return of the Zimbabwean dollar, saying that “there are no plans whatsoever, within and outside the Bank, for the immediate or near-term introduction of new currency or reintroduction of the Zimbabwe dollar into our system”. This statement was designed to reassure markets and investors, as well as the overwhelming number of Zimbabweans (of all political stripes) who are in favour of continued dollarization, mindful of the stability and economic growth it has brought.

In short, though, it’s unclear what exactly Zanu-PF has in mind when it comes to the return of the Zimbabwean dollar. Is the country ready for it? Probably not, given how fragile the economic progress has been (and that Zimbabwe simply doesn’t have enough gold to create a bullion-backed currency as Mugabe indicated). As Coltart feared, however, introducing it could be seen as politically expedient, both to fit in with Zanu’s indigenisation plans and as a very short-term measure to flood the government’s coffers with its own money. But Zanu’s leaders aren’t stupid, and they understand the political price they paid when the Zimbabwean dollar originally collapsed (they were forced to share power with the MDC). This should mean that any serious efforts to create a new national currency are still a good few years in the future – at least, that’s what my money’s on. DM

Photo: Zimbabwean President Robert Mugabe gestures as he addresses a news conference, after the swearing-in of ministers at the State House in Harare September 11, 2013. Mugabe, Africa’s oldest leader at 89 who won a fresh five-year term in a July 31 vote his opponents say was rigged, on Wednesday swore in his cabinet, including Finance Minister Patrick Chinamasa who was named on Tuesday. REUTERS/Philimon Bulawayo