Cricket: A case for T20 as moneyball? 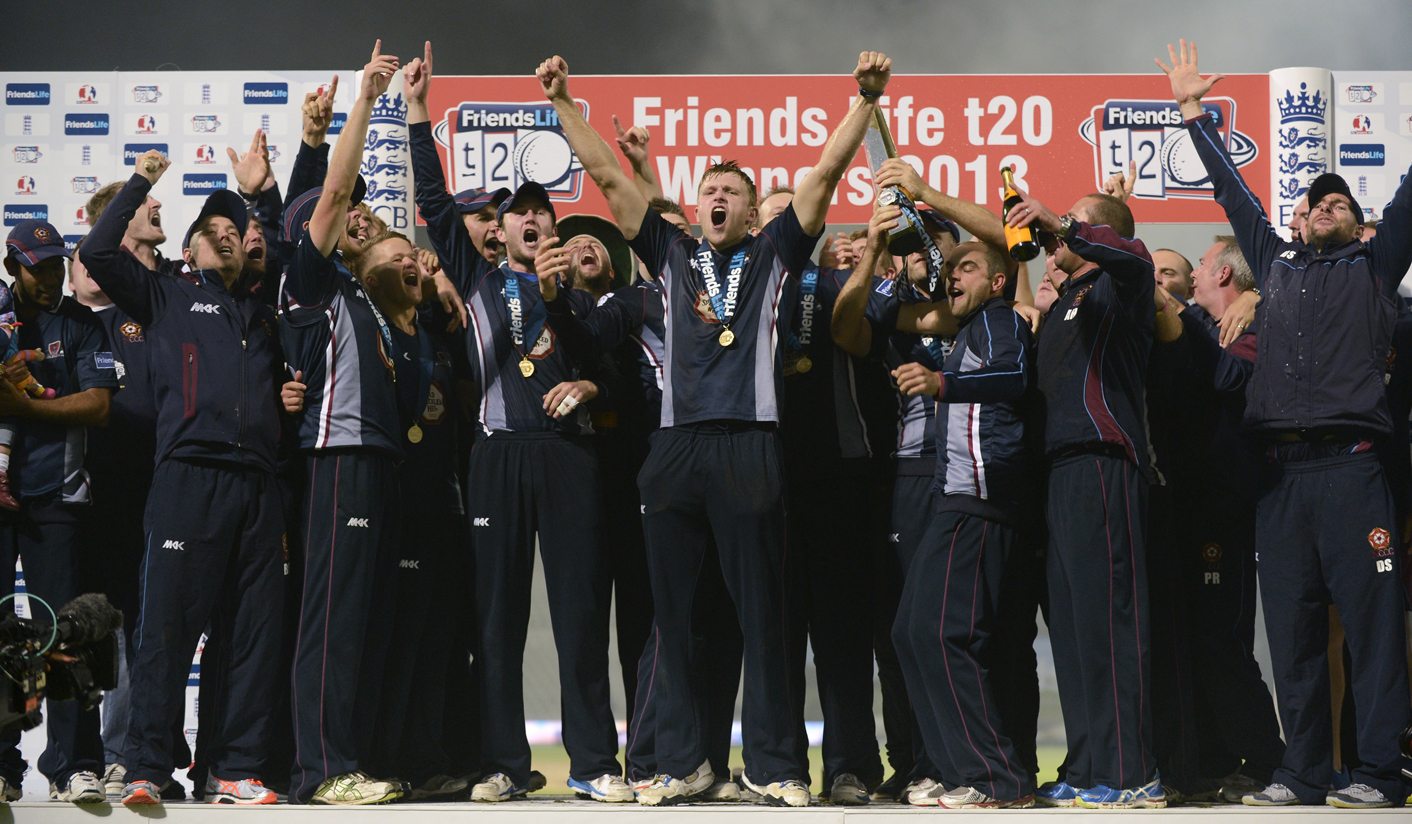 T20 cricket cannot be ignored. It’d be easy to stick fingers into one’s ears and sing loudly until it goes away - except it’s not going anywhere. It’s a profitable format with huge potential, but it’s being stifled by many factors. ANTOINETTE MULLER makes a case for playing T20 internationals on an entirely different circuit compared to other international cricket.

As teams continue to fret over international schedules and purists and pundits whinge about the lack of Test cricket, it’s becoming clear that there is a need for a shift in the international schedule. Teams are already opting to rest some of their more senior players for one-day international series as England have done in their clash against Australia. T20 sides are increasingly becoming a breeding ground for a new generation of youngster brought up on a diet of hit-and-giggle cricket.

But T20 isn’t quite as simple as see-ball, hit-ball. It might feel that way because it’s so brash and in-your-face – it’s so short and it’s such a grotesquely mutated version of Test cricket that it’s almost unrecognizable as a form of cricket – but it does require some detailed thinking. While teams used to adopt the “do whatever works” approach, there are now serious game plans.

South Africa has failed to make the most of its T20 potential in the last year. Dale Steyn, who earned the award for the Proteas T20 player of the year, proved that much. Not to take anything away from Steyn; he picked up six scalps in five games at an average of 13.66 during the World T20 in Sri Lanka. Since then, though, he has played just one T20 international. Some of that was due to scheduling, some of that was due to managing his workload and some of that was due to injury. Combine all those factors and it is clear that there needs to be a shift away from over-reliance on veteran and senior players to take charge of a T20 side.

While some players can bridge the divide, it is becoming increasingly unfair to expect them to do so. Since February last year, South Africa has handed out 12 T20 caps in 20 games. Some of those caps were warranted and handed to players who showed promise on the domestic circuit.

Quinton de Kock, the highest run-scorer in the domestic tournament last year, earned a call-up, as did Dane Vilas, the second-highest run scorer in the competition. Richard Levi was picked on PR, rather than anything substantial, as anybody who watched him throughout the season will know that he is more slog through the line than apply the basics to construct an innings. That was hardly his fault. During his days at Wynberg Boys’ High School, where a tree is planted for every hundred you score, it’s rumoured that Levi cultivated a forest. He was a classical batsman until he was told that he’d need to become more aggressive if he ever hoped to play international cricket. That approach worked for him domestically, where there are enough bowlers to bully, but he was a bit of a one-hit wonder on the international circuit.

Aaron Phangiso, Chris Morris and Imran Tahir were all bowlers rewarded for their domestic exploits, and those players had a mixed bag of results. The teams were significantly scrambled throughout the 20-month period, mostly because of Gary Kirsten’s rotation and experimentation system. It was a recipe for failure and it was only when Russell Domingo took over the reins as coach of the T20 side in December last year that it became clear that there was a need for a change.

What if that change could become even bigger than an astute tactician put in charge of a T20 team? What if T20 were played entirely separately to the usual international calendar? Away from the traditional Test and one-day tours, on a different schedule and almost as a privatised entity? Some might argue that it’s already heading that way, with the wealth of T20 leagues all over the world, but T20s do still form part of a full tour. What if that were done away with?

The complexities in pleasing boards, broadcasters and fans with that kind of approach are far too intricate to lay bare in one feature, but the potential is worth considering. While some Test players might want to cross the gap and prove their worth on the international circuit, the workload of the international schedule combined with the mushrooming T20 leagues can become too much, especially as players’ careers progress.

There also aren’t as many T20 internationals played as people think. This makes it incredibly difficult for coaches and selectors to find the right combination. South Africa will play just seven T20s between now and the World T20, due to take place in Bangladesh next year. That’s hardly enough time to plan adequately for the future.

Playing T20 internationals on a separate circuit provides the opportunity for teams to get really clever about their selections; to employ a kind of money-ball thinking which elevates those could-be, would-be and should-have been players to international status. It limits the workload of the big names, who can still stick to their T20 leagues if they so wish, and it provides something different for spectators. If teams want to rest their big-name players and opt for a completely different look team for the T20 international calendar, then this would be the ideal way to do so. T20 is already such a completely different game to cricket, so why not treat it as such – say, the way Sevens Rugby is treated?

To make it even more exciting and profitable for the smaller nations, everyone can be pooled together and play each other in an international promotion-relegation fixture list. It’s perhaps a Utopian proposal, but what is cricket without a little bit of pie in the sky? DM

Photo: Northamptonshire’s David Willey celebrates with his teammates after they defeated Surrey by 102 runs in the Twenty20 final at Edgbaston cricket ground in Birmingham August 17, 2013. REUTERS/Philip Brown