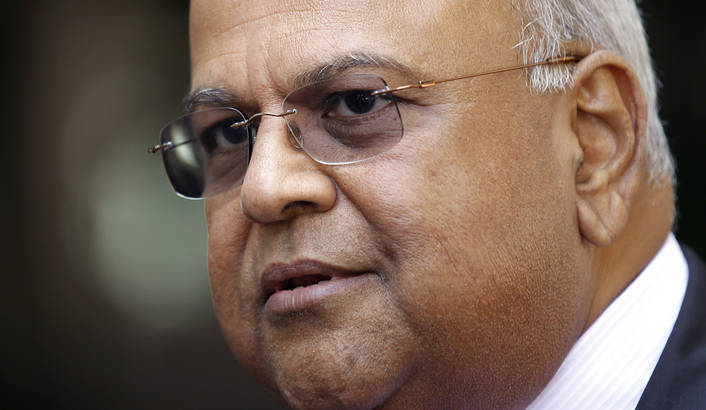 ANC, DA BOTH CLAIM VICTORY IN CONCOURT ‘NO CONFIDENCE’ RULING

The African National Congress and the Democratic Alliance have both hailed the Constitutional Court ruling on motions of no confidence against President Jacob Zuma. DA leader Helen Zille, in a tweet, said “This is a victory for the DA: once the rules are changed, as [the] ConCourt requires, then the DA will be able to bring a no confidence motion.” But the ANC said it was  “a victory for the rule of law and the doctrine of separation of powers”, adding that the motion should not have been brought to court as it was a political dispute that could have been resolved in parliament. DA parliamentary leader, Lindiwe Mazibuko, said once the rules had been changed, an MP could table a motion of no confidence without being hindered by the ANC using its majority.

The Independent Electoral Commission says the results of the public protector’s investigation into its chairwoman Pansy Tlakula will not affect next year’s elections. Thuli Madonsela found Tlakula and her executive committee guilty of “grossly irregular” conduct in their procurement of a new office building for the IEC. Vice chairman Terry Tselane said the IEC wanted to assure all South Africans and its international partners “the commission remains committed to maintaining its high standards as a pre-eminent leader in electoral democracy”. Tselane said preparations for the general elections are at an advanced stage and that they would be successfully managed. Madonsela recommended action be taken against Tlakula, who said she wanted to emphasise that “no public funds were misappropriated nor did I benefit in any manner from the procurement”.

Finance minister Pravin Gordhan has told parliament the Government Employees Pension Fund (GEPF) had assets last year of R1 trillion. Gordhan, in his written reply, was responding to a parliamentary question. The GEPF, by its own admission, is the largest pension fund in Africa. It recently bought a stake in Independent News and Media SA via the Sekunjalo Media Consortium. Gordhan said there are two other public service pension funds; the Associated Institutions Pension Fund has 2 521 active members; and, the Temporary Employees Pension Fund, which has 123 active members.

Upheavals in the Tlokwe municipality continued this week as eight expelled ANC councillors – who were recently reinstated by the party’s national disciplinary committee – have registered as independents with the Independent Electoral Commission. The Star reported the ANC’s former chief whip in the municipality, David Kham, had confirmed he was one of the eight who will stand as in independent in the by-election scheduled for 18 September. The North West ANC expelled Kham and another 13 councillors for helping the DA pass a vote of no confidence in former mayor, Maphetle Maphetle.  Kham told the newspapers he was “done with the ANC”.

RAPISTS APPEAL 20-YEAR SENTENCE, ONLY TO GET LIFE IN PRISON

A pair of rapists, convicted with two others of the gang rape of a Kwa-Tema woman, turned to the Pretoria High Court in the hope of a more lenient jail term, only to be given life sentences by the judges.  Samuel Lucky Msimanga and Samkele Welcome Sibeko tried to withdraw their appeal after acting judges Hiemstra and Truter indicated they were to take this step, Sapa reported. The judges refused them permission. Judge Hiemstra said neither appellant spoke a “single word of remorse” and that the magistrate had showed “no outrage at the wickedness of the crime”. He said it was a “heinous crime” and that the victim had been “violated in the most brutal and pitiless manner”.

Workers at petrol stations and car dealerships will embark on a national strike next week, says the National Union of Metalworkers of South Africa, citing escalating living and transport costs. Estimates are that over 72,000 workers will take part in the strike “in demand of a living wage and improved conditions of employment and service”, the union said in a statement.  The petrol station and car dealership employees will join over 30,000 workers from the auto industry who have already downed tools for a week in a wage dispute. The construction industry and airport sector have also been struck by protests. “Workers are no longer willing to be subjected to starvation and poverty wages,” Numsa said.

MINING INDUSTRY A ‘PRISONER OF PAST POLICIES’ SAYS MOTLANTHE

The mining industry is a “prisoner of past policies” says deputy president Kgalema Motlanthe. Speaking at the Mining Lekgotla at the Sandton Convention Centre, Motlanthe said effort was needed to ensure the industry recovers from its recent challenges. “To move forward, the industry must break with its undesirable past by making workers feel valued for their contribution as wholesome human beings that must have decent jobs and sustainable livelihoods, including proper housing, recreation and time with families,” Motlanthe said. He said mining companies needed to re-skill their labour forces then reward them “commensurate with their contribution”. DM