Analysis: Gender-based violence and the SA women’s other problems 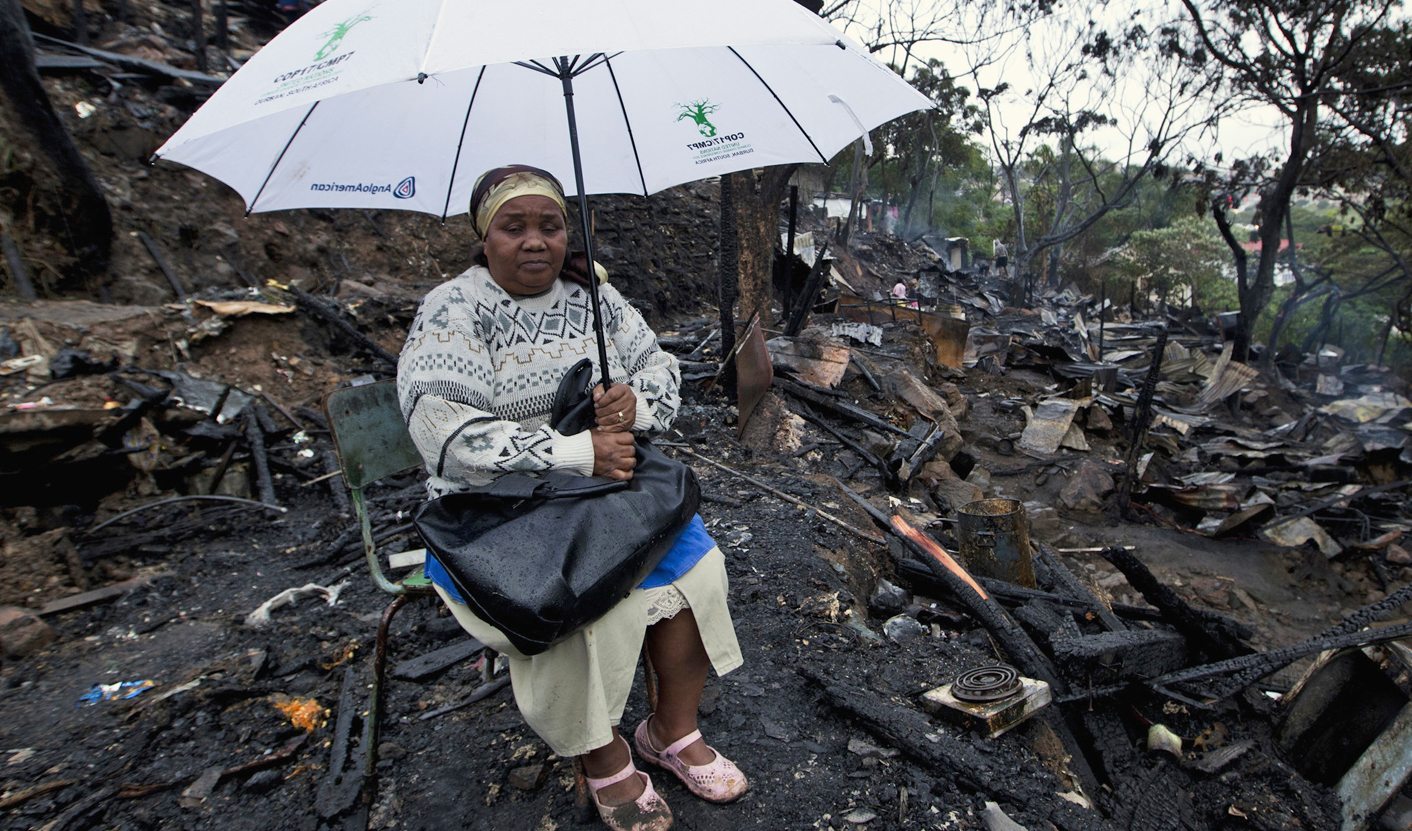 Wednesday was no ordinary day in the country’s legislative powerhouse; it was Women’s Parliament. These days, women don’t just get their very own government department, but almost an entire parliamentary day named for them. The point of this? We’re still not entirely sure. REBECCA DAVIS suggests a few things the Women’s Parliament could have discussed in addition to gender-based violence.

“A centenary of working together towards sustainable women empowerment and gender equality”, was the catchy title of Wednesday’s big day for women. Attempts by the Daily Maverick to get our hands on a Women’s Parliament programme in advance came to nought, though we were sent an RSVP form to indicate whether we would attend a “Gala Dinner” in honour of the proceedings, to be held at the five-star Mount Nelson Hotel on Tuesday night. (We declined.)

The ostensible purpose of the Women’s Parliament 2013, as declared in a press release, was “an opportunity to reflect on the progress made towards women empowerment and also to pave the way forward to the next term”. Participants would be “women in leadership”. Not very high up in leadership, it turns out, since neither the minister of Women, Children and People With Disabilities (WCPWD) attended the morning’s session, nor the head of the ANC Women’s League. Both Lulu Xingwana and Angie Motshekga, we were informed, were at a Cabinet meeting.

Earlier in the week, Xingwana had found time to attend the court appearance of murder-accused Oscar Pistorius, saying she was there to represent the family of Reeva Steenkamp. The ANC Women’s League also sent a delegation, with spokesperson Jacqui Mofokeng (not to be confused with the former Miss South Africa of the same name) saying that the League was “honoured to be given the [court] accreditation that we needed and we will make sure that we follow the matter until the end”. We look forward to both Xingwana and the League displaying the same dedication when the case of Johannes Kana, accused of the rape and murder of Anene Booysen, comes to trial in September.

Instead, we made do with deputy ministers and the deputy speaker, Nomaindia Mfeketo, as well as representatives from NGOs and bodies like the Commission for Gender Equality. Mfeketo noted that this year’s Women’s Parliament was much shorter than the “usual” one, and said she would have liked to see sufficient time on the programme to discuss whether this form of gathering was the “correct” one still. “Do we every year have to call women into this small room and lament about issues that some of you sitting here have been talking about for decades?” Mfeketo mused.

The sense of a lack of movement was compounded by the fact that the morning’s programme was almost entirely taken up with a discussion of gender-based violence. Violence against women is certainly the most pressing, life-threatening and shocking danger women face in South Africa, and it has come to the fore of our national conversation in a much-needed way this year, due largely to the murders of Booysen and Steenkamp. But it’s also one of the most difficult social ills to tackle without looking at deep structural roots and causes, which is an understandably complex and nebulous element often missing in discussions that, for instance, focus on condemning horrifying sexual violence statistics.

The Human Rights Commission’s Melanie Dugmore made a much-needed point to the (almost exclusively female) audience: rights do not exist in isolation, and being deprived of one right may have negative knock-on effects that lead to conditions in which sexual violence may flourish. A lack of private toilets and a lack of adequate lighting, for instance, give birth to a situation where the safety of women at night may be compromised. This isn’t to say, of course, that not having a toilet leads a woman to be raped. But acknowledging the intersection of these social conditions seems a more helpful approach than the sometimes bewildered tone that can characterize talk of sexual violence and its perpetration by “monsters”.

Even so, it would have been nice to see more discussion of the condition of contemporary South African women outside of the violence inflicted on them. How about the lamentable distance at which the country remains from achieving gender equity in the workplace, for instance? Audit firm PwC released a study in July that revealed female representation on the JSE remains at just 10%, with women earning on average 28.1% less than their male counterparts. On average, the lowest-paid workers in the country remain black women in Limpopo, and black women are the most likely to be unemployed.

Stats SA’s Gender Statistics report, released in July, puts it all quite baldly. South African women are still less likely to be able to read, and less likely to have a tertiary education. Most of the population who lives under the food poverty line – less than R305 per individual per month – is female. Though the average life expectancy of women is better than for men, female deaths peak earlier, between 30 and 34. When women die, often nobody troubles to register the death. “That happens because there is nothing to inherit from a woman and a lot to inherit from a man,” statistician general Pali Lehohla explained at the report’s launch.

In short, women – predominantly black women, because race continues to be a far bigger differentiator than gender – are still getting the short end of the stick at all levels of South African society. Parliament is one South African space where this sometimes may seem less apparent than elsewhere, because of the relatively high levels of female representation. The majority of the country’s premiers are women, for instance. But this doesn’t reflect what is going on outside Parliament’s rarefied halls. To restrict talk of “women’s issues” to gender-based violence in some ways has the feel of a red herring. Such violence does not arise from a vacuum, and strategizing ways to end violence against women without discussing the wider social and economic disadvantages faced by women sometimes feels a bit like plotting to cut off the visible part of an iceberg without attending to the bit under the water.

A Women’s Parliament might also have usefully discussed the treatment of women within Parliament as well, particularly in the wake of the sexism directed at DA parliamentary leader Lindiwe Mazibuko in the form of repeated comments about her appearance from both the ANC and the IFP. Or it might look at the general discourse of our politics, where sexist insults are often reached for at heated moments, perhaps most notoriously when Floyd Shivambu suggested in 2009 that Helen Zille’s male executive were all her boyfriends and concubines. Or more recently, of course, when Robert Mugabe called Zuma’s foreign policy advisor Lindiwe Zulu a “little street-walker”, and the South African presidency responded by apologizing for the comments by Zulu that had incited him.

More critically, though, Wednesday’s Women’s Parliament demonstrated, and not for the first time, major problems in the discourse around women in South Africa, particularly during the afternoon’s National Assembly debate. In the morning session, for instance, part of the discussion revolved around the reluctance of lesbians to report rape out of fear of secondary victimization by the police. When lesbians are raped, their attackers often describe it as punishment for their failure to conform to what is seen as “natural” behaviour and appearance for women. Yet in the National Assembly, an MP was applauded for sketching out an idyllic society in which “little girls in pink” were kept safe, thus tacitly endorsing and entrenching a very particular, restrictive brand of “femininity”.

As is common, during the National Assembly debate, references to God and “God-given rights” were also repeatedly aired. This is problematic anyway in what should be a secular space, but particularly so in relation to discussions of gender and sexual violence. It is tempting to think a strict adherence to a religious moral code could solve all our gender-based violence problems, but such talk of “moral regeneration” and “traditional values” also risks sidelining and endangering those who fail to conform to conservative codes. The ACDP’s lip service to women’s rights is to be taken with a pinch of salt in particular, given their vocal opposition to abortion and homosexuality.

It’s not that the idea of a Women’s Parliament is necessarily a bad one. Held over more than one day, tackling a wider range of subjects and perhaps offering greater input from civil society, such an initiative might prove worthwhile. But after the string of MPs in the National Assembly had finished simultaneously emphasizing the “specialness” of women and affirming their victimhood, it was hard to see where the point of this year’s gathering lay. DM

Photo: A woman sits in the rain on the place where her shack once stood before a fire razed it down in Durban April 23, 2012.  REUTERS/Rogan Ward