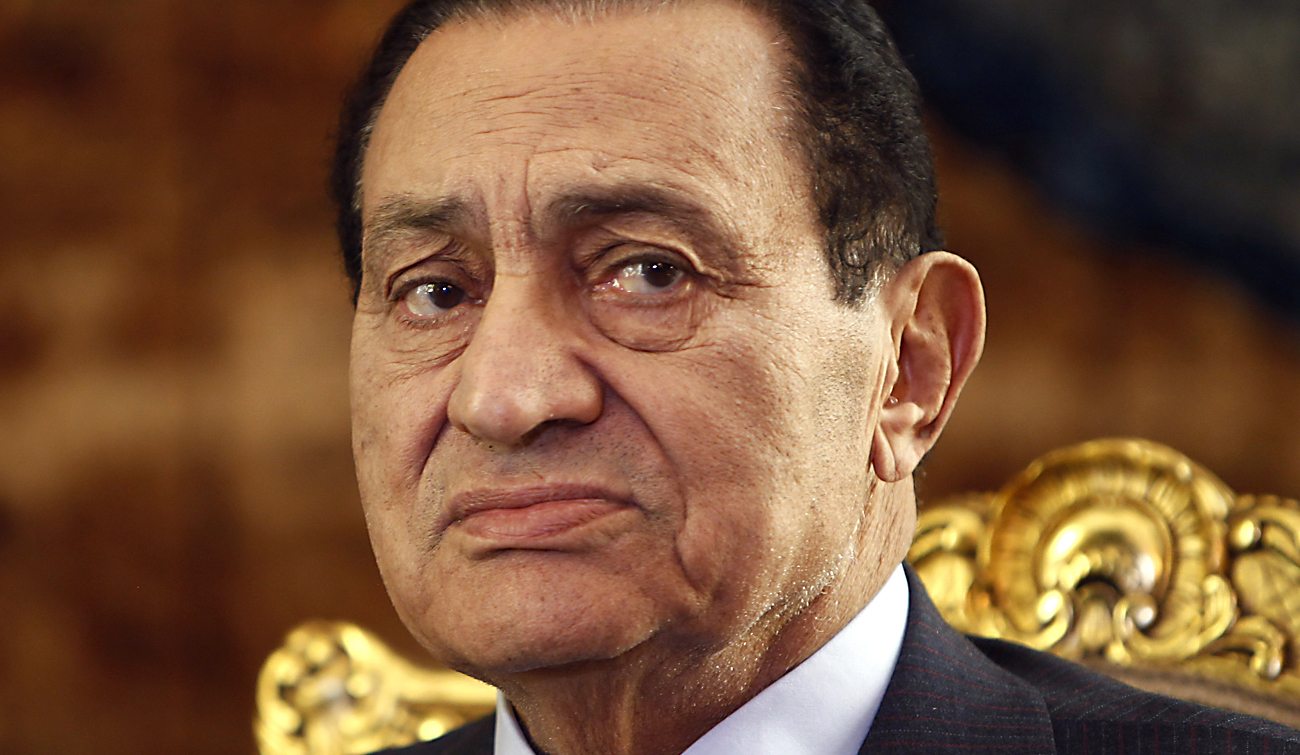 Former Egyptian president Hosni Mubarak could be freed from jail after a court reviews his case on Wednesday, potentially stirring more unrest in a country where army-backed authorities are hunting down his Muslim Brotherhood foes. By Lin Noueihed and Alistair Lyon.

The court will convene at the Cairo prison where Mubarak is being held, judicial sources said, and review a petition from his lawyer demanding the leader overthrown in a 2011 revolt be freed.

If the court upholds the petition, there would remain no legal grounds for Mubarak’s detention, though he is being retried on charges of complicity in the killing of protesters in 2011.

At 85, Mubarak may have no political future, but his release could stir emotions and raise new questions on whether the popular uprising that ended his 30-year rule is leading back to a new form of military government. His ouster was part of the Arab Spring uprisings that swept through the Arab world in 2011.

If Mubarak is freed this week, as his lawyer predicts, it would come only six weeks after the armed forces that he once commanded deposed his freely elected successor, the Muslim Brotherhood’s Mohamed Mursi.

Egypt is enduring the bloodiest internal conflict in its modern history, with about 900 people, including 100 police and soldiers, killed after security forces broke up pro-Mursi protest camps in the capital on Aug. 14. A spokesman for a pro-Brotherhood alliance put the death toll among its followers at about 1,400.

Signalling their determination to crush the group and silence protests against the ousting of Mursi, Egypt’s army-backed authorities on Tuesday arrested Mohamed Badie, the Brotherhood’s leader.

His arrest followed a wave of detentions among the upper echelons of the organisation. A Muslim Brotherhood statement condemned the arrest of Badie, 70.

“The putschists think that arresting the leaders of the Muslim Brotherhood and marring their image in the media will make Egyptians bow and give in to the coup,” it said.

“The issue has become one of the Egyptian people and they will not bow. … They have killed thousands, wounded thousands, arrested thousands but the (people) are continuing in their peaceful revolution and rejecting the coup and military rule.”

The turmoil has alarmed the United States and the European Union, but Israel and some Gulf Arab states led by Saudi Arabia have pressed the West not to punish Cairo’s new rulers.

Badie was charged in July with incitement to murder in connection with protests before Mursi’s ouster and is due to stand trial on Aug. 25 along with his two deputies. On Tuesday, the public prosecutor ordered his detention for 30 days on the charges of incitement to killing during anti-Mursi protests in November and demonstrations in Cairo last month.

Footage shown on local media showed the bearded leader sitting grim-faced in a grey robe near a man with a rifle following his detention in Cairo in the early hours.

The release of the images seemed designed to humiliate the Brotherhood chief, whose arrest means the group’s top echelon is now behind bars, with other leaders dropping out of sight.

After decades as an outlawed movement, the Brotherhood emerged as the best-organised political force after Mubarak’s fall. Now the state accuses it of al Qaeda-style militancy and subversion, charges it vehemently denies.

The Islamist group, founded in 1928, used its organisational muscle to secure victory for Mursi in last year’s presidential election. It says it has about a million members among Egypt’s 85 million people, as well as offshoots across the Arab world.

The whereabouts of many other senior Brotherhood politicians are unknown. Those who had been posting frequently on social media have stopped in the past two days. Arrests have extended beyond Cairo, netting provincial leaders of the movement.

The state news agency said Badie was now in Cairo’s Tora prison, where other Brotherhood leaders are held.

Jeffrey Feltman, U.N. under-secretary for political affairs, arrived in Egypt on Tuesday for talks that U.N. Secretary-General Ban Ki-moon Ban has said would focus on initiatives to restore peace and forge reconciliation.

The United States, a close ally of Egypt since it signed a peace treaty with Israel in 1979, said on Monday it was still reviewing whether to freeze any of its $1.55 billion annual aid package to Egypt, which mostly funds U.S. weapons supplies.

Foreign ministers of the European Union, another donor to Egypt, meet in Brussels on Wednesday to discuss how it might apply its influence for a peaceful compromise. DM