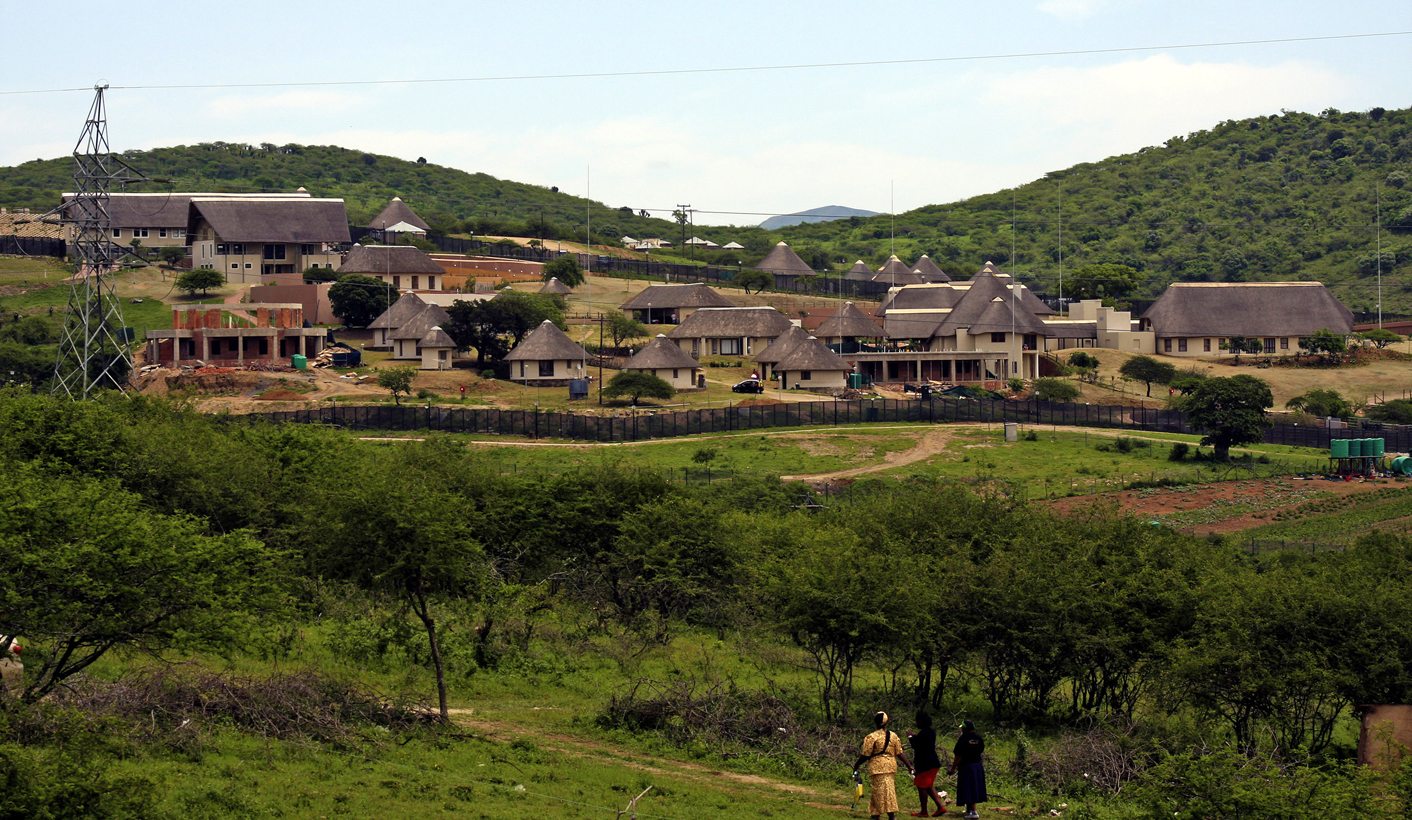 Here’s a business idea for ya: Instead of schlepping foreigners around in covered 4x4s, handing them endless bottles of petroleum swathed water and feeding them strips of our locally dried meat product, how about taking them where the really dangerous animals lurk? Prague’s CorruptTour is tailor-made for the South African milieu. Someone could make, ahem, a killing. By RICHARD POPLAK.

“The Famous Prague Corruption Safari”, announces the website, implying an exclamation mark. “Something entirely unique in the history of tourism. A safari of the habitats of cronies in the wild. Inconspicuous nests to divert unwanted attention. Ostentatious dens to intimidate the meek. The Safari takes care to keep pristine the natural habitats of these national treasures.”

I know what you’re thinking: how did the citizens of Prague—Prague!—beat enterprising South Africans to a business concept that seems perfectly suited, indigenous even, to these parts? Corruption, as the CorruptTour people point out, is everywhere. Nor does it seem like the phenomenon is fading. Might as well monetise it. Might as well take some tourists along for the ride.

In the Czech Republic’s gilded, glinting capital, which on most days looks like a well-iced wedding cake, the intrigue is apparently not restricted to how much one can pay for a latte. The country, despite its European Union membership and its ostensibly First World veneer, is run by a legion of miscreants who seem intent on matching their one-time Russian masters in matters of filth. Ever since the Velvet Revolution terminated the old regime and heralded an age of democratic rainbowism, led by Vaclav Havel’s rectitude and forbearance, (sound familiar?), Prague has been a comfortable lair for those intent on self-enrichment and sexual relations with tall, leggy blondes in exchange for Louis Vuitton handbags.

Take the guy who used to run the joint, former President Vaclav Klaus, who was almost done for high treason after offering amnesty to a bus-load of individuals who were charged with financial misdeeds. There is the usual crowd of influence peddling lobbyists, with tight connections to power, some of whom are on trial for serious offences, like attempted murder. Take Roman Janousek, snagged in a wiretap sting for being too cozy with Prague’s mayor over the usual grab-bag of real-estate and office-appointments high jinx that we have become so familiar with. Janousek, referred to in the Czech press as Lord Voldemort—Harry Potter’s evil nemesis, and thus probably not meant as a compliment—allegedly had $8 million in cash in a sting that was designed to nail the Prime Minister in a related scandal.

As far as most Czechs are concerned, it’s been a long slither into the slime pit of reality since those heady days of Velvet, back when the Iron Curtain was being tentatively raised and the End of History was upon us. History didn’t end—instead, it turned into a farce. Presidents fighting corruption charges, their cronies with access to the levers of state power, all of them bankrolling lifestyles and systems of patronage that threaten the very mechanisms of governance that locals fought so hard to install? Yeah, we get it.

CorruptTour offers packages for individuals or groups, and drives or walks them around the city of Prague, offering glimpses of where the big game does its business. For $20, the intrepid trekker drifts through a city caught in the pincer grip of filth. “The best businesses,” the website reminds us, “take inputs that seem unpromising and conjure them into a stream of profits. The CorruptTour Travel Agency is one such business.”

Are you smelling what I’m smelling?

Just think about the possibilities for South Africa. We have the safari blather down pat (“the juvenile goshawk likes to forage blah, blah, blah…”), we have the capacity and skill sets to spread a warm blanket over the chilly knees of a German tourist in less than two seconds flat, and we love enriching Saudi Arabian princes by driving around in 4x4s looking for large apathetic beasts that are indifferent to our existence.

CorruptTour only implicates people who have been named and shamed in two reliable news sources, which in a South African context means the entire kleptocracy—there is almost no single current or former Minister whose house wouldn’t warrant a visit. There are the sidekicks and bit players, like the Glen Agliottis of the world. Perhaps sundowners and biltong could be taken in the parking lot of The New Age, the paper owned by President Jacob Zuma’s boon pals—our very own Voldemorts—the Guptas. The SABC would be like visiting the Etosha Pans at sun-up, so plentiful would the sightings be. Pretoria is our Okavango Delta—it would take a hardy 4×4 and an energetic guide to make it through the day.

A three-hour tour? Are you joking? The South African CorruptTour would necessarily involve day trips out of Gauteng. I’m thinking Limpopo, our very own Savannah plains. Where to begin in Limpopo? North West would be a nice little weekend trip. And then, of course, we veer south, where the Big One lurks, luring his prey, sharpening his claws, smacking his lips.

Two hundred million rands’ worth of corruption safari bliss awaits the traveller. This is one of the world’s great presidential gangster palaces, and it’s right here in sunny Mzansi! Sun-up, sundown, high noon—doesn’t matter. There is always something to marvel at, something to admire, something to blow a billion digital bits and bites photographing with those absurdly long lenses that safari tourists employ as compensation for their shortcomings elsewhere.

I’m convinced: this is the next big thing. That CorruptTours in Prague is something of a performance art project makes it no less piquant, and no less useful. Who watches the watchmen? Why not us, for entertainment? Shooting big game with guns, followed shortly by cameras, is the second oldest pursuit in Africa. Time it gets an update. At the rate we’re going, there won’t be much actual big game left in a few years. But we can be certain that Nkandla will still be standing. DM