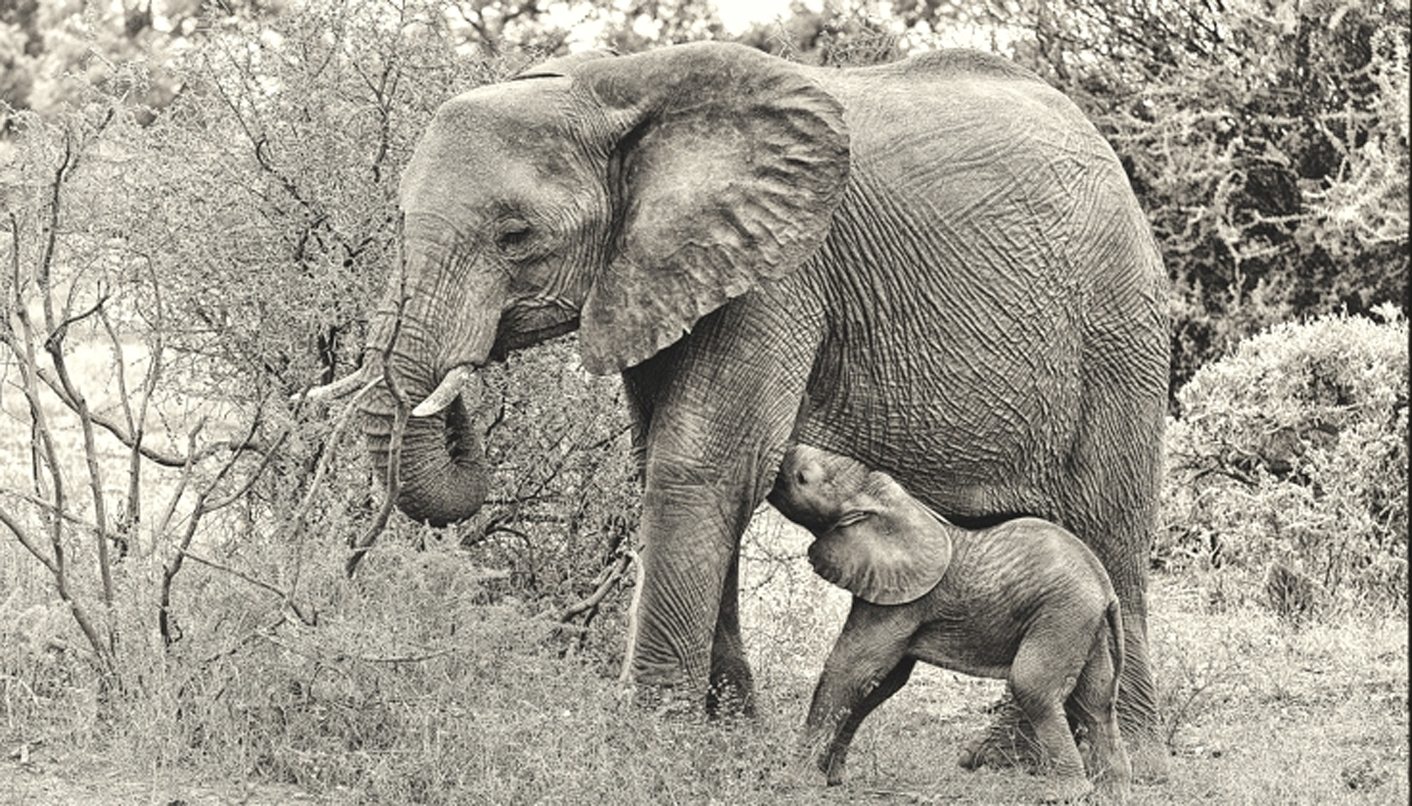 On World Elephant Day we are reminded that poaching is a growing concern across much of Africa. Though attempts at working together to end poaching are being made, DON PINNOCK argues that stockpile sales of old ivory do nothing to curb poaching and instead promote illicit trade.

All over the world today people who care are celebrating and paying homage to the greatest of Earth’s animals – the elephant. A century ago there were around four million in Africa and Asia. Today, their number is between 420,000 and 658,000, and dropping.

For centuries people have felt a strange kinship with these great grey animals. Elephants are the only creatures, other than us, who celebrate birth and mourn death. They trumpet in pure joy when a calf is born, and fondle the bones of their dead, seemingly deep in thought.

In India they are revered as the god Ganesh. In African fables, the elephant is always the wise chief who settles disputes among forest creatures impartially. They are featured on the national flags of Siam, Laos and the Ivory Coast.

In Zulu tradition the Indlovu (elephant) clan are the line of paramount chiefs. And when the Ashanti of Ghana find a dead elephant in the forest, they give it a chief’s burial.

In the beginning, it may have been this respect for elephants that made an ivory object desirable and precious. But in the modern world of commerce and high-calibre weapons, desire and greed has trumped respect and four elephants an hour are now falling to poacher guns.

Most ivory goes to China. Yet a survey by HorizonKey in the cities of Beijing, Shanghai and Guangzhou found that seven out of 10 Chinese did not know that ivory comes only from dead elephants.

The survey also noted that more than half of those who did know considered poaching uncommon, and a third of those surveyed thought ivory came from natural elephant mortality. What they would not want to acknowledge, given the ancient Chinese craft of ivory carving, is that, according to the World Wildlife Fund for Nature, around 30,000 African elephants are poached every year to support the huge market in exquisite collectables.

“Evidence is irrefutable,” said a WWF report released this year, “that China bears the main responsibility for the elephant poaching crisis yet it continues to hide behind a façade of denial.”

There is a general misconception, supported by those who wish to profit from ivory sales, that there are too many elephants in Africa and because of this they are destroying their environment. Intensive research by organisations such as Elephants Without Borders has found that elephant numbers are self-stabilising and do not require culling to protect their habitat.

Proponents often claim culling is necessary to preserve biodiversity, reasoning that elephants push over trees. But this is part of the natural relationship between forest and grassland, and without elephants trees would overwhelm the food supply of grazers. In the Kruger Park, culling had no positive effect on the vegetation, nor has the cessation of culls. The consensus amongst scientists is that culling can only be justified on aesthetic grounds and this is not an adequate reason.

Legal trading in ivory, supported by a strong market lobby, has proved devastating for elephants. In 1989, at the end of two decades during which the world’s elephant population was halved, the United States imposed a unilateral ban on the importation of ivory. This was followed by the Convention on International Trade in Endangered Species of Fauna and Flora (CITES) banning the trade of elephant ivory. Eight years later, after pressure from South Africa, Zimbabwe, Namibia and Botswana, CITES down-listed elephant protection and allowed a one-off sale of ivory stockpiles from these countries. In 2008 it approved another stockpile sale.

The reports “Making a Killing”, produced by the International Fund for Animal Welfare (IFAW), and “Blood Ivory”, produced by the Environmental Investigation Agency (EIA), have highlighted the tragedy of the decision to legalise trade. After these sales poaching escalated and has reached a point where the future of the elephant is in doubt. (In just one example, the numbers of the secretive Central African forest elephant are down 62% from 2002 levels).

According to the reports, stockpile sales created confusion among consumers in China who believed the ivory trade was legal, effectively breaking the integrity of the ban.

“The intention … was to flood the market with legal ivory in order to reduce its price. However, the reverse has happened. The influx of legal ivory into the market in China has spurred demand, pushed up prices and created a grey market in which legal ivory provides outlets and opportunities for illegal ivory to be sold.”

But of 158 retail shops and carving factories visited by IFAW, 101 were not licensed. Only 57 were licensed, representing a compliance rate of just 36%. Among the licensed facilities, 60% were found to violate the system in some way.

Lack of strong law enforcement, combined with low priority for wildlife crime in the legal system, makes ivory trafficking in China a high-profit and low-risk criminal activity. And so it’s booming.

Because elephant numbers are declining worldwide, ivory is promoted as having “inflation-proof investment value” and owning and gifting ivory demonstrates status. The owner of a carving factory in Fuzhou told IFAW investigators that no matter how many ivory products his factory produced and how high the price climbed, there were willing buyers who bought ivory as “white gold.”

The flow of poached ivory has recently discovered new routes. As Beijing increases its investments in Africa, Chinese nationals (workers, businessmen and visitors) are reaching every corner of the continent, and a rising number of them are becoming involved in illicit ivory trading.

In response to increased poaching, Kenya, South Africa and Mozambique have been holding talks about cooperation in wildlife conservation and anti-poaching. At the COP 16 meeting in Bangkok this year, CITES agreed to take action against Kenya, China, Malaysia, the Philippines, Thailand, Uganda, Tanzania and Vietnam, all of whom were identified as making insufficient efforts to curb the trade. However, they escaped sanctions after six of the countries submitted draft action plans and China and Tanzania committed to compliance by a certain date.

It’s a start, but draft plans won’t stop the slaughter and those who love elephants are waiting to see their effectiveness. As poacher guns do their deadly work, the future remains unclear for the elephant is uncertain. In an attempt to raise awareness of their plight, people around the world are paying homage to the elephant today with a plea: Ivory belongs to elephants – don’t buy it. The alternative, extinction, is unthinkable. DM