Porsche Cayman S: Should the 911 be worried?

Porsche Cayman S: Should the 911 be worried? 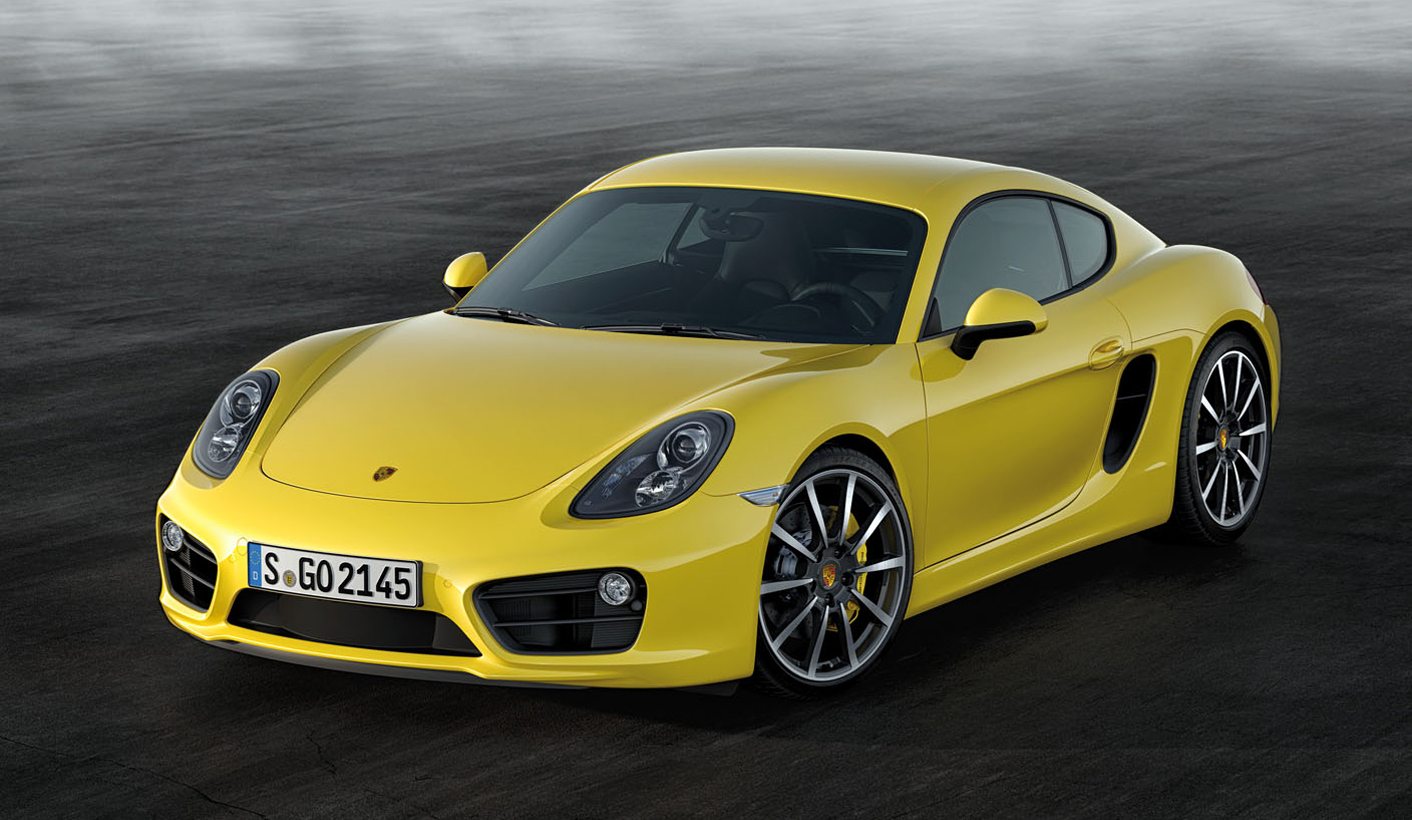 It’s been 50 years since the 911 nameplate first appeared on an eclectic rear-engined, rear wheel-drive sports car from a small German marque based in Zuffenhausen. Back then, nobody would have predicted the longevity of a design that, five decades later, enjoys iconic status. It’s ironic, then, that the most potent rival in the Porsche 911’s illustrious history should emerge not from a rival brand, but from the heart of Zuffenhausen itself. By DEON SCHOEMAN.

Think Porsche, and you think 911. More legend than mere sports car, with an unparalleled reputation for undiluted driver appeal, the 911 has been on the bucket list of petrol heads from its earliest, humblest days.

Five decades on, the latest, 991-generation 911 is the most competent, most complete expression of the icon yet. But it’s also a far cry from the lightweight, dashing and frankly treacherous car that charmed and fascinated its fans all those years ago.

And therein lies the rub. Today’s 911 may be the most advanced to date, but it also occupies a more elevated plane, in both price and execution terms. The veneer of sophistication has never been thicker, and in the process some of the original’s purist sports car appeal has been dulled.

Enter the Porsche Cayman. Originally conceived as a hardtop version of the 987-Series Boxster, the Cayman was always considered more of a driving machine than its open top sibling. It was also considerably more affordable than a baseline 911, thus opening the Porsche door to a wider audience.

The two-seater coupé is an all-new, clean-sheet design, doffing a hat not only to the first Cayman, but also to the 911’s rear-biased silhouette. The result is a car with a powerful, even compelling presence.

Part of the reason is the way the coachwork is tautly drawn over a chassis featuring a long wheelbase and wide tracks. Short overhangs, big wheels and a low-slung, muscular stance create a shape with athletic, purposeful proportions.

But while the Cayman is unmistakably a Porsche, it shouldn’t be considered a baby 911. It’s not only lighter and more compact, but its engine is mounted amidships, rather than bolted to the rear. All of this means it’s a very different, very individual car.

Even so, one can’t help but notice the interior borrows at least some of the ergonomic and design elements from the latest 911. The tapered centre console, with its bank of switches, is one example, as is the way the cluster of round instrument dials directly ahead of the driver is recessed and hooded to ensure unambiguous visibility.

The high-backed bucket seats are mounted low, and the deep footwell is home to aluminium pedals. Metal accents abound and the leather upholstery adds to the overall air of smartness. Spartan the Cayman S isn’t! But the low seating position, the grippy steering wheel, the way the cabin seems to wrap itself around the driver is pure, purist sports car.

The Cayman line-up consists of two models, of which the S version under scrutiny here is the more muscular. Providing the urge is a 3.4-litre, water-cooled flat-six engine neatly installed just behind the seats.

Rated at 239kW and 370Nm, the six-potter drives the rear wheels via a seven-speed PDK dual-clutch gearbox. A six-speed manual is available as an alternative at no extra cost, but the PDK transmission is deemed the preferred option locally.

The powerplant sounds fabulous. Turning the key wakes up all six cylinders just centimetres from your cranium, and while the engine bay is well insulated, you clearly hear the rasp-edged growl as the six-potter clears its throat.

When cold, the PDK gearbox reacts lethargically to automatic or manual shifts at first, and will only start to show its true, rapid-fire nature once the drivetrain’s oils and fluids have reached operating temperatures.

Until then, it’s best to just trundle along. But there’s already an edge to the exhaust note whenever you accelerate, and the engine piles on the revs with an effortless ease that underscores its dynamic intention.

Then, finally, the moment arrives. With all the temps above the minimums, it’s time to explore some quiet country roads, and then to give the Cayman S free rein. Switching to sport mode further sharpens the already responsive throttle action and allows for snappier cog swaps.

Floor that aluminium accelerator and the Cayman S responds with the near-instant reactions of a champion sprinter. There’s no sense of inertia, of power spooling up before reaching the wheels: acceleration is instant, and power delivery insistently linear, as the Cayman leaps out of the blocks.

The shift paddles are a massive improvement on the button switches employed in early PDK installations. They make upshifts and downshifts a very clean and rapid affair, with just enough attack and percussive feedback in sport mode to add some race-bred thrills to the experience.

If you’ve opted for the optional R26,670 Sport Chrono pack, there’s an even more hardcore Sport Plus driving mode to select, as well as a launch control system that gets the Cayman S off the line with minimum fuss and maximum speed, shaving another 0.2 sec off the car’s rest-to-100km/h sprint time to stop the clocks at just 4.7 seconds.

But that’s only one, small facet of the Cayman’s performance arsenal. More impressive is the balance of the chassis, and its ability to form a close and confident rapport with the driver.

Despite surprisingly compliant damping, the feedback from the chassis is unequivocally accurate, allowing the driver to slice through a series of turns, curves and corners with razor-sharp precision.

Another pleasant revelation is the steering, one of the very few electro-mechanical systems I’ve encountered that actually feels properly connected to the wheels and the steering rack. It may still suffer some remoteness at parking garage speeds, but once on the move, there’s heft and finesse aplenty.

The Cayman S covers ground with the effortlessness of a talented cross-country cruiser, but always engages and entertains the driver. There’s never a humdrum moment – not even at constant, intercity cruising speeds. The Porsche transforms the most mundane of daily commutes into a special occasion.

However, if you really want to enjoy the Cayman S to the max, head for the twisties. There’s an inherent agility to the way the car corners that cries out for the challenges of a mountain pass.

You can thrust it hard and late into the deepest apex of a corner, leaving the braking as late as you dare, and still slingshot out of the tight with space to spare. The Porsche corners flat and fast, sticking to the chosen line with a relaxed resolve that suggests stratospheric levels of grip.

Of course the brakes are great: big, vented discs with beefy callipers that deliver plenty of bite. Ceramic brakes are an option, but at around R100,000 for the privilege it seems an unnecessary purchase, especially considering how well the standard brakes work, even when punished repeatedly.

The Cayman’s immediacy, its intuitive responses to even the smallest driver inputs, its ability to rapidly unspool vast ribbons of road, elevates it to levels of sports car competence usually associated with more exotic price tags.

I’ve always been a Porsche 911 fan, and always will be. But the Cayman (and the S version in particular) delivers a driving experience that is pure, compelling, desirable Porsche, without having to emulate the 911’s idiosyncrasies.

Bottom line? The Cayman is a great sports car. But even more importantly, it’s also a great Porsche. And that may just persuade some buyers to consider it as a viable and value-added alternative to the mighty 911. What would Ferry Porsche say? DM