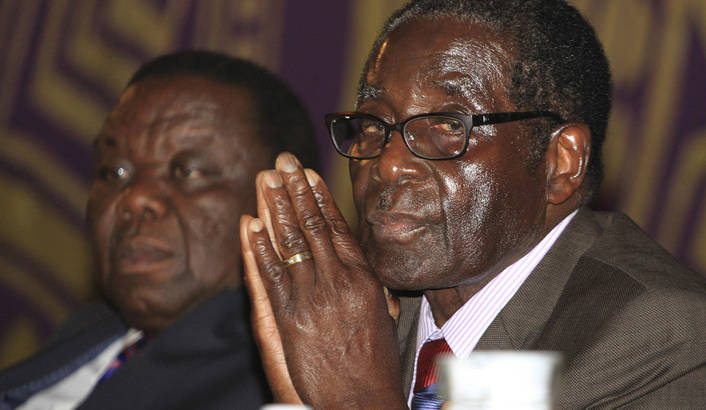 South Africa’s biggest land claim deal has been settled – at a price tag of R1-billion for government. The land on which Mala Mala in Mpumalanga is situated, one of the country’s most luxurious game reserves, will revert to the 15,000-strong Mhlanganisweni community, who were dispossessed of the land. Owner Mike Rattray and land reform minister Gugile Nkwinti are reported to have settled on the amount before the case went to the Constitutional Court in two weeks time, the Sunday Times said. The newspaper reported government spent R1.6-billion nationally to buy land to settle 549 claims and less than R1 billion the previous year on 252 claims. Rattray’s lawyer, Patrick Falconer, said “the owners and the minister are indeed in the same ballpark on the value of the land and improvements”, but declined to specify an amount.

MDLULI WANTS HIS JOB BACK

Richard Mdluli wants his job back but police minister Nathi Mthethwa is reported to be reluctant to let the former crime intelligence boss return to his position. The Pretoria High Court last year indicted Mdluli from “discharging any function or duty as a member and senior officer of the police “after an application by the NGO Freedom Under Law (FUL). The Sunday Independent reported Mdluli claimed he had been charged with any wrongdoing. Mdluli, over the past two years, has been accused of charges including murder, fraud, money laundering and defeating the ends of justice. He returns to court in September for the full review granted to Freedom Under Law.

The National Prosecuting Authority says the prosecutor who had two cases relating to alleged fraud in the Mbombela Stadium tender, will not be disciplined, but is being investigated over another case. Advocate Patrick Nkuna expunged the fraud and theft case against Kaizer Chiefs manager Bobby Motaung, his Lefika Emerging Equity partner Herbert Theledi and former Lefika chief executive Chris Grip. Now the NPA has alleged he withdrew charges against five people accused of fraud and theft in connection with a land-restitution deal in Badplaas, Mpumalanga, considered to be the biggest land restitution scam in South Africa, City Press reported.

SERETI, A SECOND AGENDA, AND THE ARMS DEAL INQUIRY

Judge Willie Sereti has dismissed claims that his commission of inquiry into the multi-billion rand arms deal is suffering a ‘crisis of credibility’. Judge Francis Legodi resigned last week. Evidence leader advocate Tayob Aboobaker resigned two days after Judge Francis Legodi quit. And then retracted that resignation after slamming the commission for nepotism, unprofessionalism and infighting.

And Kate Painting, the commission’s former principal legal researcher, who resigned in March, broke her silence on her reasons for doing so. Painting told the Mail&Guardian the commission had a secret ‘second agenda’. Her words echoed those of a senior investigator who resigned in January, Norman Moabi, who said he could no longer “pretend to be blind” to what was going on. Sereti denied his management style was behind the spate of resignations.

Zwelinzima Vavi will face a disciplinary hearing for bringing the labour federation, the Sunday Independent reports. The move follows the Cosatu general secretary’s admission he had an affair with a married employee. The woman originally accused Vavi of rape, and asked for R2 million to keep quiet about the affair. She withdrew allegations last week. But the labour federation looks set to call for a special sitting of the central executive committee to initiate disciplinary charges against Vavi that include his having sex at the Cosatu’s headquarters with a junior staff member, the irregular appointment of the staff member and bringing the organisation into disrepute. Vavi and his supporters believe his apology should be enough to lay the matter to rest.

The Democratic Alliance has refused to sign the Southern African Development Community Parliamentary Forum (SADCPF) Mission’s majority report on the Zimbabwe elections. Home affairs spokesman Masizole Mnqasela said he, and 14 other observers, do not agree that the elections were free and fair. Mnqasela said his observations indicated the “credibility and fairness of the elections are questionable due to irregularities with the voters’ roll”, which “remains elusive”. He said there “were numerous irregularities with the preliminary voters’ roll and people who were registered to vote were turned away on the day. DA MP Ian Davidson said President Jacob Zuma’s congratulatory message to President Robert Mugabe was “extremely premature” given reports of serious irregularities. He said Zuma had allowed Mugabe to “get away with a farce of an election.”

The provincial government in KwaZulu-Natal’s department of economic development and tourism is battling to recoup R28 million it paid for a concert that didn’t take place. The department partnered with a consortium to stage the North Sea Jazz Festival in Durban, and paid for the South Africa rights to host the international festival. But according to the Sunday Independent, fighting between promoters, rights holders and the department scotched the festival, despite a visit to Holland and rights owners, Mojo, who cancelled due to non-payment. This was despite R28 million being paid to the consortium. The department froze around R11 million and is demanding for full accountability from the local promoters for the R16.9m spent.

Leader of the Association of Mineworkers and Construction Union (Amcu), Joseph Mathunjwa has warned that South Africa is being set up for another Marikana. Business Times quoted Mathunjwa saying the mining industry could be heading in a lethal direction not least because of hostility from the National Union of Mineworkers and the ANC aimed at Amcu. He said members from the ANC had called Amcu members “cockroaches … saying we should be sprayed and eradicated”. Amcu recently walked out of gold sector wage talks, already before the Commission for Conciliation, Mediation and Arbitration (CCMA). Amcu said there was a “concerted effort to portray Amcu as a failed union” despite its massive growth in the sector and the fact it is the largest union on platinum mines. DM