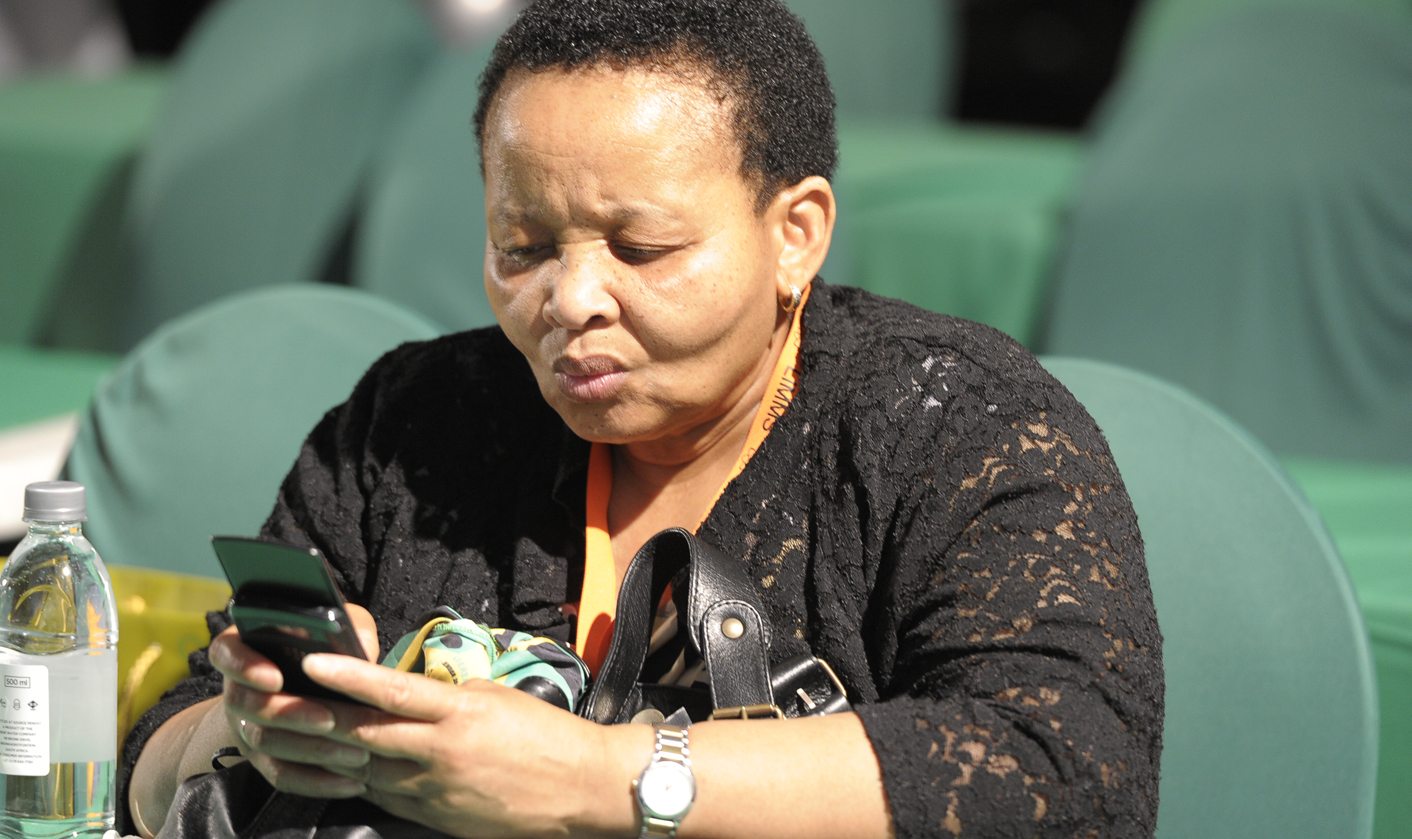 It’s Women’s Month in South Africa, which means that South African women have a whole 31 days to sit back and relax, knowing they’re in the safe hands of a government department working smoothly and efficiently to improve their interests. Oh no, wait, we must be thinking of somewhere else. A report from the parliamentary committee tasked with oversight of the Department of Women, Children and People with Disabilities has revealed the extent to which Lulu Xingwana’s department is an expensive joke. By REBECCA DAVIS.

In late March, the portfolio committee which monitors the DWCPD paid a visit to the department offices. The subsequent report, together with a number of other presentations, was discussed in parliament last Wednesday. The minutes of the meeting are available on the Parliamentary Monitoring Group website, and the picture they paint is of a department mired in utter inertia and mismanagement, manifested in everything from the physical condition of its offices to its shoddy reporting on important data.

There are statements in the latest minutes which practically beggar belief.

“The cleaning contract [for the department offices] ended in March 2013.”

“The Department had not known exactly how many people it employed.”

“The Department listed putting out a statement at a conference as an achievement.”

“A toilet for persons with disabilities had been without a working light for more than a year.”

When the portfolio committee visited the Department offices in late March, their report noted, they found the building to be “unsuitable and dirty”. Reception lacked security. Computers were a scarce commodity in offices. Due to a lack of filing cabinets, documents were stored “on piles on the floor”.

“I was very disgusted and dismayed,” DA Shadow Women’s Minister Helen Lamoela, who is currently on a health break, told the Daily Maverick on Thursday. “There were dirty carpets, air-conditioning units not working, and no tools for trade. By that I mean, there was one gentleman in communications sharing a desk-top computer with one of the officials.”

As a result of the embarrassment of these conditions, it’s implied, the portfolio committee ended up holding a planned workshop with the department in a hotel instead of at the department’s offices, at considerable expense. The department defended this on the grounds that the offices did not have enough space to serve lunch.

“We do not go to departments to have glorious dinners and lunches and whatever,” Lamoela countered on Thursday. “We go there to work. And we are here to empower women! Why not get some local women to make us some sandwiches instead?”

The offices’ unpleasant condition is undoubtedly a manifestation of the deeper rot, but it was by no means the most damaging accusation raised by the portfolio committee. Among the charges of the committee are that researchers would do a better job of running the department than actual officials; that the department may be deliberately misleading Parliament as to its achievements; and that Minister Xingwana has “rage attacks” when confronted with “uncomfortable facts”.

The committee found “numerous” examples of inconsistent data being provided from the Department to Parliament. In June 2013, for instance, the Department claimed that it had achieved 14% of its targets on Children Rights for 2012/13, and a month later hiked this figure up to 68%.

“I first made the observation to the committee last week, that we might have a serious situation where the Department is making itself guilty of misleading Parliament by providing us deliberately with wrongful information,” IFP MP Liezl van der Merwe, a member of the portfolio committee, told the Daily Maverick.

“How else do you explain the fact that when they submitted documents to us before the recent Parliamentary recess, the documents had certain facts, figures and targets pertaining to historical documents, but when they submitted the documents a second time, ahead of our workshop last week, this historical information had changed? In some instances programme targets had increased or decreased and in at least in once instance their success rate had increased exponentially.”

Neither Van der Merwe nor Lamoela could say whether the Department’s inconsistent reporting on programme targets was a result of intentional deception of a reflection of internal confusion. “Both scenarios are extremely disconcerting, to say the least,” Van der Merwe said.

At the meeting last week, Lamoela also expressed concern – not for the first time – about the amount of money spent by the Department on administration: largely staff.  Last year’s financial report indicated that the Department had spent R25 million on retrenchment packages and R14 million on performance bonuses.

“That figure of R25 million on retrenchment packages was shared by four people,” Lamoela says. “To me it is unacceptable. How on earth can R25 million be paid out to four people for termination of service, knowing that the department had only been up and running at that stage for three years?”

When Van der Merwe raised the question of performance bonuses in parliament, Xingwana reportedly explained that it was a “printing error”.

Lamoela doesn’t think this is possible: “How could it be a printing error when the budget was still balancing?”

The lack of concrete outcomes for the Department is indisputable, and has been raised by the Daily Maverick before. But lest one thinks that the Xingwana-bashing should be taken with a pinch of salt coming from opposition MPs, there are indications that even within Xingwana’s own camp, patience is faltering.

At last week’s portfolio meeting, the voices calling for Xingwana’s replacement were not limited to Lamoela, Van der Merwe and COPE MP Buyiswa Diemu, who declared that the Minister “had to be replaced”. The committee chair, ANC MP Dorothy Ramodibe, is also on record as having stated that “the Minister or the personnel had to change in order to make [the department] work.”

When your own MPs are suggesting it might be best for you to resign, you know things must be seriously amiss within your department. (Ramodibe did not respond to the Daily Maverick’s request for comment, and neither did DWCPD spokesman Cornelius Monama.) After Wednesday’s disastrous meeting, Xingwana cancelled a subsequent meeting in order to meet with the family of murdered lesbian Duduzile Zozo.

There, a friend of Zozo’s slammed Xingwana for her “sudden change of heart”. She was referring to the 2010 incident when Xingwana, in her capacity as Arts & Culture Minister, stormed out of a photography exhibition by award-winning artist Zanele Muholi because it contained pictures of nude lesbians. “Our mandate is to promote social cohesion and nation-building,” Xingwana said at the time. “I left the exhibition because it expressed the very opposite of this. It was immoral, offensive and going against nation-building.”

Lamoela says Xingwana’s current department is an expensive failure. “We’ve spent R500 million on this department and we’re not making inroads. We’re not reaching our targets. How come [Xingwana] survived the cabinet shuffle? She claims to be the champion of women, children and people with disabilities but I don’t see any positive developments.” DM